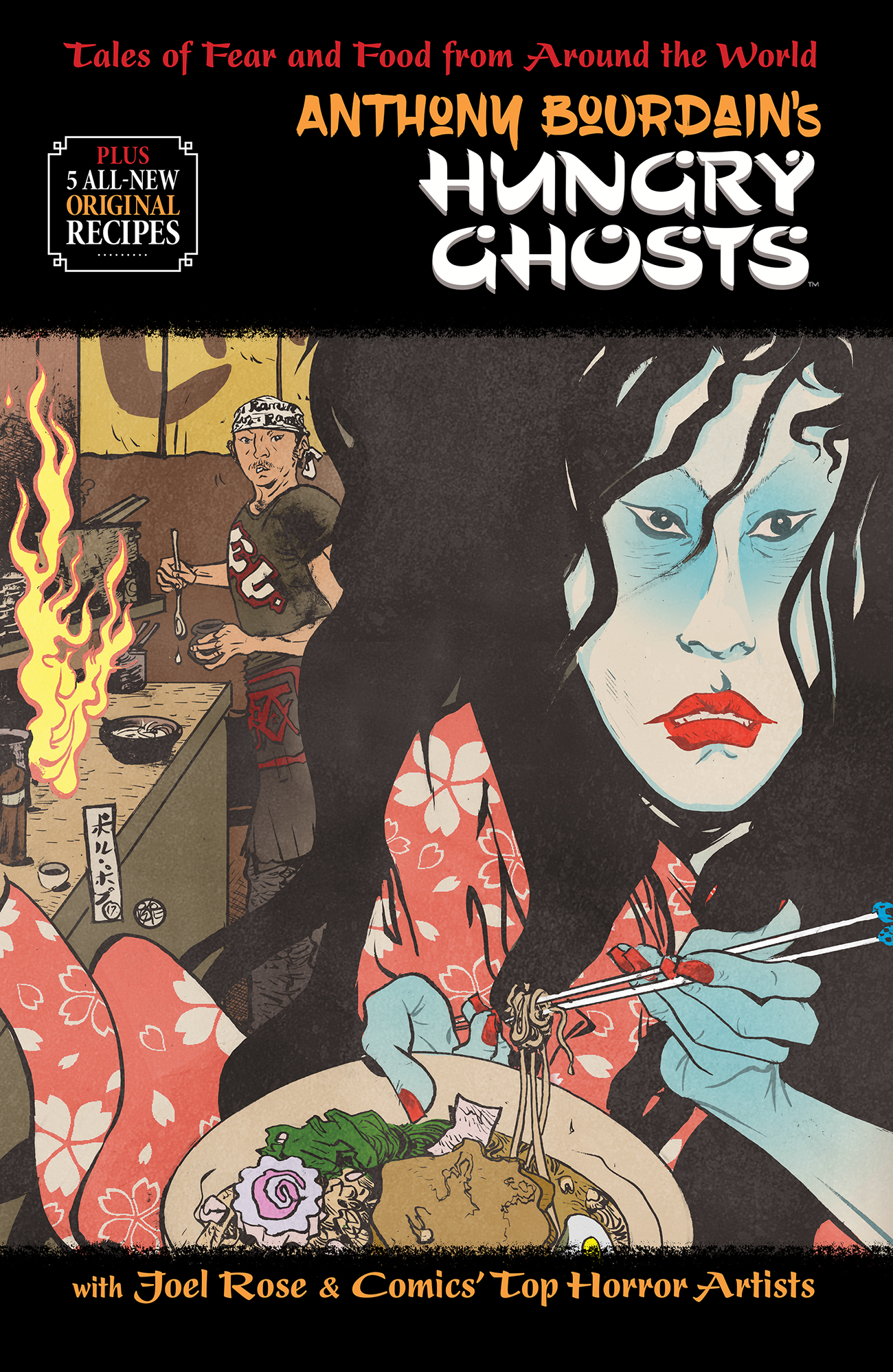 In addition to his brilliant television shows, books, and career as a chef, did you know that Anthony Bourdain also wrote comic books? His first series, Get Hiro! (and its follow-up, Get Hiro: Blood & Sushi), focused on a culinary mafia war in a futuristic Los Angeles. Earlier this year, Bourdain re-teamed with his writing partner from that series, Joel Rose, (as well as with Will Eisner Comic Industry Awards Hall of Fame editor Karen Berger) for a new series from Dark Horse Comics, titled Hungry Ghosts.

Hungry Ghosts is a series of horror stories inspired by the popular Japanese Edo Period parlour game of Hyakumonogatari Kaidankai, or the “game of 100 Candles,” where players tell each other scary stories, blowing out a candle after each one, until the room is dark and spirits have been invited inside.

Bourdain and Rose’s graphic novel substitutes chefs in place of the traditional samurai, dared by a Russian oligarch to play the game on a dark, eerie night. In addition to the classic stories of yokai, yorei, and obake (all terrifying forms of supernatural beings), the tales all share a common thread that you might expect from Bourdain’s work: food.

Bourdain was famous for using food and writing to explore other cultures and bring together different traditions in a genuine, respectful, and celebratory way. Karen Rinaldi—publisher of Harper Wave, Bourdain’s prose editor, publisher of Kitchen Confidential, and wife of Joel Rose—says, “First and foremost, Bourdain was a writer. Besides spending two decades writing and creating for television, Bourdain penned 14 books and had other works in progress when he died; he took storytelling seriously. Stories are how we connect and, in a world where real connection seems to be losing ground, Bourdain was there to help others claw their way back up. His gift was to connect cultures and people by finding what there was to honor, to share, and to be grateful for, even in the most tenuous of circumstances or in the least expected places.”

The full-color, hardcover graphic novel containing the whole Hungry Ghosts series is out today, October 2nd, and we’ve got an exclusive excerpt for you. The following is part of the story The Snow Witch, drawn by Irene Koh. Check it out and let us know what you think below. (Click to enlarge.) 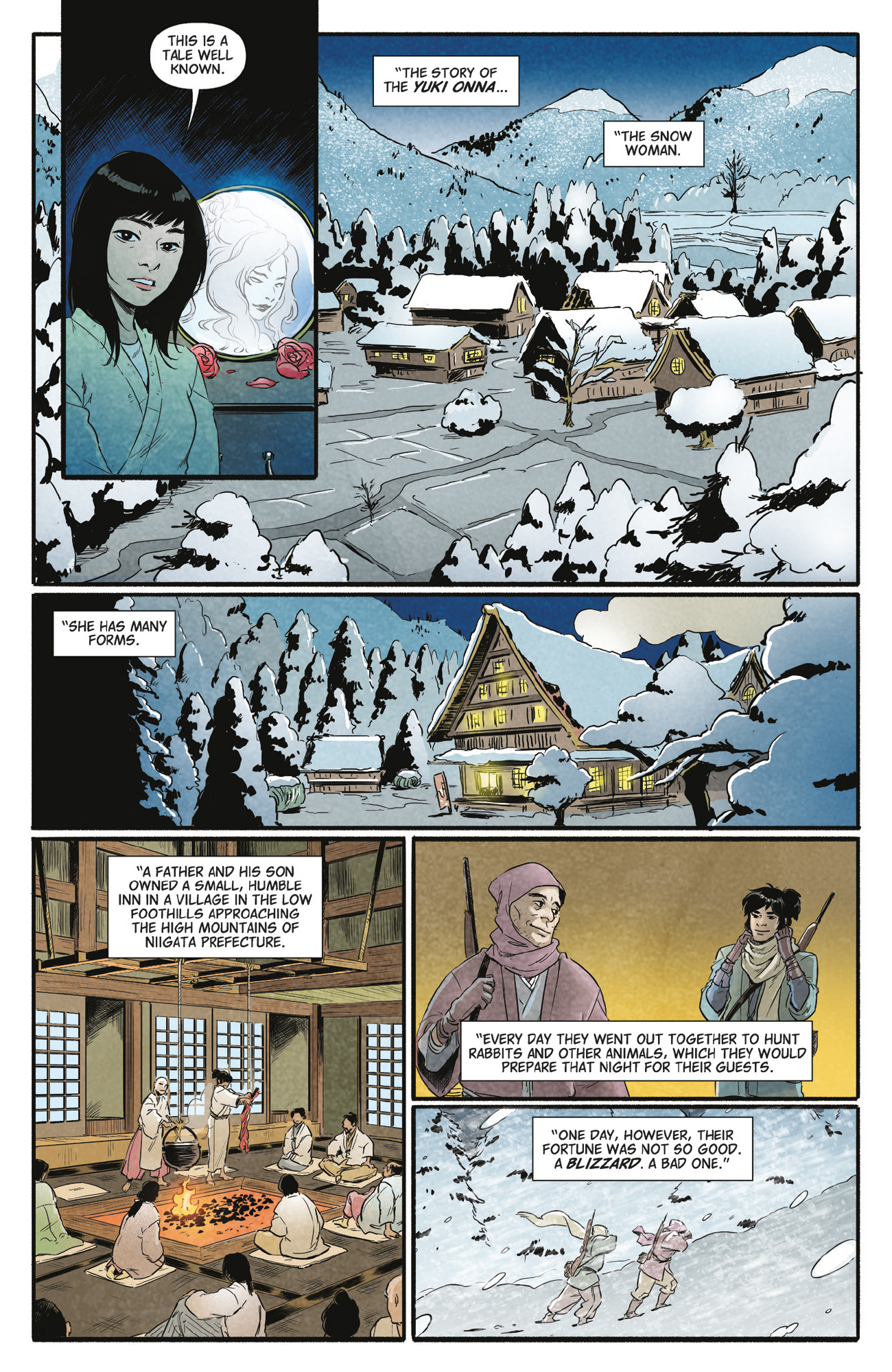 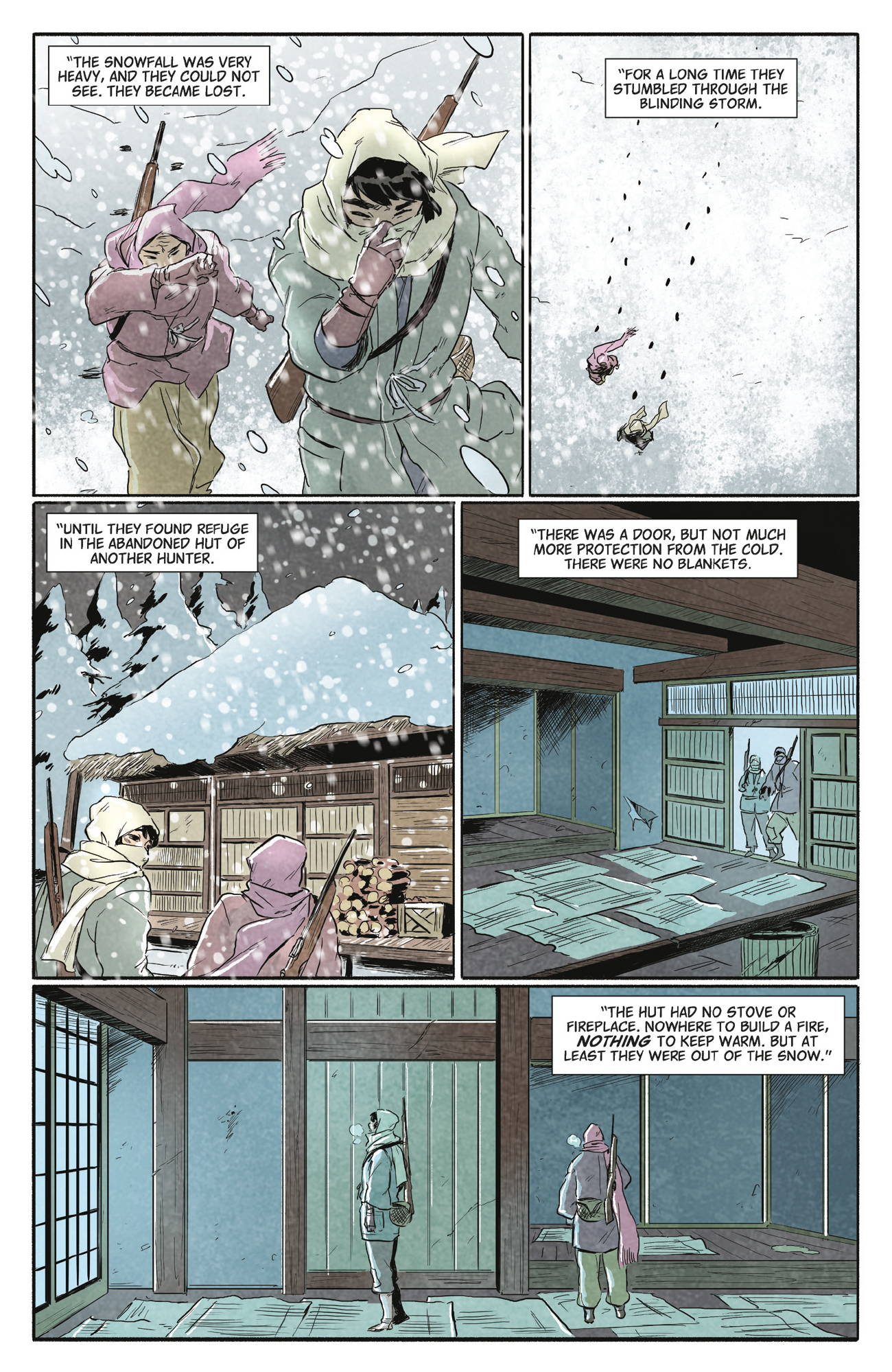 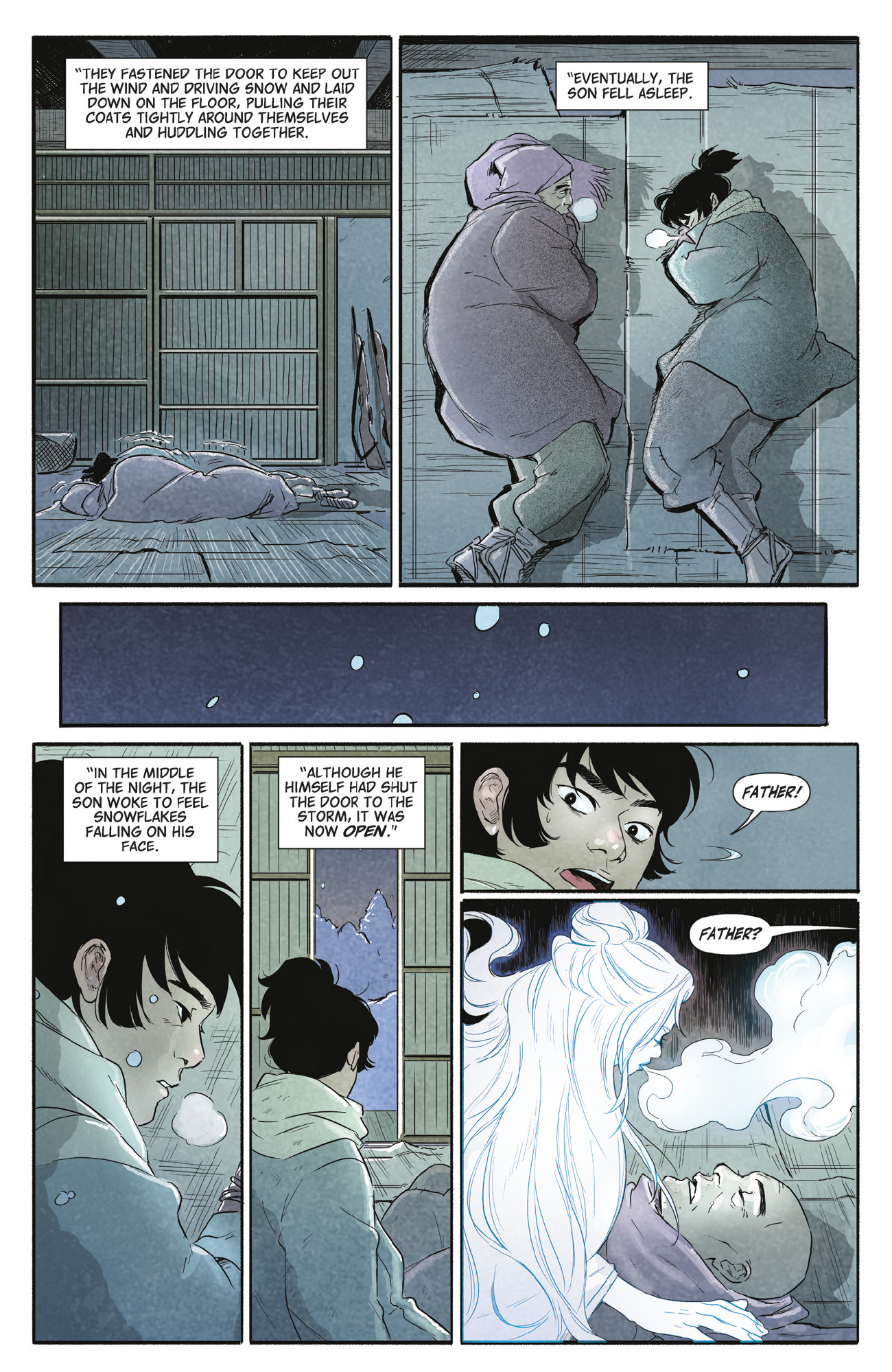 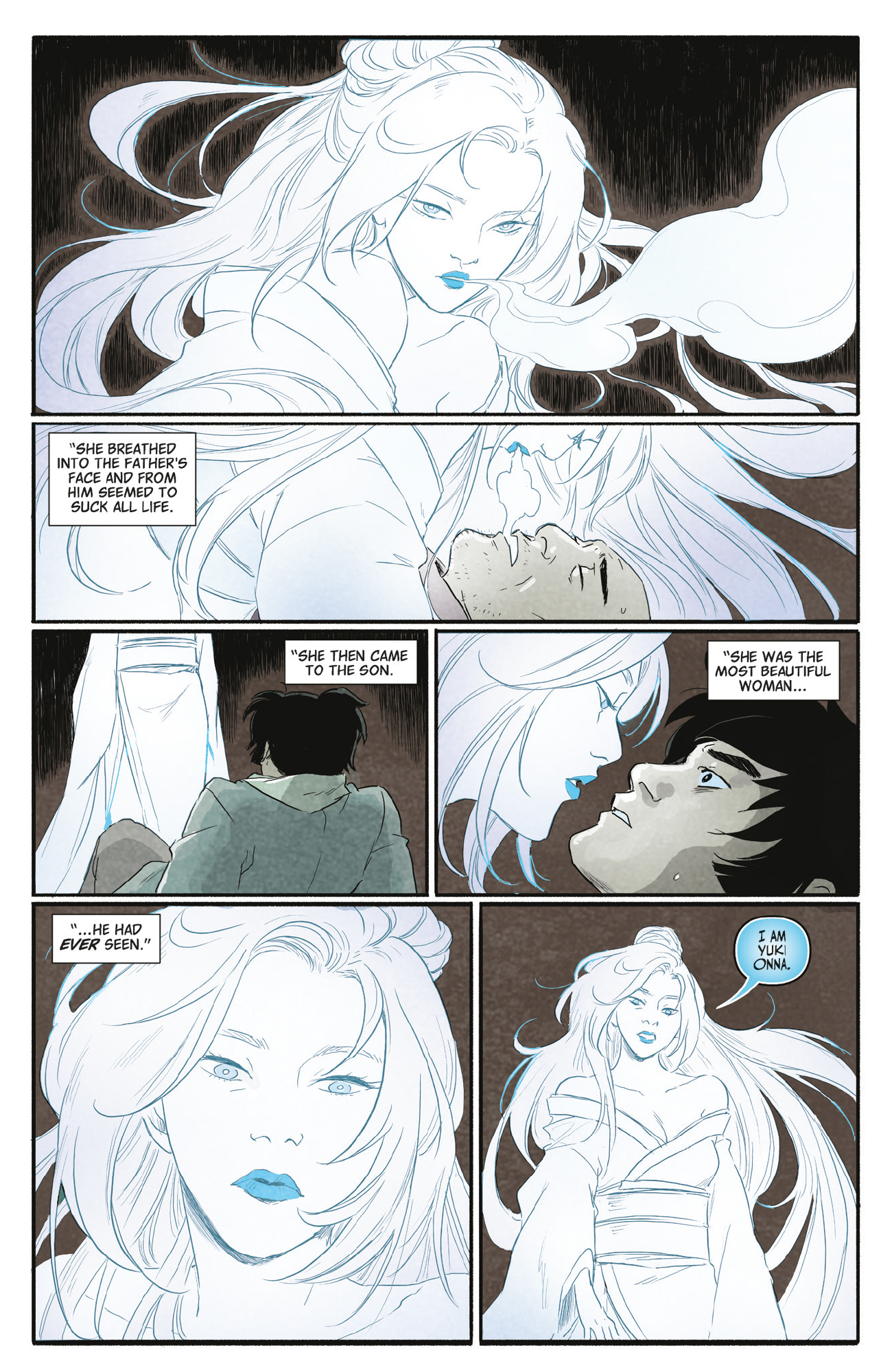 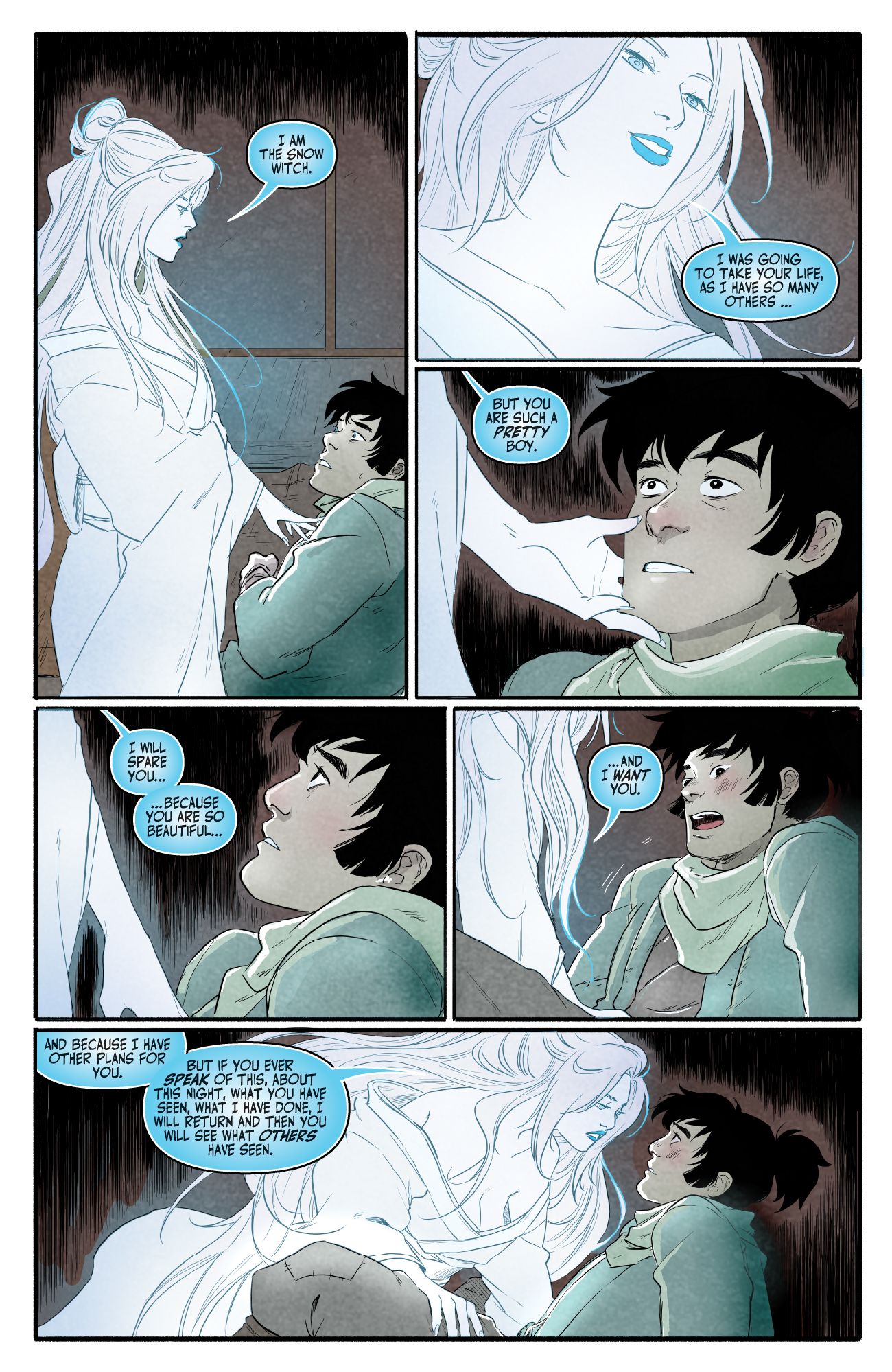 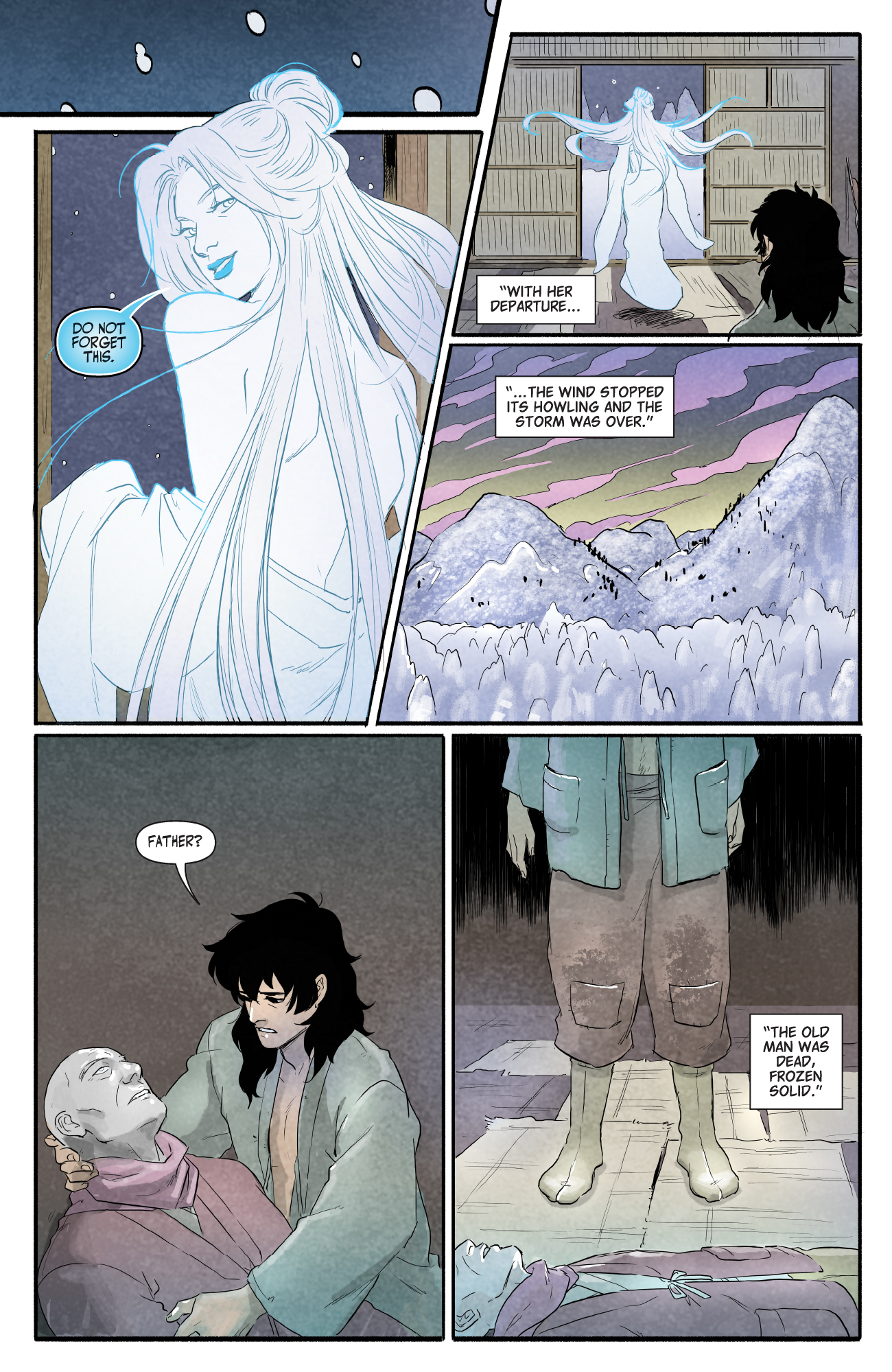 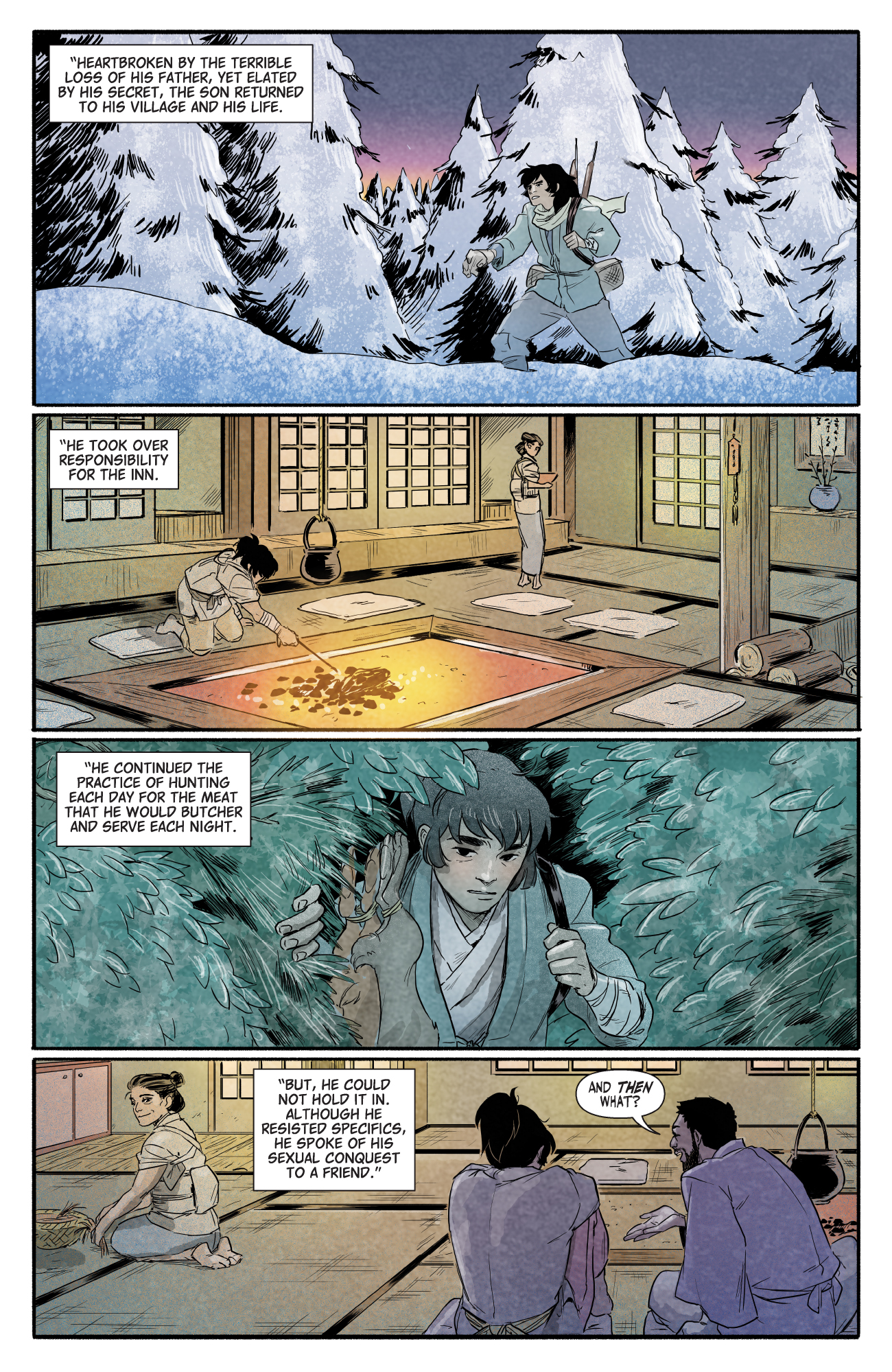 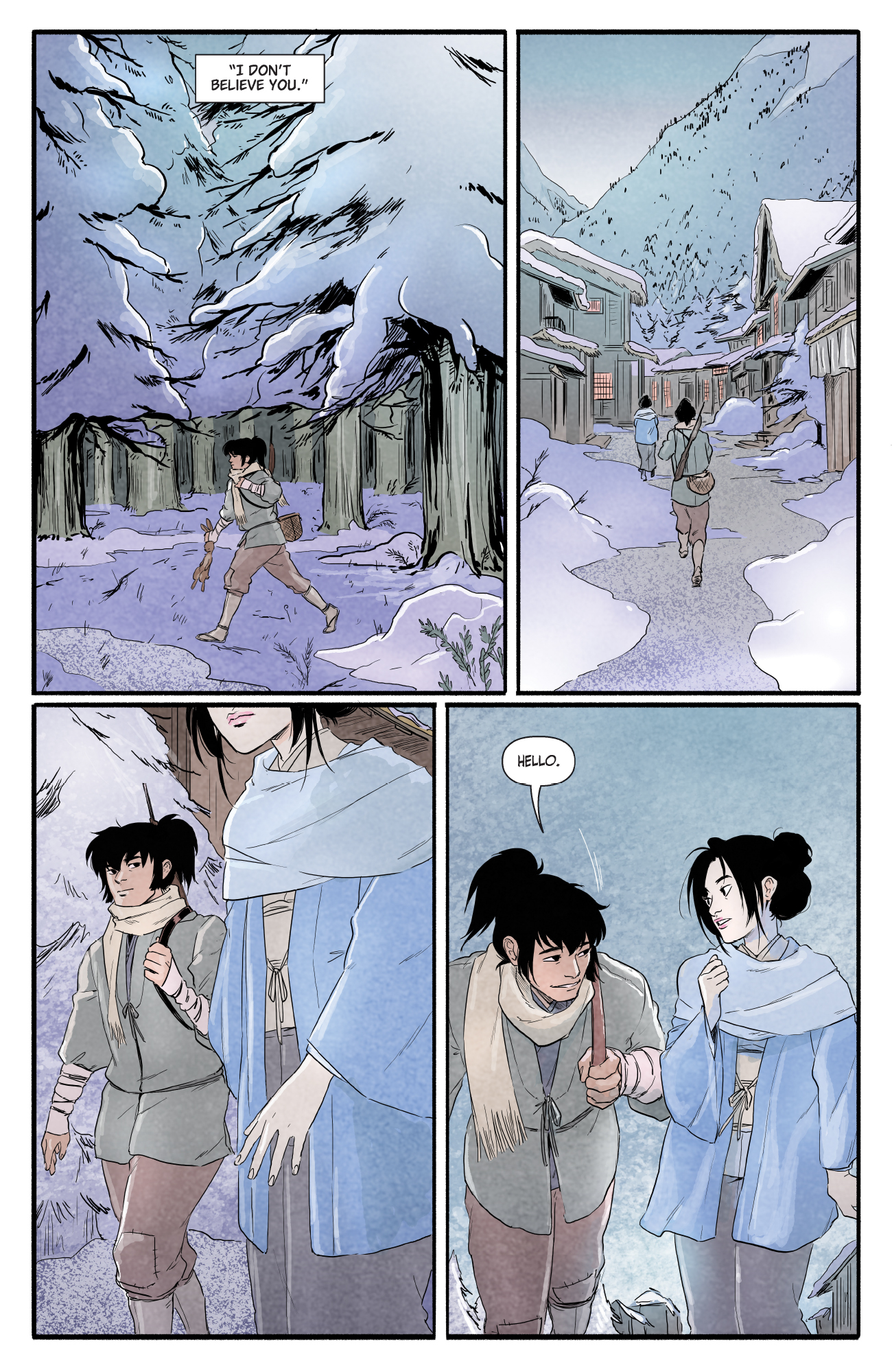 In addition to the series itself, the hardcover graphic novel contains some cool bonuses, including 5 all-new original recipes prepared by Bourdain, an extended dedication and beautiful send off to Bourdain written by Rose, and a guide to the legendary spirits in the book. In addition to Koh, the other artists featured in the book are Sebastian Cabrol, Vanesa Del Rey, Francesco Francavilla, Leonardo Manco, Alberto Ponticelli, Paul Pope, and Mateus Santolouco, with amazing color by Jose Villarrubia. The cover art is by bestselling comics artist Paul Pope.

Hungry Ghosts is available online and in stores today.