The WTF Comics Club is a monthly reading group for Women, Trans, and Femme-identified fans in Minneapolis. In its second year, the club is taking a look at some of the major comic book “must reads” and asking, “Must we really read this?”

Published in installments from 1980 to 1991, Maus recounts the life of Spiegelman’s father, Vladek, and his struggle for survival in Nazi Germany. The book also shows the conversations between father and son as Art attempts to get his father to tell the story in a straight line and highlights the tensions in their relationship. Also, they are mice.

Along with other contemporary titles, Maus’s critical and commercial success went a long way toward legitimizing graphic novels in academic and literary circles, and winning a Pulitzer in 1992 didn’t exactly hurt. It paved the way for future biographies and memoirs in comics form, like Alison Bechdel’s Fun Home and Marjane Sartrapi’s Persepolis, and despite Spiegelman’s hesitation about the term, it also helped solidify “graphic novel” in the public vocabulary. Since its publication, Maus has continued to be a subject of study and discussions about comics, history, art, identity, and family dynamics. Most members of the WTF Club, even comics newcomers, had already read it, and they were all happy to read it again.

In terms of genre, Maus is difficult to define, but that’s not a strike against it. We can all agree that it’s a comic about the Holocaust, and if that isn’t complicated enough, it’s as much about Spiegelman’s family history and strained relationship with his father as it is about purges and death camps. Seeing Vladek in the “present” as he tells his story lends an urgency and sympathy to his narrative, while seeing the man he once was—or remembers himself to be—makes the sick, irritable old man that much more tragic.

Oh right, and the mice. Here’s the thing about the mice:

Maus is brutal. It puts the reader face-to-face with some of the most horrific events of recent history and forces us to witness it through the eyes of someone who was there. Just as Vladek describes crawling over piles of dead bodies, Art draws them in stark simplicity, their faces drawn and hollow. There are no fades, no cutaways, and no punches pulled. The only relief granted is the occasional shadow play or silhouette of something awful happening around a corner. In another book, the relentless horror would be unbearable. Except that they’re mice. There’s something to be said for how Spiegelman uses animal faces to make a statement about ethnic identity and racism, but the anthropomorphic mice also allow the reader a measure of psychological protection from the violence. Had the characters been drawn with human faces, Maus might be completely unreadable.

So yeah. Mice. Also cats, pigs, deer, and dogs, all of whom are written with remarkable humanity. Throughout Vladek’s story, he describes brief encounters with a variety of characters, some significant and some only there to deliver a few lines, but they are all realistic. It’s easy to believe that every character walks out of the frame and into their own story, a point which Spiegelman emphasizes in recounting conversations with other Holocaust survivors. His father’s story is only one among many, and all stories are equally worth telling. 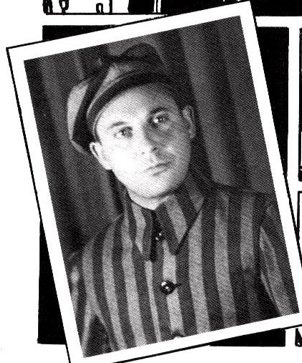 However, there are two stories of which we are given not nearly enough: Art’s mother, Anja, and stepmother, Mala. Anja, who died by suicide ten years before Art began recording his father’s story, is defined by her absence. Vladek tells Art that she kept journals, writing about her time in Auschwitz, but that he burned them all after her death. We know about the events of her life, but none of it is in her own words; even in her dialogue, her voice is unclear. One of our readers observed that the entire story is the slow stages of Anja dying, and the sense of loss felt by father and son is certainly a tangible element throughout the book.

Mala, on the other hand, is a complete mystery. Like most of the other characters we meet in the “present,” she is a Holocaust survivor, but we are told nothing of her life before the war, how she met Vladek, or how they wound up in a contentious, argumentative marriage. If Spiegelman ever spoke with her about her experiences, as he did the other survivors, those conversations aren’t recorded in Maus, a confusing omission in an otherwise rich and honest book.

The WTF readers all connected to Maus in different ways, and many remembered reading it for class or having it recommended to them. The members of the group from Jewish backgrounds discussed the significance of the book in relation to their families and what they knew of relatives who had survived or escaped the Nazi regime. There are certainly deeper criticisms to be made of Maus from a feminist perspective, but the short version is that, whatever its faults, it stands up as a work and as a piece of comics history. The WTF vote is unanimous: You must read this book.

The books for WTF Reads were determined by cross-referencing recommendation lists from four online publications: Forbidden Planet, Empire, BuzzFeed, and Complex . Titles were then selected based on a number of criteria, including popularity, importance, accessibility, and thematic continuity. Popular Ratings are on a five-star scale, averaged from ratings across Comixology, Amazon, and Barnes and Noble. WTF Ratings are on a five-monkey scale, averaged from ratings by club and community members. Only books that receive five monkeys will be preserved after the gender apocalypse.

(all images via Pantheon Books)