Will the NYT Ever Fire Bret Stephens? | The Mary Sue

Why in the World Does the New York Times’ Bret Stephens Still Have a Job? 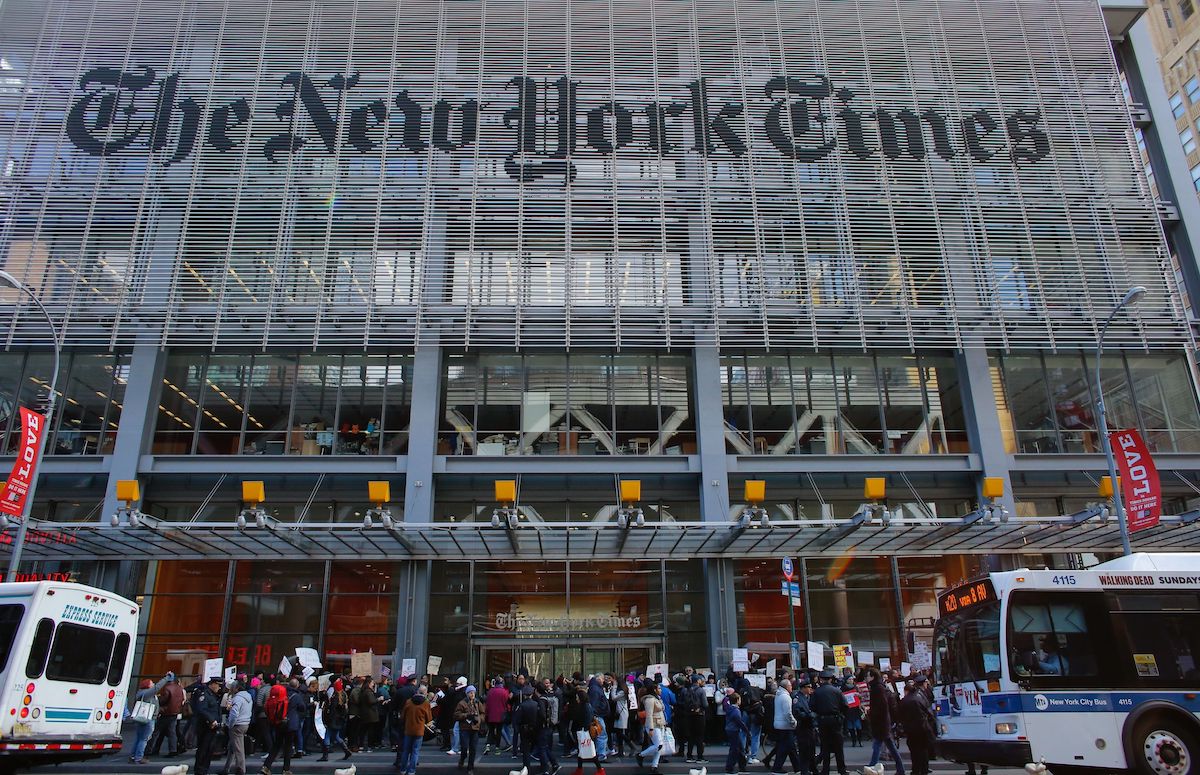 The New York Times’ Bret Stephens is back with another terrible op-ed. In his latest column, titled “The Secrets of Jewish Genius,” Stephens explores the idea that Jews–specifically Ashkenazi Jews–”are, or tend to be, smart,” thanks in part to a genetic advantage as well as a cultural one. As evidence, he cites a 2005 paper that has not just been debunked (by the NYT, no less!), but which was written by a white supremacist.

The paper continues to pop up on racist threads on 4Chan, Reddit and on websites such as Stormfront, whose mission statement specifies that Jews are pathologically deceptive, and that it is in the blood.

Its co-author, by the way, is a totally unqualified giant homophobe.

If you’re wondering what in Cochran’s educational background prepares him to speculate on Jewish IQs and gay viruses, the answer’s “not much.”

He has a PhD — in physics. He works in optics. But hey, “in recent years he has become interested in modern biology.” pic.twitter.com/B54Slq7i0f

After a weekend of outrage, cancelled subscriptions, and seeing their tweet of the article ratioed, the Times removed the reference to that paper and added a lengthy editor’s note. Weirdly, though, the note isn’t so much a correction as it is a defense of Stephens.

The note insists that it wasn’t Stephens’ “intent” to imply “that Jews are genetically superior,” despite the fact that he literally says (quoting that bogus racist paper) “Ashkenazi Jews have the highest average I.Q. of any ethnic group for which there are reliable data.”

The note then quotes from the article itself, saying that after citing the paper, Stephens “went on instead to argue that culture and history are crucial factors in Jewish achievements and that, as he put it, ‘At its best, the West can honor the principle of racial, religious and ethnic pluralism not as a grudging accommodation to strangers but as an affirmation of its own diverse identity. In that sense, what makes Jews special is that they aren’t. They are representational.’ We have removed reference to the study from the column,” it reads.

As someone who spent a decade reporting on editor’s notes and corrections at the NYT and elsewhere, this one strikes me as strange. An editor’s note is appended for a serious error, omission etc. This reads like editors making excuses and covering for Stephens. https://t.co/CMUebTfBnN

It is so weird how the @nytimes treats this as if it’s a normal error. It is not. It’s a failure of a bad columnist, a failure of editing. A failure to listen to feedback. https://t.co/IIsIuKCSJs

The article has also changed its subheader from “It’s not about having higher I.Q.s.” to “It’s about thinking different.”

Me, a teacher: I’m very concerned that you’re regurgitating Nazi ideas.
Bret Stephens, a student: But I cited my sources.
Me: Your source was debunked garbage authored by white nationalists!
NYT, the student’s parent: we have removed the citations. A+ please!

It’s not like this is surprising coming from Bret Stephens. This is the same guy who called climate change a “mass hysteria phenomenon” and described the Palestinian mindset as “a communal psychosis.” He said the campus rape epidemic is overblown if not entirely “imaginary.” He said Woody Allen has been “smeared,” writing that “If Allen is in fact a pedophile, he appears to have acted on his evil fantasies exactly once.” Which, guess what, is still too many times.

What is surprising is that he still has a job at the New York Times. When they hired Stephens in 2017, they defended their decision by saying that “to pretend like the views of a thinker like Bret, and the millions of people who agree with him on a range of issues, should simply be ignored, that they’re outside the bounds of reasonable debate, is a really dangerous form of delusion.”

Are they really that committed to appearing to have a both-sides balance that they’ll just never fire their blatantly racist, sexist, anti-science mouthpiece? Is it that they value the rage-clicks (which Stephens definitely delivers) more than the integrity of their paper? There’s no good answer here.

(image: KENA BETANCUR/AFP/Getty Images)
Want more stories like this? Become a subscriber and support the site!