What the Hell Is a Scaramucci Post? | The Mary Sue 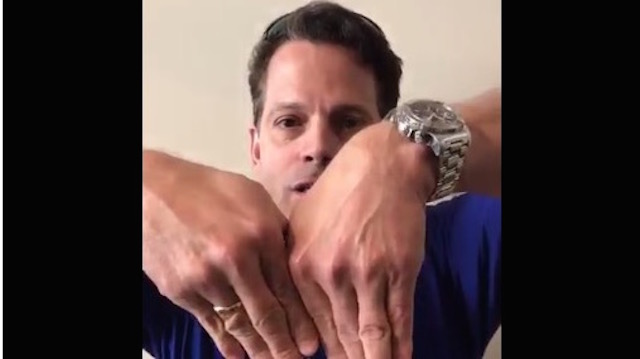 Anthony Scaramucci only spent ten days as White House Communications Director before being pushed through the revolving door of Trump firings. For most of us, that was longer than we wanted or needed. Yet the Mooch is dead-set on giving the people what no one was asking for: More Mooch.

And of course there’s merch potential:

Also, there was the day he discovered emojis. 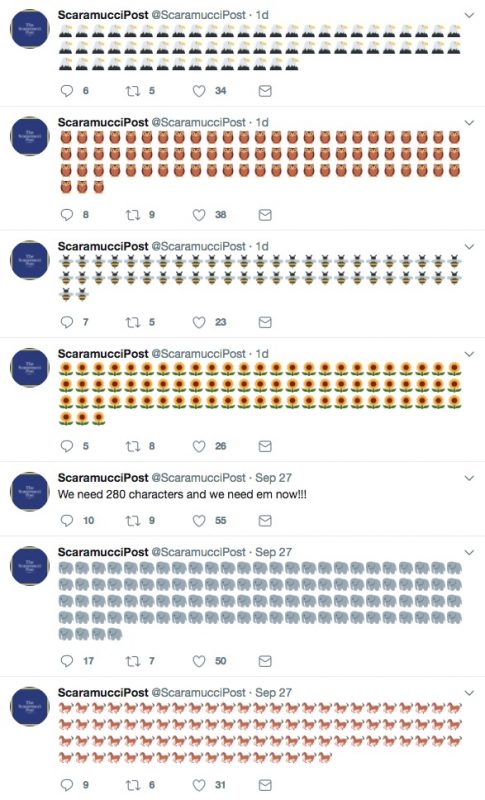 After all that build-up, he’s finally posted a video meant to explain exactly what the Scaramucci Post is all about. And it’s still gibberish.

Basically, the Scaramucci Post is anything that would work on a bumper sticker. It’s the middle lane on a two-lane highway. It’s “everything in moderation, including moderation.” It’s about “what’s right and wrong in society right now, as opposed to what’s left and right.” Cool platitudes, dude, but what does that mean?

Scaramucci says his Post will talk with the American people about “what’s going on in the society and how we can make this society better.” Among other things, they’ll be providing “a rationalization of what’s going on in the media,” to help people distinguish between real and “fake” news.

Now, that’s an important endeavor, and something the American people badly need. But how freaking obtuse do you have to be to think that Anthony Scaramucci–a man who has been at the center of Trump’s propaganda machine, who sold out his Clinton-supporting values (not to mention his company and family) for a chance to go on television and profess his love for Trump–is the person to do this? Who actually thinks he is a reliable source of anything?

Can we just fast-forward to his inevitable stint on Dancing With the Stars and be done with him?