Coachella Owner Revealed to Be Anti-LGBT, Anti-Abortion, and in Denial About Climate Change

Climate change denial? Has this guy even been to California? 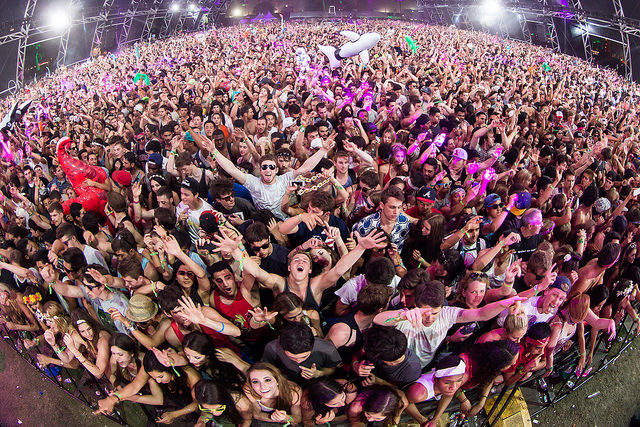 Coachella is, by most accounts, a massive party full of at least somewhat progressive folks—granted, sometimes mean and very self-centered folks, but progressive nonetheless. This obviously extends to many of the acts booked to play Coachella, many of whom are staunch, vocal advocates for very liberal causes.

The same can’t be said, however, for the CEO of the company that owns the festival, Phil Anschutz. Last July, the Washington Post revealed that Anschutz was one of many millionaires who donated to the Alliance Defending Freedom (ADF), a group who “advocates for your right to freely live out your faith.” Roughly translated, that means they’re a group of anti-abortion, anti-same sex marriage advocates, who fight in the name of preserving “religious freedom.”

Anschutz also donates to the National Christian Foundation, who advocates for many of the same causes, and the Family Research Council—which is, of course, classified as an “extremist group” by the Southern Pacific Law Center.

Essentially, money into the festival means money into Anschutz’s pockets, which in turn means money into the pockets of the above anti-LGBT anti-abortion organizations. Also, Anschutz has previously pressured many of his media holdings to push climate change denial agendas. It’s concerning, to say the least, especially to the countless sold out crowds that have pilgrimaged to Indio, California for nigh on 15 years now. (Goldenvoice took over hosting/commercial sponsorship duties in 2001.)

What’s to be done?

Well, Coachella 2017 just sold out as of yesterday, with a bulk of festival passes for both weekends selling out in a matter of hours. The pre-sale, which took place last year, sold out within minutes. For everyone, advance ticket sales are final, which means they aren’t getting their money back—at least, not from Goldenvoice/AEG/Anschutz. While there is a hefty (and notoriously cutthroat) re-sale market already up (Weekend 1 passes are going for $1500 bid on eBay), reselling a ticket wouldn’t be sticking it to anybody, save for whoever you might gouge if you scalp your ticket.

Making people aware of Anschutz’s leanings and being conscious of this fact yourself when the tickets for 2018 go on sale, however, might be a good move. It’s something to keep in mind, to be sure.