It's not exactly Puppygate, but... 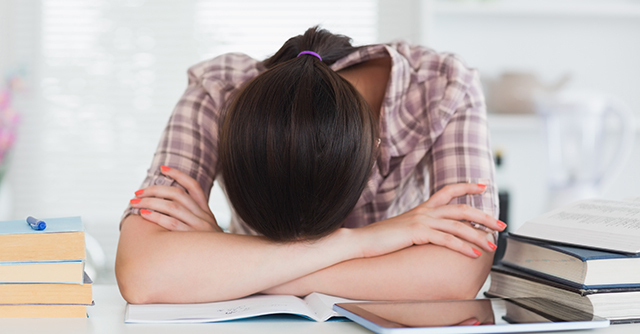 According to some research done by novelist Nicola Griffith, if a book is written about women or if it’s from the female perspective, then it’s not likely to win an award. She took the results from a selection of major awards within the past 15 years and separated them down into different categories focused around the gender of the author and who the book was about.

When women win literary awards for fiction it’s usually for writing from a male perspective and/or about men. The more prestigious the award, the more likely the subject of the narrative will be male.

She also provided her data in some handy charts. 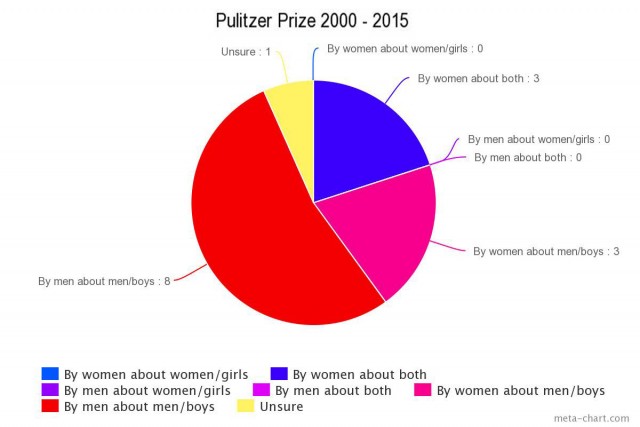 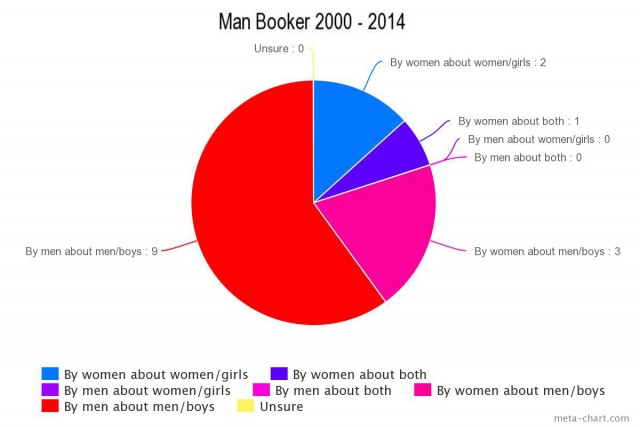 Interestingly enough, the Newbery Medal, awarded to YA novels, had a bit of a better showing. But only a bit. Griffith said, “Women wrote wholly from girls’ perspectives 5 times—and men wrote so 3 times. Girls, then, are interesting. Girls count.” 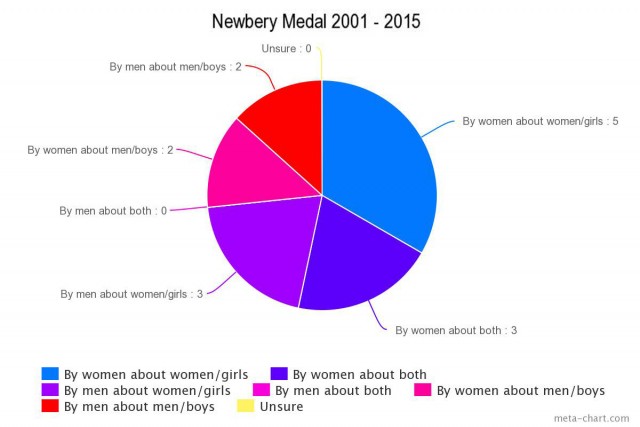 In a not so small way, the results argue that authors are being incentivized to write solely on the male perspective, regardless of how the author identifies. There is a certain “prestigiousness” factor to each of the awards, with the Pulitzer sitting at the top and the Newbery sitting right at the bottom (because YA is bad, or something? *snrk*). So it’s interesting to note that the one award that seems to have a fairly more diverse winner pool is the one that sits at the “bottom” of the prestigious award totem pole.

The further granularity that Griffith introduces by including the author’s gender is also intriguing in that a good chunk of the awards are going to women who write about men/boys. She wonders if women are self-censoring or if it just downright doesn’t sell to write about women/girls.

After the debacle that happened around this year’s Hugo Awards, it’s clear that something needs to change in the world of writing awards.

(via Jezebel, images via NicolaGriffith.com)