Why Are We Still Fighting About YA Lit?

It's more complicated than "read what you want." 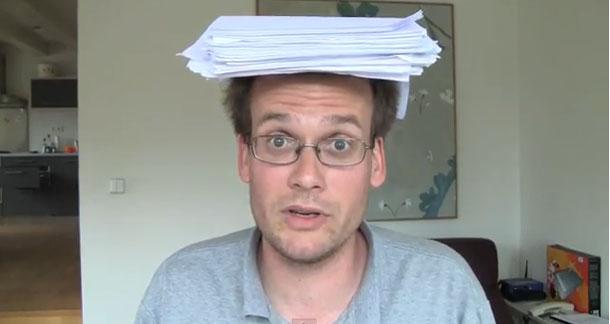 Over the summer, Slate magazine’s Ruth Graham ruffled some feathers by attacking the great guilty pleasure that is Young Adult Literature. The main thrust of the article involved Graham waggling her shame finger at the number of grown-ups who seemed to be stuck in Neverland—refusing to read “proper” novels in favor of the latest John Green tearfest or a dystopian sexy teen death duel.

What really had Graham up in arms was the fact that these grown-ups didn’t even have the decency to admit that what they were reading was drivel: some even dared to claim that books like The Fault in Our Stars or The Perks of Being a Wallflower had honest-to-goodness literary merit. But she wanted to clarify that she was not unreasonable—Graham stressed that it was certainly possible to write a great book about teenagers (without providing any firm examples), however what she took exception to was the dreamy, nostalgic and uncritical approach that so much YA lit takes.

Where was the retrospective realism? Why was it all so satisfying?

Naturally, some people disagreed with Graham, espousing many of the same familiar arguments: that people should be able to read what they like; that a failing book industry should try to prop itself up any way it can; and—perhaps most controversially—that YA Lit is going through a renaissance, and it makes sense that adults want a piece of that.

Amidst the back-and-forth, the most obvious argument was continually overlooked: If you stripped all of these cretins of their access to YA, what would they read instead?

Would Graham be satisfied if everyone put down their dog-eared copies of The Hunger Games in favor of Grisham-y fare about lawyers and sleeper agents and pandemics and spies? Or alphabetic detective fiction? Or stories about flashy New York 20-somethings who work in PR and gush about shoes? Or the half-baked conspiracy theories of Dan Brown? Or semi-autobiographical accounts of middle-aged American women discovering their sensuality in the slums of India?

You can’t argue that those aren’t books written by and for and about adults. So why do we know—without asking—that Graham and people like her would still wrinkle their noses at these unquestionably grown-up offerings?

Sure, YA lit is an easy target because it’s enormously popular. But what I suspect is that it’s bearing the brunt of criticism at the moment because it’s easier for book snobs to set sights on the tastes of adult YA readers. After all, it seems more logical to say, “You’re not a teenager—stop reading books written for teenagers,” than it is to say, “John Grisham’s books are poorly written.”

The former operates under the pretense of an objective fact: adults shouldn’t be reading children’s books. The latter reveals itself for what it is: snobbery. And yet could anyone argue that if I pulled a sentence out of Paper Towns that it wouldn’t be at roughly the same reading level as The Pelican Brief? As for escapism, I feel confident in arguing that there is just as much of a lack of perspective, subtlety, hard truths, and realism between the covers of Something Borrowed as there is in Eleanor & Park.

I don’t read YA fiction as I used to, but I don’t think I deserve a pat on the back for that. I have a degree in English and, post-graduation, I try to keep challenging myself with tricky or complex literature. Every now and then I’ll kick back with something stupid, but I think that where so much of this argument over YA Lit has derailed is in the assumption—on both sides—that the fight was over people like me: “good” readers who had been converted to the dark side of unworthy books. Or else that people who might have given Moby-Dick a try are being lead astray by The Maze Runner.

While plenty of dyed-in-the-wool, serious bibliophiles have read their fair share of YA Lit into their 20s and beyond, the vast majority of people reading YA lit as adults are people who, if John Green didn’t exist, would be reading about spies or shoes or European trips of female self-discovery instead. And I don’t mean that in a patronizing way. The average film major is probably not waiting in breathless anticipation for the next Adam Sandler movie—and yet more people will go see Grown Ups 7 than Lars von Trier’s next gloomy, surreal, “difficult” film.

Unless you love a medium and have been taught to think critically about it—and, most crucially, enjoy that process of critical thinking—you tend to use entertainment for the purpose of being entertained. Which is what all of this boils down to.

Why do adults read Young Adult fiction? Because it’s entertaining. Because it’s easy. Because most people don’t want to unwind after work with something that feels like work. And if you do care about books and view reading as a noble pursuit, consider this: at a time when countless book stores are closing their doors and libraries are being gutted, it doesn’t make sense to keep thrusting our collective noses in the air and demanding that people stop investing in the one genre keeping this industry afloat financially.

Ruth Graham, you’re better than this.