Writing From the Id: How SyFy’s The Magicians Surpassed the Books by Depicting Realistic Trauma 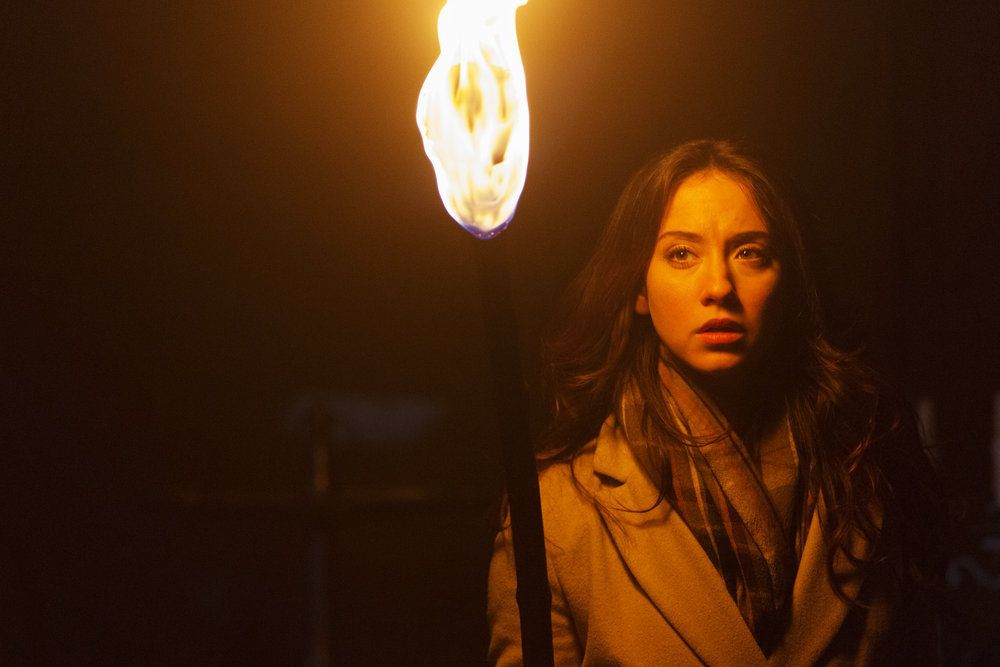 I usually feel like the side characters in a series are much more interesting and likable than the main characters. I’m a die hard Faith Lehane fan; I love Sirius Black and Beeker on The Muppets. This mindset is usually a set-up for heartbreak, since you’ll often wish your beloved character had a better fate or their own spin off, but no character has ever broken my heart like Julia from The Magicians. When I heard Lev Grossman’s book series was being adapted for TV, I said “I can’t see Julia suffer again. I don’t see how they could make it a TV series anyway. In The Magicians, magic is a metaphor for privilege and disillusionment. That’s hard to do in a show. Did I mention I cannot watch it if the same thing happens to Julia?…”

Julia was a prominent voice in book two of the trilogy, at the end of which Grossman reveals that she was brutally sexually assaulted and her friends were slaughtered. Her trauma literally makes her into something inhuman: a Dryad fairy. Then she vanishes from the series by going into a Fairyland. She is not in book three.

The show showed me what I already knew: It wasn’t just about what happened to Julia and her friends that was so troubling; how the tragedy was explained was far more important. The meaning given to trauma is essential to how a person heals from that trauma. This included the events that happened both before and after the trauma. I should know this better than most people; I’ve experienced trauma. I am also a licensed therapist. I’ve worked primarily with trauma survivors. Obtaining a degree to become a therapist was far from easy for me. I think that was why I was so drawn to The Magicians, since it focuses on the pressures of attending the elite magic school Brakebills.

As usual I was fonder of the secondary characters than the main character. How could I not be? Like me, Julia is an angry middle-class New Yorker that isn’t allowed into the magic of the Ivy League. Julia didn’t get into Brakebills, and her journey shadows Quentin’s, who did. With no access to a traditional magical education, she is forced to become a “hedge witch” and learn magic on the streets. Outside the ivory tower Julia’s life of magic was at times more freeing. However, freedom had a dangerous price. Quentin and his fellow students were also in danger, but unlike Julia, the grad students have a feeling of general safety. Whether this feeling was a delusion or not is open for debate. However, when horrible things happened to the grad students they weren’t alone, and they didn’t feel responsible. The same cannot be said for Julia.

All the survivors I have worked with had some lack of privilege/choice that forced them into a dangerous situation. In the books, Grossman did a great job of showing the difference between traumatic events in a privileged versus non-privileged environment. But what about after the traumas? In the books, the ensemble cast goes from undergraduate school to age thirty. They heal from trauma. But not Julia. She disappears at twenty-two. Julia is the Jenny to Quentin’s Forrest Gump.

The journey of the “other” character or the “shadow self” is the character that takes the darker road. Often they become a wan version of themselves and then they fade away. Grossman literally did that with two of his female characters in the books. The sci-fi and fantasy genres are loved for taking metaphoric symbols and making them literal, but when you are a reader who is the “other,” you get so tired of seeing yourself disappear in an epic story. You don’t get to see a version of yourself along with a “normal” ensemble cast with other plot lines. You are just too complicated to handle while another story is going on. Go back into your box, please. You don’t get to grow up.

I don’t think Grossman meant to have Julia be a “woman in a refrigerator.” I think he believed he was killing his darling. But when given a second chance, Grossman and the TV writers armed her with tragic power and made her story better:

Like anyone suffering from trauma like this, Julia is not making the most careful decisions. In the season finale she does literally disappear again, only this time she does it with a vengeance—literally. This time she is in charge as she vanishes. She saves the cast from The Beast, the embodiment of the abuse cycle, and makes a deal with him—itself a powerful metaphor. Julia leaves with him in order to get revenge for herself and her friends.

It is important to say I liked this story. Not every PTSD survivor would. Some might find it triggering. We are all different. But, we need to be seen in stories with many voices around PTSD, and in stories that also go outside of PTSD. Laura Beukes’s Shining Girls is a feminist, magical realist historical fiction tale about surviving trauma, and we need more stories like it.

Author Nick Mamatas once told me “everyone writes from their id,” the darkest part of themselves. (I think we were talking about the end of Twilight. But I digress.) There is something in the therapy world called parallel process, when a therapist acts out what they are working on with their therapy client. Julia was not my therapy client. (Good thing. Besides her being fictional, I surely over-identify with her.) Neither is Lev Grossman, so when I say that maybe Julia represents his inability to deal with a friend’s assault and the oppression of all the brilliant women around him as he went to Yale and Harvard, you know it’s not my professional opinion. But while writing this piece, my id began to run parallel to Grossman’s.

The first drafts were an utter glib mess. I wanted to avenge Julia. I wanted to be angry. I wanted to give attention to so many things like Penny’s character (played by Arjun Gupta) as a person of color in an Ivy League environment. I wanted to talk about the cast’s splendid Taylor Swift musical number led by Jason Ralph and what it said about white privilege…and what about Elliot’s storyline? There were literal tears. But, I had to choose one issue. I chose to focus on my beloved formerly abandoned Julia. She is where my heart lies, if not my id.

I think authors can start out with the best of intentions and get overwhelmed, especially when deciding to write about trauma and sexual issues. Female sexual agency shouldn’t be as difficult to write about as trauma, but in our current culture it is. The trauma or intimacy in the story can become unwieldy. Just like real trauma and intimacy you want to push it away. Some authors will chose to leave their id on the page without examining it. That is their right. I think Grossman and the Magicians writing staff proved that it is so much better when the id and the shadow character is explored fully.

Julia’s pain is terrifying but also powerful. She may be different after her trauma, but she is still Julia. It was particularly healing to me because Julia was not healed. Everyone is staring her trauma in the face. She is at the beginning of her healing process and it is dark, and while she did literally disappear this time she is far from gone. She is downright essential to the larger narrative and I can’t wait for her return.