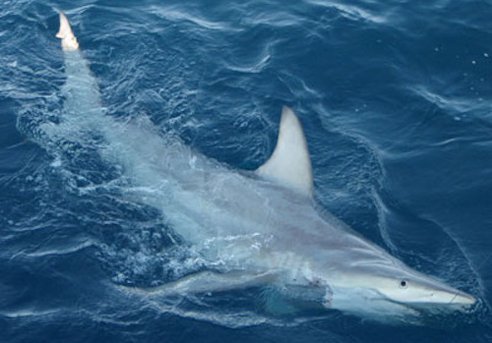 Researchers from the University of Queensland have found the first ever hybrid sharks hanging around off the coast of Australia and from what they can tell, the hybrids are robust and more apt to handle changing climates than either of their parent species. Researches found not one or two, but 57 of the hybrids, along a 2,000 km stretch of coastline that included areas too cold for some non-hybrid sharks to live. While there could be any number of reasons behind this hybridization, it’s thought that it could be an adaption to climate change.

The hybrids are a mix of the similarly named Australian blacktip shark and the common blacktip shark. While the Australian blacktip is usually only found in more tropical waters and the common blacktip in colder ones, the hybrids are predictably more versatile than either of the predecessor and the staggeringly large number of hybrids found speaks to their health and virility; among the sharks found, there were even second and third generation hybrids.

“It’s very surprising because no one’s ever seen shark hybrids before, this is not a common occurrence by any stretch of the imagination. This is evolution in action.”

If it hybridises with the common species it can effectively shift its range further south into cooler waters, so the effect of this hybridising is a range expansion. It’s enabled a species restricted to the tropics to move into temperate waters.”

A momentous find like this just has to make you wonder though, what else has been out there evolving behind our backs? What’s next, flying turtles? Only time will tell.