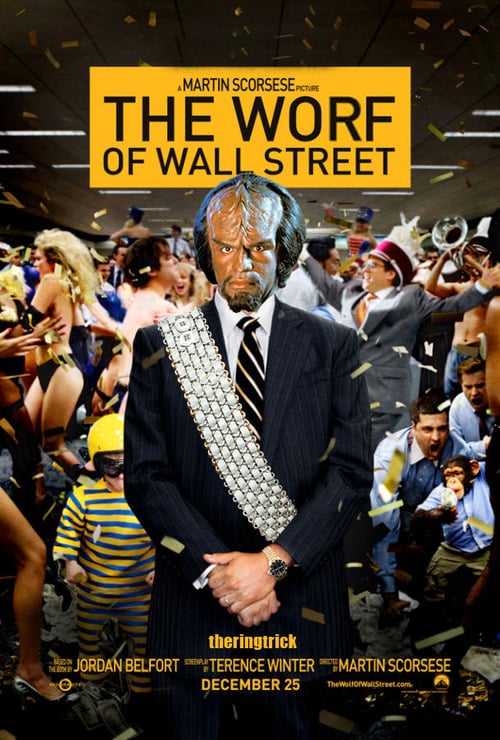 Creator of this lovely image, The Ring Trick, writes, “At first glance, my friend thought the title of The Wolf of Wall Street was Worf of Wall Street. I was bored, so yeah…” So many things on the internet happen this way and I am not sorry about it.