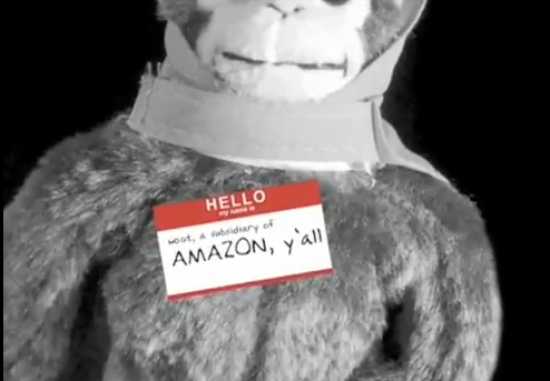 Not that we needed reminding, but Woot‘s response to their recently-announced acquisition by Amazon for a reported $110 million has reminded us why we love them so. While nine-figure sums and corporate megaparents might otherwise be enough to give Woot’s fiercely loyal, fiercely geeky clientele the jitters, Woot has responded in a fiercely geeky way of its own. In addition to reassuring customers that Woot will remain “an independently operated company full of horrible, useless products and an untalented jerkface writing staff, same as it ever was,” they’ve promptly released an old-skool hip-hop track, performed by a plush monkey named MC Mortimer.

Do we have said Woot rap below? It’s funny you should ask: