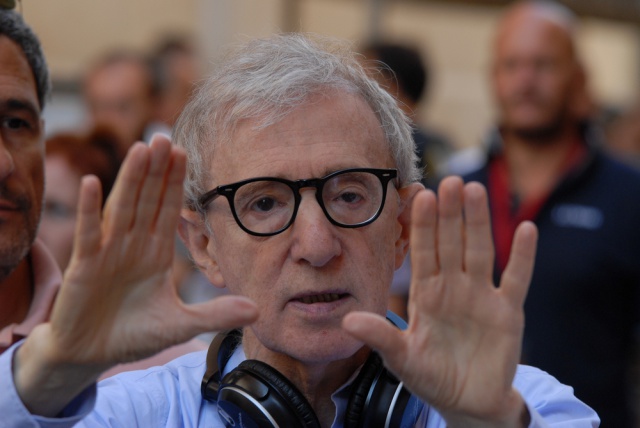 This week in tone-deaf actions by terrible men, new information has been released about an upcoming Woody Allen film, which features, you guessed it, a sexual relationship between an adult man and a 15-year-old girl. Because of fucking course.

The plot of the untitled Allen flick, as told by Page Six, is about “a middle-aged man who is sleeping with a much younger woman, among other actresses,” and, according to the script, “makes a fool of himself over every ambitious starlet and model.” Wow.

Despite all the talk from Hollywood types about the terrible actions of Harvey Weinstein, that same anger hasn’t been turned towards Woody Allen the way it might have been expected. After all, Allen’s actions have been an “open secret” for years, and with the Dylan Farrow letter from 2014, there is very little room to give Allen a pass either.

Apparently, there might be some sort of bait and switch with the character that Elle Fanning, who is 19 right now at the time of filming, is playing:

[Fanning’s character] acknowledges her relationship with [Jude] Law’s much-older character, but then protests that she is 21 years old. After a discussion about his infidelity, Fanning’s character then asks Law, “Were all these women for pleasure, or were you researching a project?”

Allen has many films which feature relationships between much younger women and older men, one of them being Manhattan, one of his most critically lauded films, where Allen plays a 44-year-old man dating a 17-year-old woman.

As far as I’m concerned, there is no excuse for Jude Law, Elle Fanning, or any of these actors and actresses to be working with Woody Allen. They all know his reputation at this point, and most of them have the star power to grab as many roles as they’d like at this time in their career. So by choosing to work with Allen, they have decided that the “prestige” of working with him is more important than the abuse he has been accused of.

Then there’s just the audacity that Allen would even come out with a film like this in these times. Actually, you know what, it’s not because this is the same dude who said that he felt sorry for Weinstein and that he was worried about a “witch hunt” where poor men would have to call their lawyers every time they even wink at a woman. Or you could just not wink at women? Was that ever an option?

When Hollywood actually wants to continue draining their sexual assault cesspool, Allen needs to be the first one to go down, because no matter how amazing his movies may be, the brazenness of his actions proves that he has learned nothing. And the actors who have continued to work with him have made it very clear they don’t care.