'Woodstock '99' Is a Harrowing Look at White Male Anger 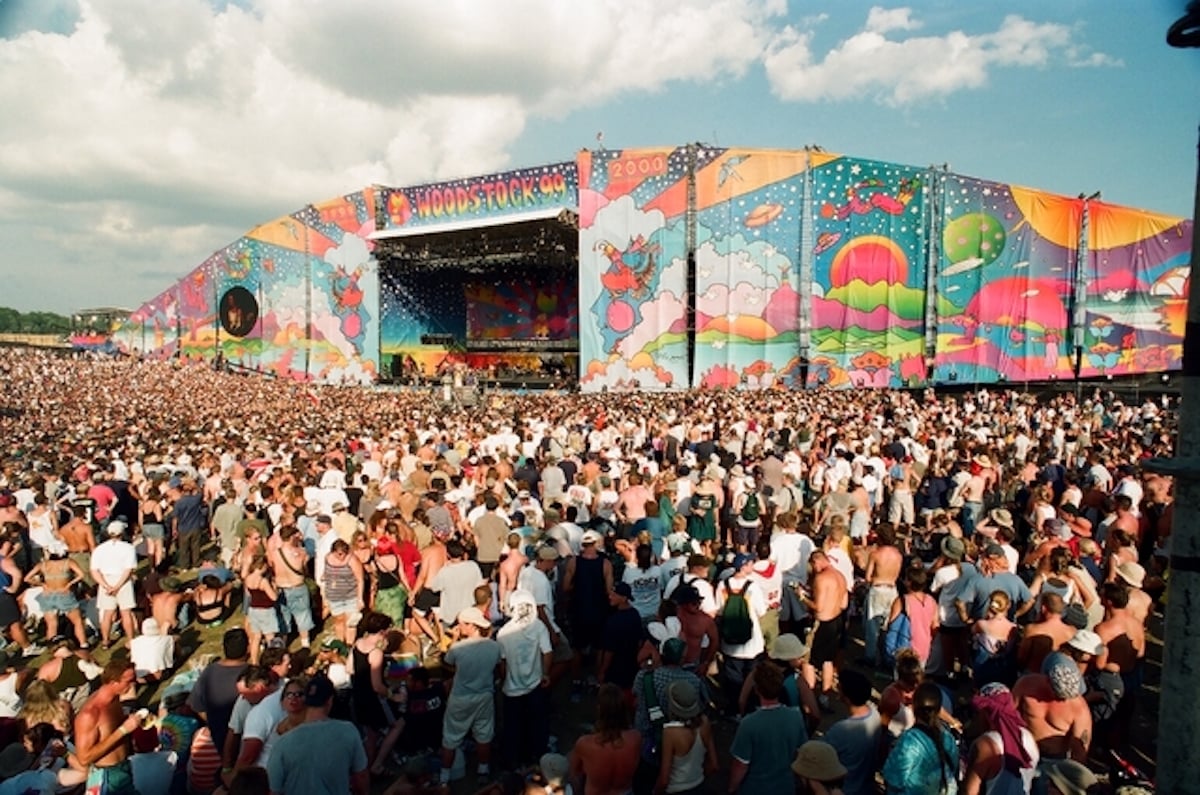 HBO’s new Music Box series debuted with a documentary film about the Woodstock ’99 music festival. If you hold this festival in any sort of nostalgic esteem, this movie will make you wonder why.

Told through interviews with musicians, organizers, security, and attendees, Woodstock ’99: Peace, Love, and Rage paints a picture of an event that, at its core, had no reason to exist. The 25th anniversary Woodstock festival held in 1994 attempted (and fairly successfully so) to be a bridge between the music of the original fest and the present. ’99, though, had nothing in common with the original beyond the name. Multiple musicians tried to pay homage to the iconic festival during their sets, and all of them said their allusions went right over the audience’s heads. For the most part, the attendees didn’t know anything about Woodstock and they didn’t want to.

The original Woodstock brought people together for the music, yes, but also around a shared worldview that was deeply important to those in attendance. The music was an intrinsic part of the social and political counterculture those attendees inhabited.

But the ’99 festival was purposeless–unless you count capitalism as a purpose, which the organizers clearly did. As the documentary depicts it, the entire point of the festival was making money, and as much of it as possible. Much is made throughout the film over the $4 cost of bottled water (about $6.50 today with inflation), including its role in eventually inciting a full-on riot.

While the counterculture youth of the late 60s had much to rally against, the youth of the late 90s were largely without any sort of big social or political fight. Gen X and elder Millenials are largely stereotyped as being awash in a Reality Bites-style slacker malaise but that lack of purpose also manifested in some major unplaced anger. And that anger–the anger of young middle-class white men with nothing to rage against except their own unfulfilled entitlement–that was the driving force of Woodstock ’99.

That anger takes a lot of forms in Garret Price’s documentary but by far the most upsetting is the raw, aggressive entitlement those men feel to the bodies of the women around them. The film can be hard to watch as it’s filled with footage of men grabbing women’s breasts, groping them while they crowd surf (including one horrifying shot of a crowd trying to tear the underwear off of a woman as she passed over them). Over and over, we watch men surroung women, yelling at them, demanding the women flash them.

Many women chose to go topless at the festival and men en masse viewed that as permission to assault them. In one infuriating talking-head clip, festival promoter John Scher denied that assault was widespread at the event, citing a lack of police reports, as if that’s something most of these very young women and teenage girls even thought was an option for them at the time. He also justified the assaults that did happen, arguing that the women brought it on themselves by dressing so “promiscuous.”

The big question that arises when looking over this footage is “What were all of these men so angry about?” The answer, largely, is nothing. What the film shows is a generation of white men who had heaps of privilege and power, and were angry about it because they wanted more. Maybe it was the realization that while they wanted to play at power–smashing into each other in mosh pits, tearing down giant scaffolding structures and setting things on fire, treating women as mere toys to be groped–they were still powerless cogs in the MTV capitalism machine. The real Woodstock used music to reach people but the MTV nu metal scene didn’t view these men as people, just marketing figures.

It’s not hard to draw a direct line between the confounding, pointless anger of the men at Woodstock ’99 and so many of the behaviors we see manifested now. These angry, entitled men were proto-incels, the precursors to the MAGA/QAnon/would-be insurrectionists of today. In fact, I’m confident that we could guess where quite a few of the men in this archival footage (and maybe their sons as well) were on January 6.

As commentator Wesley Morris puts it in the film, “A lot of that energy that was permeating the crowd that day, it just wound up in chat rooms and Reddit boards. It’s fascinating to think about because  I don’t know if it’s possible to get that collection of people together in 2021 without it being a cause for concern.”

(image: Catherine Lash, HBO)
Want more stories like this? Become a subscriber and support the site!