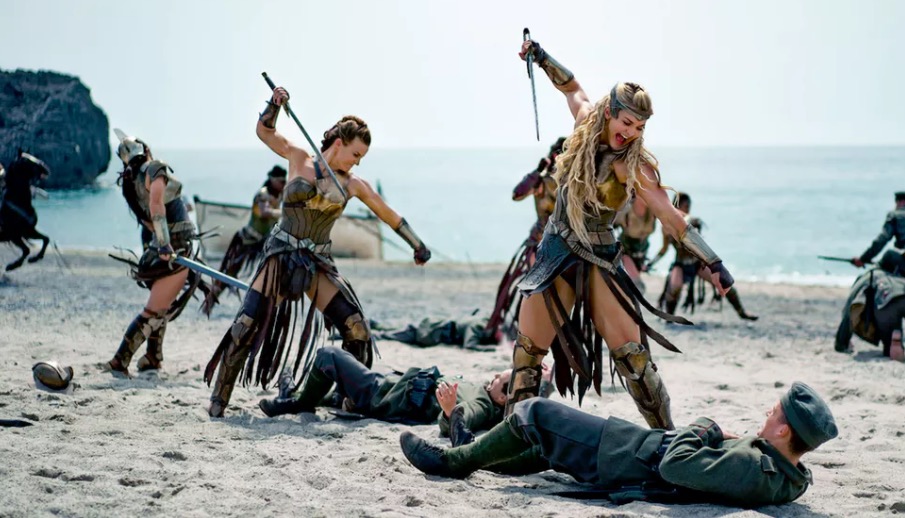 There are many, many things to like about Wonder Woman—so many that we’re still talking about it weeks after the movie’s debut. One of those things was the costume design for the Amazons and Wonder Woman herself, which professional costume designer Amanda Weaver took to Twitter to analyze for all of our benefit.

Weaver—focusing on live action incarnations of the character—explained that what really made the costumes for her was the “intent” behind them, starting from armor and then working towards something that also stayed somewhat true to Wonder Woman’s existing look, rather than the other way around:

That design showed respect. The intent was to portray these women as warriors first and foremost.

Yes, Diana has been stylized and made attractive, but that costume is first and foremost armor. It’s functional. pic.twitter.com/qXgIYGc9o3

And she provided examples of how specific elements of real armor made it into the designs:

This is a piece of preserved leather Roman armor made out of a crocodile hide. pic.twitter.com/9Wpghyt7Q1

This is one of Hippolyta’s costumes. I almost squealed outloud in the theater when I saw it. pic.twitter.com/hKuaJKyja8

Super heroes frequently go through a bit of making things more “realistic” as they transition from comic book pages to movie screens to varying levels of success and believability, but this is one instance where it was definitely worth the effort from the film’s costume designer, Lindy Hemming, and her whole department. To read all of Weaver’s thoughts on their success for yourself, head to the start of her Twitter thread here.