If Hollywood Reads Too Much Into Wonder Woman‘s Box Office Projections, So Help Me I Will Torch This Planet 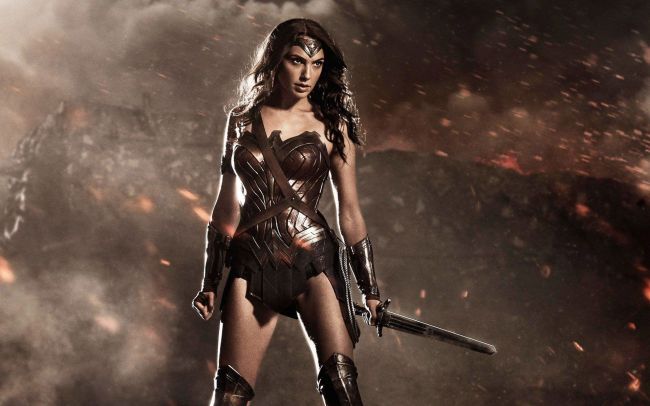 Just kidding, everyone, I’m not Galactus. BUT…

The first box office predictions for Wonder Woman are in, and they’re on par with Logan or Doctor Strange – but that may not be good enough for ol’ Hollywood.

BoxOffice Pro projects an undeniably pleasing $83 million opening weekend for Wonder Woman, but as ScreenRant points out, that estimate is lower than any of the DCEU’s previous movies.

“This is far from a bad opening, but after Man of Steel ($116.6M), Suicide Squad ($133.6M), and Batman V Superman ($166M) opened significantly higher, this drop off is not what is needed to help launch a potential franchise. These numbers could just be due to stronger competition that is had in the summer season, or it could be a result of general audiences becoming less interested in the DCEU after its previous efforts.”

I’d agree that this drop-off makes some sense. Wonder Woman is the fourth installment in a deeply damaged cinematic universe whose Razzie-dominating centerpiece still stands at a dismal 27% on Rotten Tomatoes and 44% on Metacritic. It will premiere in the summer blockbuster season, up against other tentpoles and action films, while Batman V Superman opened on March 25. (Man of Steel and Suicide Squad also contended with summer competition, opening on June 14 and August 1 respectively.)

My worry is not necessarily the numbers themselves (though they are likely to go up once the marketing campaign kicks off). My worry is what Hollywood might make of these numbers.

As most recently seen in Marvel’s “people didn’t want any more diversity” comments, when a title with a marginalized protagonist underperforms, executives don’t cite extenuating circumstances. They don’t say “Well, it was for the fans, not the critics.” They don’t take a good, hard look at their marketing. They blame the centrality of the marginalized person.

Honestly, I don’t even know if I’ll like Wonder Woman yet, but I still hope it blows these projections out of the water. More than that, though, I wish it had the license not to. I wish we didn’t have to worry that an underwhelming performance would be attributed to the lack of enthusiasm for a female superhero. Or that a single okay-performing movie would affect the trajectory of Patty Jenkins’ directing career.

Still, this is all just such a metaphor for the female experience. Wonder Woman needs to pick up the pieces from a disaster created by male-centered movies, look better than those movies did, and do it all in more difficult circumstances.

(Via ScreenRant and BoxOffice Pro; image via DC Entertainment and Warner Brothers Studios)