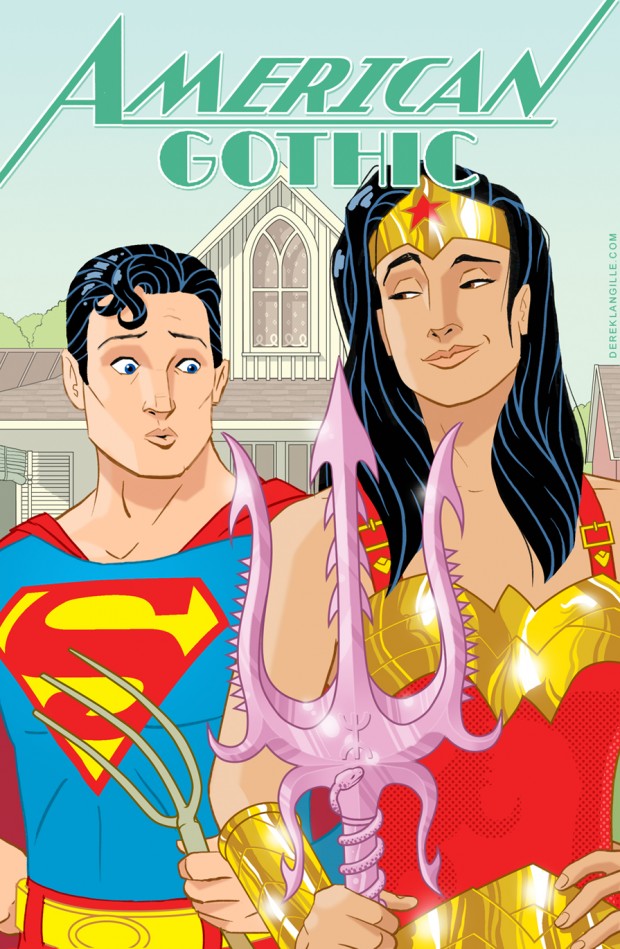 Well, Superman is a farmer’s son. This is Derek Langille’s take on Grant Wood’s “American Gothic.” Check out other classic paintings with comic book characters in the latest The Line It Is Drawn on CBR.