We Got a Glimpse of Young Diana in a New Scene From Wonder Woman 1984! 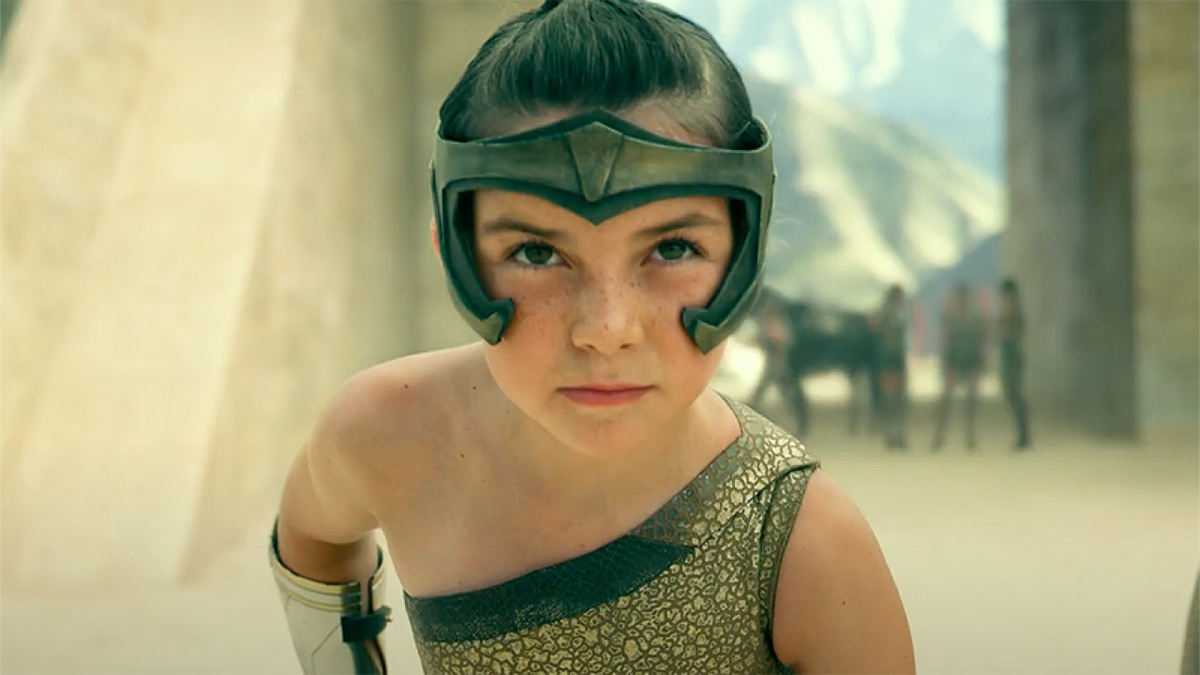 The virtual premiere for Wonder Woman 1984 hit the internet last night, and with it came fun moments with the cast and an exclusive first look. Showing the opening few minutes of the movie, the clip gives us a look at Lilly Aspell, who’s back as young Diana Prince and fighting in the Amazonian Olympics (an important part of Diana’s history).

The scene also shows Antiope giving a young Diana important advice on how to succeed. The fearsome Amazon tells the future Wonder Woman, “I’ve seen this contest humble even the most seasoned warriors, Diana. Just do your best and remember, greatness is not what you think.” It’s a vital message for all of us to hear right now.

Let’s take a look at the clip:

Anyone else crying? No? Just me and my little Diana Prince loving heart? Okay cool.

Diana has long been a hero, always will be, and this clip shows that she isn’t willing to back down, right from the start. But it also gives us a look into Antiope and her desire to keep Diana on the right path. Strength and power can lead so many into the wrong way of life, but what is inspiring about Diana’s story is that she constantly learning and trying to be the best hero and role model she can be.

I’ll be honest, I’ve seen the movie and while this scene is much longer in the film (and holds an important message) one thing is clear from this clip: Diana has always been a warrior. We saw it in Wonder Woman (2017) and it still rings true from this brief look into Wonder Woman 1984. She’s about to partake in the Amazonian Olympics and she doesn’t let it frighten her.

She is about to fight alongside grown warriors, the fiercest in the world, and she’s ready and she doesn’t care that she’s young. And it’s one of the reasons why Diana Prince is so important to me. She doesn’t give up. It’s why I don’t like Batman V. Superman and why I have a problem with how she’s depicted in Justice League. That Diana gave up. She stopped trying and that’s not who I look up to. That characterization never rang true until director Patty Jenkins began to tell Diana’s story.

Seeing Lilly Aspell bring Diana Prince to life again is also a treat because she brings such power and curiosity to the young hero. Watching just this short first look reminds the Wonder Woman fan in me why I love her so much.

Wonder Woman 1984 is streaming on Christmas Day for fans on HBO Max and it’s truly a perfect Christmas Day 2020 movie. Diana represents a hero who strives for truth and kindness. She’s a warrior, she’s the strongest among them, but she still has a lot to learn about the world—and a lot to show the world in return.

I can’t wait to see Wonder Woman 1984 again. Will you be watching on Christmas?