Why So Little Coverage of Progressives? | The Mary Sue 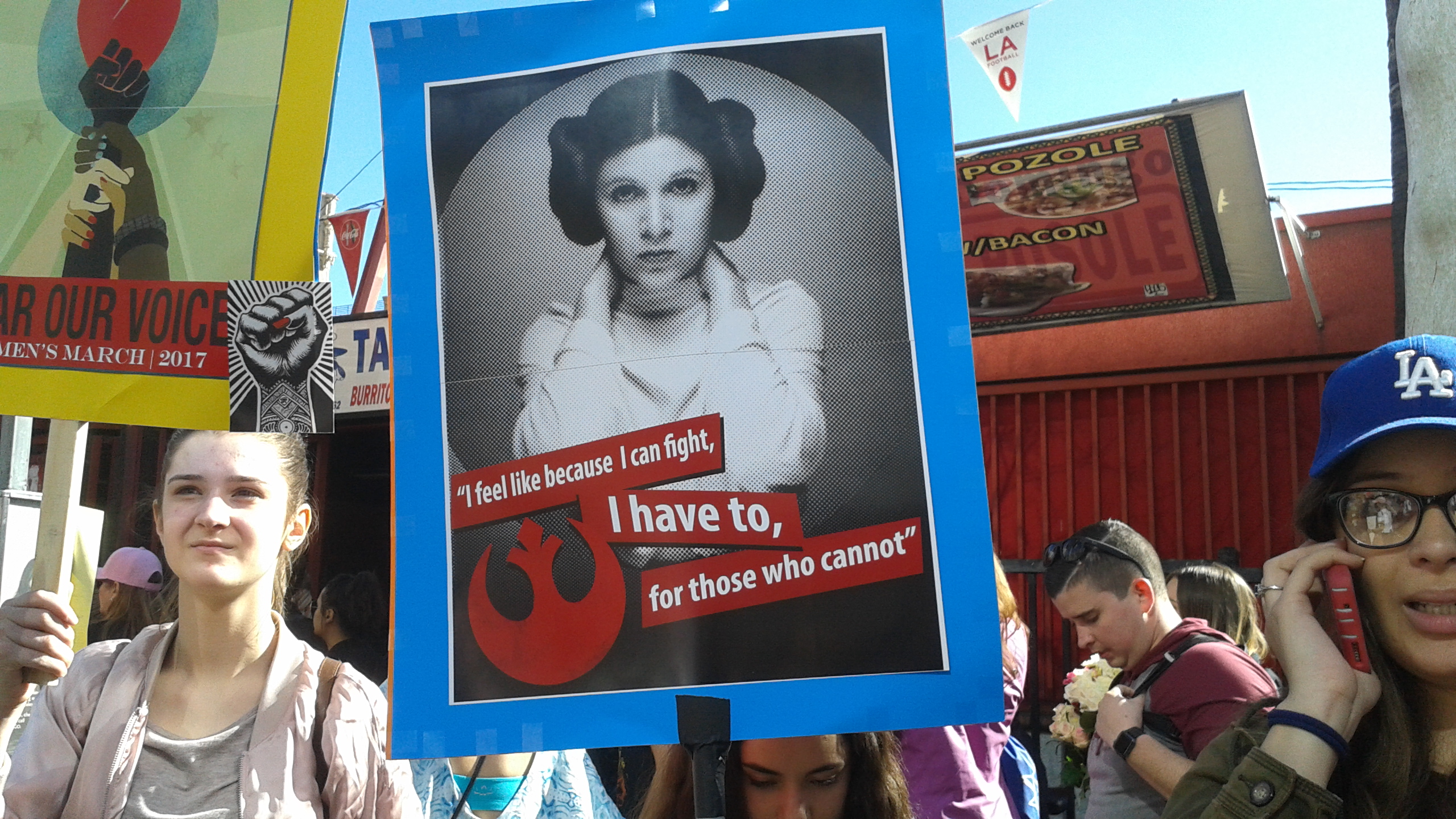 Media Matters, an openly progressive nonprofit devoted to analyzing and tracking conservative misinformation in the media, recently took a look at the coverage for the 2018 Women’s Marches. Hundreds of thousands of Americans, in hundreds of cities across the country, turned out to march as a protest against Trump’s administration—and as a promise to show up at the 2018 polls.

But based on the media coverage, you’d never know that so many people, in so many locations, showed up to reaffirm their resistance to Trump’s regressive agenda. “Despite the worldwide impact of the marches,” Media Matters observed, “the major Sunday political talk shows—which include CNN’s State of the Union, ABC’s This Week, CBS’ Face the Nation, NBC’s Meet the Press, and Fox Broadcasting Co.’s Fox News Sunday—were nearly silent on the topic. These shows often set the tone and priorities for media coverage for the rest of the week.”

“The only significant discussion,” the article continues, “defined as a back-and-forth exchange between two or more people, of the weekend’s marches was on NBC’s Meet the Press, where panelists remarked on the event in a meager 20-second exchange.”

Meanwhile, on Thursday, the New York Times dedicated its entire editorial pages to letters from Trump supporters, “in the spirit of open debate.” Where was the editorial page of letters from marchers, explaining why they marched? Why is it only conservatives who are allowed to give their retrospective on this year, who are worthy to be heard?

Admittedly, it wasn’t like this for the 2017 march. That year, as Media Matters observes, “CNN and MSNBC extensively covered the first annual Women’s March, while Fox News’ minimal coverage was criticized.” And it’s true that the 2017 march was one of the largest in the history of the United States, so it merited more dedicated attention.

But why is it that progressives have to mount historic marches in order to deserve media coverage? Trump’s supporters didn’t turn out in “historic” numbers. Trump lost the popular vote and managed a thoroughly middling electoral college victory (46th of 58). This was by no means a sweeping victory, and yet they’re constantly dominating the news cycle.

The media’s fixation on right-wingers is more than annoying. It’s dangerous and counterproductive. It suggests that the so-called populist right represents the true groundswell of American democracy, the sole and truest populist movement in the United States right now. But that’s just not true. The left has been experiencing a massive grassroots mobilization. But if you were only reading the papers and watching the news, you’d think this was a political landscape of earnest, hard-scrabble Trump supporters on the right and rioting Antifa members on the left. You would hardly notice the get-out-the-vote efforts that won Alabama for Doug Jones. You wouldn’t know that SwingLeft and Flippable existed. You wouldn’t know that membership in the Democratic Socialists of America has more than quadrupled since Trump’s election.

You’d know a whole lot about xenophobes in Ohio, though!

And when mobilizing people can be the difference between an election victory and an election loss, a narrative which erases left-wing populism and resistance is genuinely dangerous. It tells left-leaning activists that they’re alone, that they’re outnumbered. It tells the left that they’re going to lose, because real Americans are moving towards racism, sexism, and other good old-fashioned values.