Women Who Rock Whom You Might Have Missed: Thao Nguyen 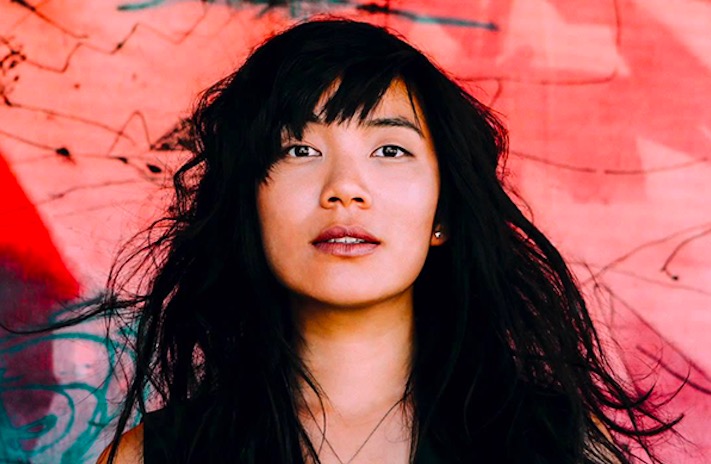 Vietnamese-American singer-songwriter Thao Nguyen balances her playful swagger with a gentle melancholy. Inspired by folk and country and infused with elements of punk and hip hop, she has developed a style that’s disarmingly unique. Even at its softest, there’s a sense of urgency in her voice, and her often autobiographical lyrics give her songs emotional resonance.

Like any introspective artist, Thao’s family history has informed a lot of her work. Her father was in the South Vietnamese air force and her mother worked for the South Vietnamese embassy in Laos, until the Resistance War Against America which raged for almost 20 years. In the early 1970s, Thao’s parents were redirected to a refugee camp in North Carolina, where they met. They eventually married, had Thao’s older brother, and settled in Falls Church, Virginia.

Thao’s father, whom she has described as “a very reckless human being,” left their family when she was not quite 12 years old, and her mother, who had been a socially prominent woman back in South Vietnam, had to support their household, working 13-hour days seven days a week at a laundromat she bought with loan money. And it was at right about this time in her life that Thao first picked up a guitar.

“Those years that I was beginning and becoming immersed in music were so valuable,” she shares. “I played music for hours every day. It was my mode of survival. It was my lifeline. I would just sit and play. And be sad.”

Influenced by the traditional Appalachian folk and old time blues her parents listened to, and later by the kinds of songwriters who toured with Lilith Fair, Thao started her first band while still in high school. While at College of William and Mary in Williamsburg, she met Slim Moon, founder of Kill Rock Stars, who ultimately became her manager.

She released a solo album called Like the Linen, then collaborated on a single with Merrill Garbus of tUnE-yArDs called Merrillthaocracy before forming Thao and the Get Down Stay Down with classmates Adam Thompson and Willis Thompson (no relation, though) in 2006. Their first two albums, We Brave Bee Stings and All (2008) and Know Better Learn Faster (2009), were released by Kill Rock Stars. Between those two release dates, and while touring both with the band and solo on the nationwide Hotel Café Tour, Thao relocated to San Francisco, where she still lives. And it was with the release of We the Common (Ribbon Music, 2013) that Thao’s cohesive eclecticism fully blossomed into a style as raucous as it is delicate, with lyrics as socially conscious as they are jubilant.

Her most captivating work to date is the most recent Get Down Stay Down album, A Man Alive (Ribbon Music, 2016) with rhythms, meters, and melodies that suggest styles as diverse as Afrobeat, calypso, funk, electrofolk, and noise pop; drums on the verge of distortion driving songs full of polyrhythmic guitars and crunchy analog electronics; and at the forefront, Thao’s prismatic voice reflecting sadness, anger, perseverance, and joy in every phrase. Her lyrics examine her feelings of abandonment and grief over her father’s absence from her life, and the way that loss has affected other relationships in her life, exemplified by this refrain from “Millionaire:”

Shatter what you will not carry

Smash what you won’t bear

Oh daddy, I broke in a million pieces

That makes you a millionaire

Between the release of We the Common and A Man Alive, Thao and the Get Down Stay Down were invited to perform in Vietnam as a part of the twentieth anniversary of the normalization of diplomatic relations between the US and Vietnam. One of her first thoughts was that this was her opportunity to bring her mom back to Vietnam. It would be Thao’s first time there and her mom Nhan’s first time back since the war. Thao describes this visit as “a culmination of a years-long, ever expanding embrace of who I come from.” The Center for Asian American Media funded a short documentary film about this visit in July 2015, directed by Todd Krolczyk. Nobody Dies (named after the cacophonous lead single from A Man Alive) screened at the Jewish Community Center of San Francisco on September 7, and will be broadcast on PBS this autumn while Thao is on a solo tour of the Midwest.

Her artistry has brought her acclaim (although not nearly as much as she deserves) and has brought her and her mom to her parents’ homeland, but whether it will bring her catharsis and peace … the lyrics of “Endless Love” kind of leave us wondering:

I got an endless love

No one can starve

I got an endless love

I don’t want it

I don’t want it

Carve it on out of me

Aria Baci is a pop culture journalist and comic book script writer with a multifaceted passion for literature, comics, music, and make-up whose work can be found on sites as diverse as Geeks OUT and Design*Sponge.