Some of our fave BAMFers. 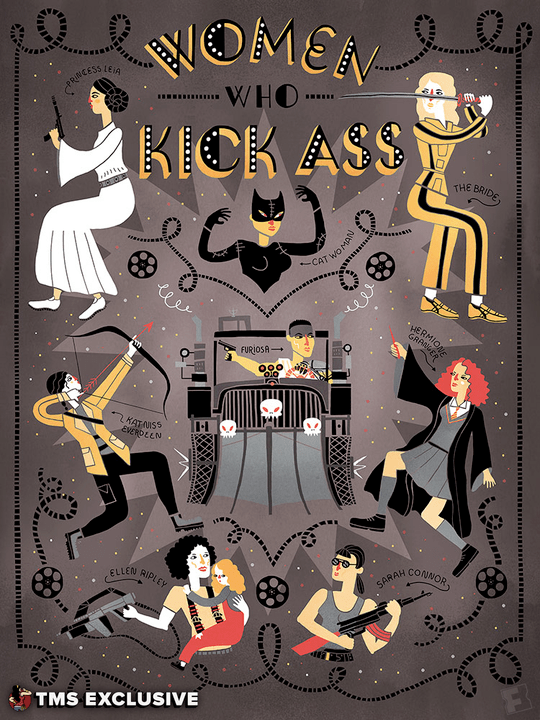 Rachel Ignotofsky, the awesome artist whose Women in STEM series helped honor some oft-ignored lady scientists, was commissioned by Fandango to create this piece for their movie-centric pop-up gallery at the Santa Monica Pier.

What do you think of Rachel’s piece? What kick-ass ladies would you represent for a series like this one?