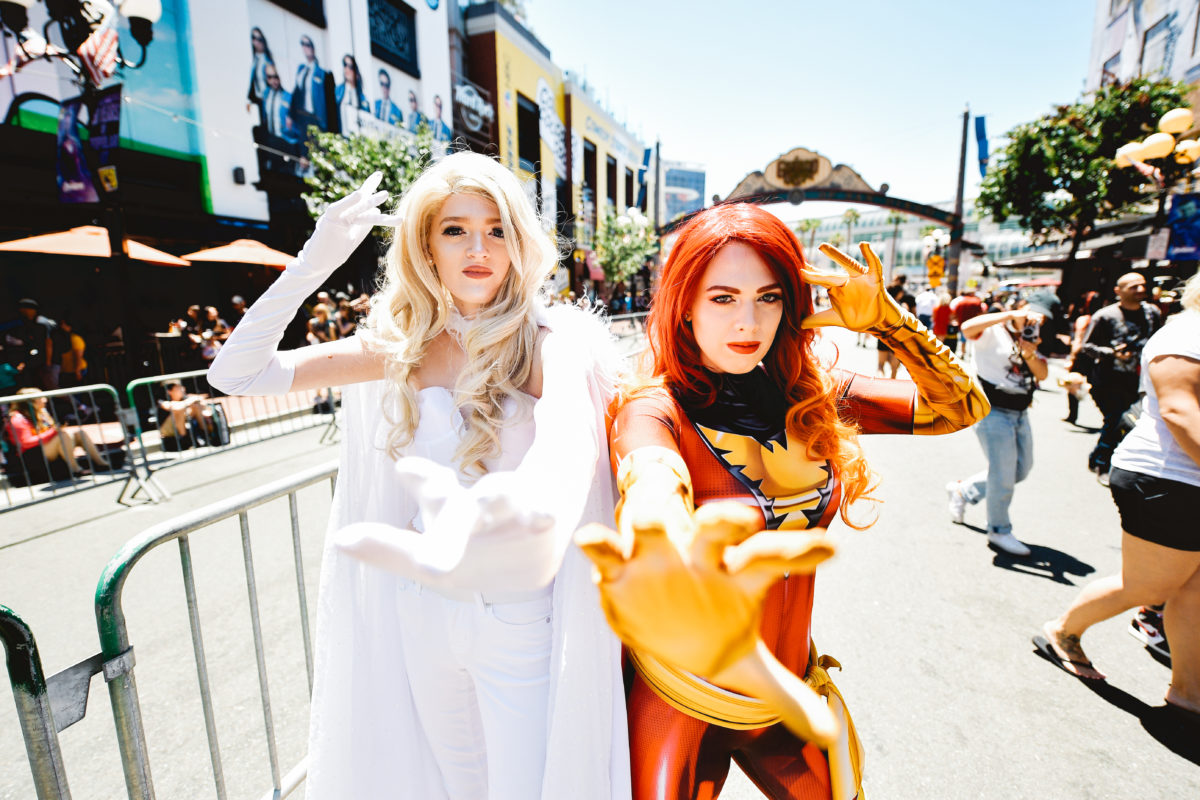 Women stormed Comic-Con this year, and the nerd in me is proud. Finally, it’s our time to feel seen and represented in areas that have used women as their eye-candy for generations. Now the premier industry event is fully embracing that women are nerds too. Or better yet, we’re not letting them think overwise. From Gwen Stacy cosplays to famous women taking on the superhero mantles we’ve come to know and love, everything was shifting for the better.

Variety zooms in on the theme at this year’s SDCC in their article “Women Creatives, Fans at Comic-Con Rise Up Against Culture of Misogyny.”

The presence of female creators and actresses on Hall H panels demonstrated that a fan culture that has sometimes been faulted for being misogynistic is becoming more inclusive. The feminist undercurrents that are reshaping the geek landscape weren’t just displayed onstage. It was also evident in the legions of fans dressed like everyone from Brienne of Tarth from “Game of Thrones” to Gwen Stacy from “Spider-Man” — they’re the kind of empowered, fully realized characters that have helped shatter glass ceilings.

At a panel titled Entertainment Is Female, they report that Samantha Crawley (The Walking Dead‘s director of development) talked about women in the entertainment world and why it is important that there are more and more of us occupying these spaces:

“It’s our job to protect those characters. The more women there are in the room, the better and more genuine and authentic that character will feel when it gets to screen.”

Which goes back to a gripe that many fans have when we view these female characters. All too often in the past, they’ve been women written through the lens of a man and, more often than not, really felt like they are written by men. When a woman can occupy her own space and tell her own story, we can start to see a genuine shift in representation in our pop culture. And we’re actively carving out that physical space for ourselves at SDCC.

Here’s what else we saw out there today:

Did we miss anything, Mary Suevians? Let us know in the comments below!