Get Me This “Women of NASA” LEGO Set Now 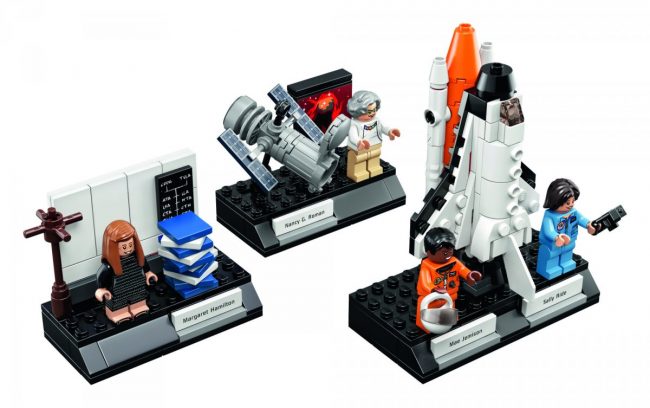 In July 2016, Maia Weinstock of MIT News proposed a “Women of NASA” LEGO set on LEGO Ideas, a platform for fans to submit ideas for new sets. After getting around 10,000 votes, demonstrating a clear demand for figures of pioneering women, “Women of NASA” will be hitting shelves next month.

“In all realms of science, engineering, and technology, pioneering women have historically been underappreciated for their often groundbreaking work. We have also seen that when girls and women are given more encouragement in the STEM fields, they become more likely to pursue careers in these areas.

With this project, I wanted to spotlight a fantastic group of women who have made seminal contributions to NASA history. My dream would be to know that the first human on Mars — or an engineer or computer scientist who helped her get there — played with the LEGO Women of NASA as a child and was inspired to pursue a STEM career as a result.”

Not only does “Women of NASA” features minifigures of astronauts Sally Ride and Mae Jemison, astronomer Nancy Grace Roman, and computer scientist Margaret Hamilton, each also comes with a special backdrop (seen above) like a Hubble Space Telescope or Hamilton’s famous stack of Apollo Guidance Computer source code. The Ride/Jemison shuttle also separates into its three stages! 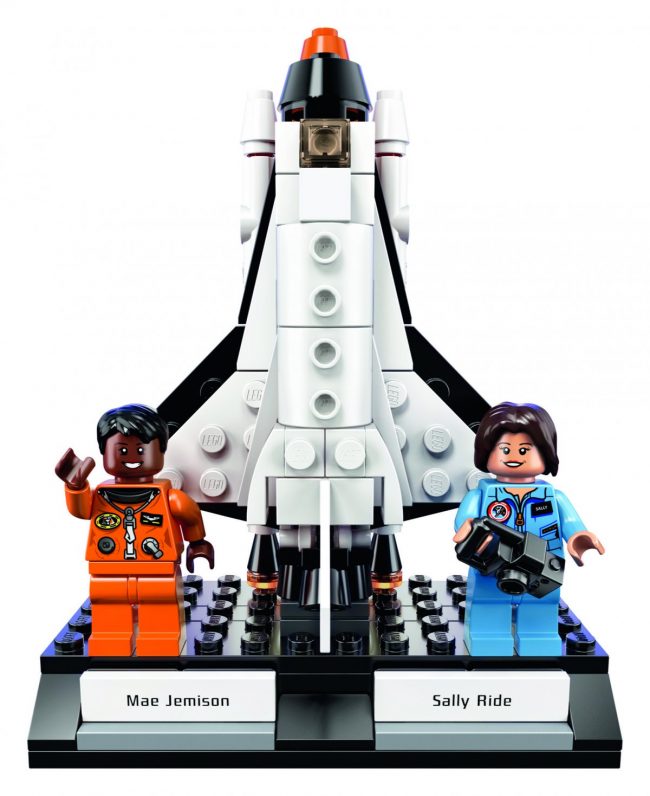 The detail in each figure is also phenomenal, with Ride in a “1983-era training flight suit,” Jemison in a “1992-era space shuttle flight suit,” Roman “as her 1959 likeness,” and “a circa-1959 Margaret Hamilton.” I’ve love to have one of these sitting on my desk, watching over me and giving me bursts of inspiration whenever I see them.

A small bummer about the set lies in the fact that the original proposal included Katherine Johnson, NASA researcher and one of the subjects of the critically-acclaimed Hidden Figures. However, while this omission is disappointing it comes out of respect for Johnson–Gizmodo spoke to a company representative who said “we need to obtain approval from all key people, which was not possible in this case. We naturally fully respect this decision.”

The kit becomes available November 1st for $24.99, so start preparing your holiday presents. What other women do you want to see as LEGO figures? You can submit them here and learn more about the Women of Nasa set here!