Women of NASA LEGO Set Has Reached the 10,000 Votes It Needs to Become Real LEGO Product 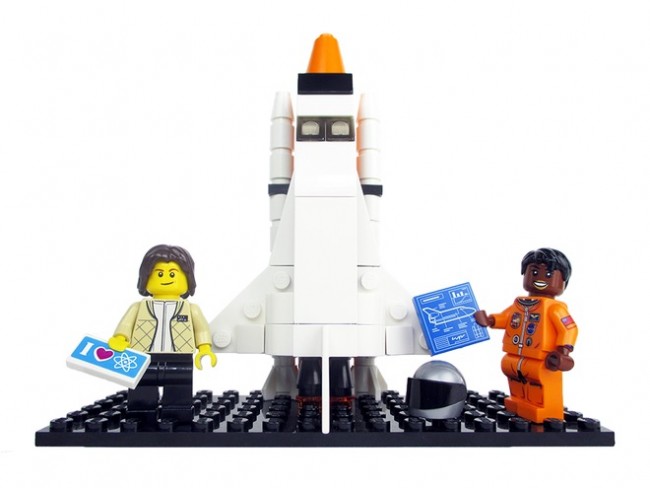 We first learned about the Women of NASA LEGO set almost a month ago, but now it’s finally crossed that important 10,000-vote milestone on its path to becoming an official LEGO offering. The set features space science backdrops and minifigures for Margaret Hamilton, Katherine Johnson, Sally Ride, Nancy Grace Roman, and Mae Jemison, who’ve each made their own significant contribution to the United States space program.

In an update on the proposal’s progress, set creator and MIT News deputy editor Maia Weinstock wrote, “WE DID IT!!! Huge round of applause to all who supported, covered, and cheered for this set. What happens next? An official LEGO Review. We should know by January whether LEGO will produce the kit in stores … In the meantime, I’ll continue to post updates and factoids about the five Women of NASA on the project’s social media accounts, so please keep in touch! Thanks again, everyone, and don’t forget to—in the words of Sally Ride—always reach for the stars!”

LEGO also posted an official comment in congratulations on the project’s page, noting that the review process will start in September, but that we could be waiting a while for the end product, because both the review and final product development take a significant amount of time. In the meantime, maybe we should all just get extra ambitious and start brainstorming more followup sets of women in science? The possibilities (and, seemingly, the demand) are almost as endless as the final frontier these women pioneered.