Facebook Is Banning Women for Complaining About Men | The Mary Sue 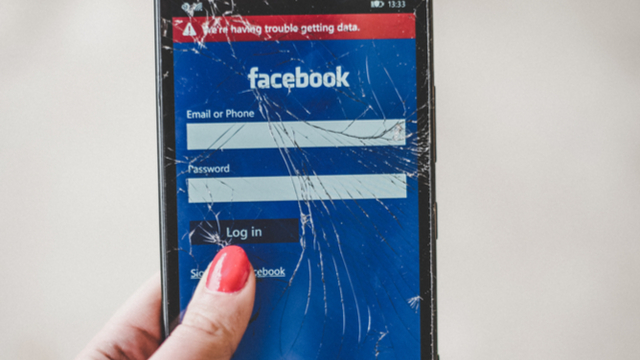 For pretty much as long as the sites have existed, women, POC, and other marginalized groups have been asking for Facebook and other social media platforms to start taking verbal abuse, hate speech, and other forms of harassment seriously. But since asking these companies for anything is like wishing on a cursed monkey’s paw that turns your requests against you, Facebook has finally started cracking down on perceived hate speech, so long as that speech is coming from women criticizing white men.

Since Facebook ostensibly offers protections for all races and genders, the company views white men as their own protected class. That’s not a group of people that has ever faced systemic targeted oppression but sure. I get that designating these categories lays the groundwork to be able to take action against hate speech when it occurs. If that theoretically offers unnecessary protections to white men by default, fine.

But the protections aren’t theoretical. Facebook has been responding to reports of “hate speech” aimed at white men in a way the rest of us can only dream of. More and more women are finding themselves banned from the site–referred to as being sent to “Facebook Jail”–for expressing their anger at the harassment and other forms of oppression they experience at the hands of men–specifically, largely, straight cis white men. And theirs are the comments Facebook is taking issue with.

A lot of the statements women are being banned over are responses to the news–to the GOP tax plan, for example, or an attack on our reproductive rights, or maybe a story about yet another instance of celebrity sexual harassment. I have two friends who were banned recently–one for writing “Fuck men,”while  the other wrote, “I hate white men.” Both were in response to these types of stories–stories about groups of mostly white men oppressing women.

A lot of women are responding directly to their own harassment and finding themselves banned and/or their posts removed. They’re posting screenshot collages of rape and death threats they’ve received with captions and comments like “men are scum,” and getting banned for it. Female comedians, especially, seem to be taking the brunt of the punishment. (Or maybe they’re just more visible.)

Marcia v Goliath Some time ago, Facebook banned Marcia Belsky for 30 days for commenting “men are scum” on a photo collage Nicole Silverberg posted of rape/death threats she got after her perfectly innocuous “How Not to Rape Women” list gained traction https://t.co/PxQtZ99kBL

Both women recount (with screenshots) the racial and misogynistic slurs being thrown at them–which they reported–that Facebook didn’t think violated their terms of service. Both themselves were banned instead.

“Kill yourself n*******” reviewed & found not to violate standards. “All men are allegedly ugly?” removed and the woman banned within hours pic.twitter.com/RfpJTt5Mg7

Another comedian, Kayla Avery, started a site called Facebook Jailed, where women are sharing their stories.

Charlotte doesn’t even remember when she originally made this post but @facebook went through her timeline history today to delete the post. Facebook moderators are intentionally targeting women this has got to get stopped! pic.twitter.com/L4ileGaI9g

. @heatherfink shared a thoughtful post explaining why women would want to say “men are scum” and @facebook said that was against their standards pic.twitter.com/l1rD8dxLrO

Why is this happening? Is it deliberate targeting or a genuine flaw in the moderator guidelines? Either way, Facebook needs to address it.

According to The Daily Beast, the 7,000 moderators working to police hate speech can’t see the demographic information of the original poster who’s being reported. That, combined with a literal reading of the sort of aggressive hyperbole women are using in these statements, means things like “I hate men” have to be considered hate speech.

But what about the men who call women c-nts and threaten them with rape? What about the racist and antisemitic slurs? Why do reports of that sort of abuse so often get ignored? How many times have you reported that kind of abuse and gotten that friendly thanks but nothing we can do response message from Facebook? I’ve lost count.