How Regine Sawyer and the Women in Comics Collective are Changing the Game, One Panel at a Time

“I felt that it was a disservice to the community at large to not know that these phenomenal artists and creators existed.” – Regine Sawyer (Creator, of WinC)

A few months ago, I was listening to a podcast and heard Regine Sawyer share that she owned a comic book company that employed all female artists … mainly of color.

That got my attention.

Then, she went on to say that she also started an organization dedicated to giving a voice to women who work in the comic book industry and helping them better brand themselves and promote their projects.

I stopped what I was doing and turned up the volume.

The organization turned out to be the Women in Comics NYC Collective International, which Sawyer started in May of 2012 when she was asked to host a Women in Comics Panel at Bronx Heroes Comic Con by the organizer and founder, Ray Felix. According to Sawyer, the panel was so impactful and resonated so well with the audience members, that word spread and other shows and community organizations requested her to bring similar panel discussions to their events.

Recognizing an unfulfilled need, Sawyer began researching the lack of women in the comic book industry and found that there are actually many women—particularly those of color—who have been working in the industry for years; they’re just unknown to the general public.

To help right this wrong, Sawyer reached out to Sara Woolley, Delia Gable and Jodi Tong, (who coined the acronym ‘WinC’, (pronounced “Wink”), and Women in Comics NYC was officially born. 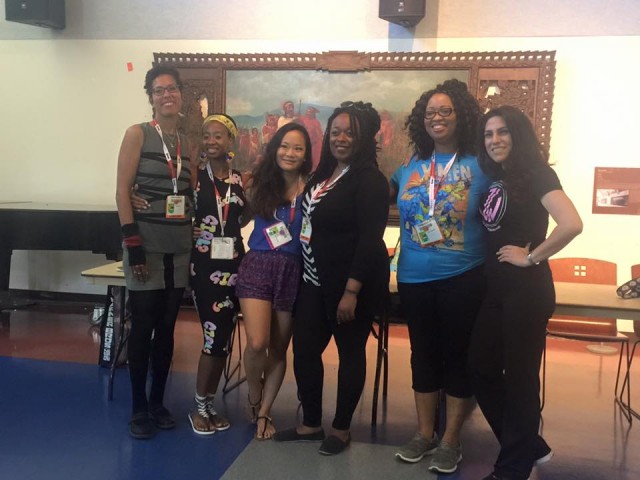 This year, the ‘International’ was added since expanding their membership to creators across the world. And although Sawyer does want to shine light on female artists of color in the comic book industry, she stressed that WinC is open to ALL women, and it strives to give women of all ethnicities and cultures a monetary reason to stay in the game, so they can continue to represent in the workforce and the creative process.

Sadly, though women are involved in these careers, they still make less money than men in almost every sector of the workforce—and the comic book industry is no exception. That’s why I’m impressed at how WinC encourages entrepreneurship and financial stability to its members through it’s various community programs. 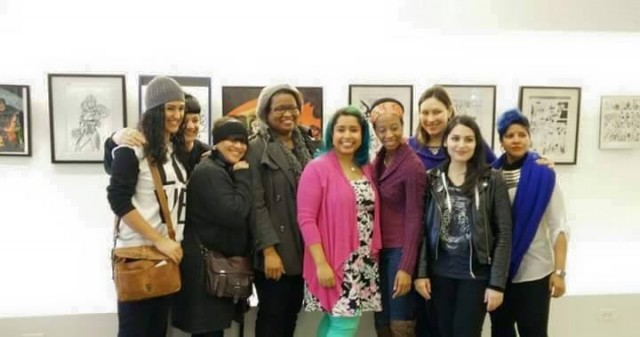 One of those programs is “Read, Write, Create,” which partners with library systems across the country, including the New York Public library, to conduct comic book art and writing workshops with grade school children and their parents.

Sawyer’s commitment to fostering tomorrow’s comic book artists is important, but I was also surprised to learn that not all Women in Comics members are young artists. In fact, the organization’s membership runs the gamut from comic book writers, artists, letterers and colorists to educators, librarians, web series creators, toy makers/sculptors, cosplayers, bloggers, journalists, event producers, editors, and photographers. WinC members also include women who have been in the comic book biz for decades, as well as new kids on the block who are looking for a supportive network to push each other to the next level in their careers.

Regarding the next level for Women in Comics, Sawyer says she’s planning to expand the organization with members-only financial literacy programs, non-profit education initiatives and scholarship stipends for members wishing to travel to conventions in the future. She’s also working to build a stronger presence for the organization internationally.

If you’re interested in becoming a member of Women in Comics NYC International, you must either be referred by another member or have been working professionally in the comic book industry for three years or more.

For more information about WinC membership and supporting the organization CLICK HERE. 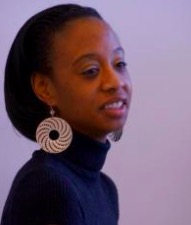 Not only is Regine Sawyer the creator of WinC, she’s a comic book creator herself! As the owner, writer and creator of Lockett Down Productions Publications, her current graphic novels are The Rippers, Eating Vampires and the soon to released Ice Witch.

Karama Horne (a.k.a. – theblerdgurl) is a commercial film/video editor by day and comic book reading, anime watching, TV live tweeting, K-Pop listening, blog writing, geek gurl by night. She is on a mission to shine a light on indie and female comic artists of color and highlights them and their work on her blog theblerdgurl. She currently lives in a century old brownstone in Brooklyn with 2 cats who plot her demise daily. You can find her on Twitter, Facebook, Instagram and Tumblr.