No, Women Don’t Have to Have Kids to Be Happy, Stefan Molyneux 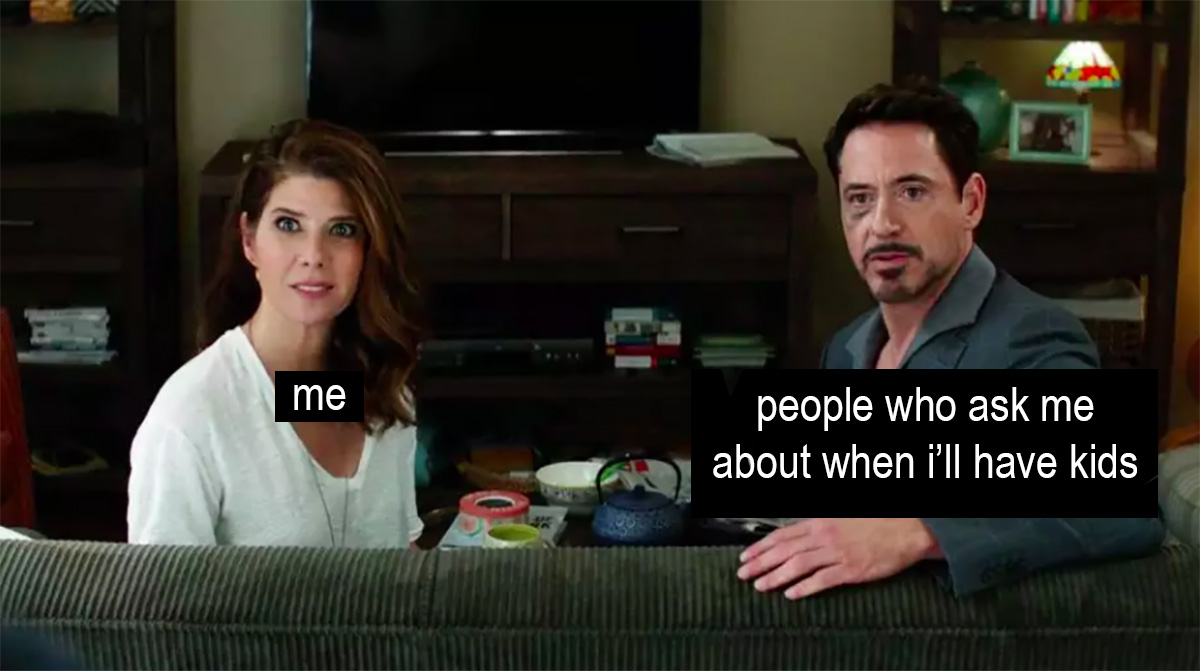 The idea that a woman has to have a child to be fulfilled is ancient and outdated—just like those still stating it as if it were a fact. Still, with each new passing day, there is another man out there in the world who feels the need to share his opinion on women and their bodies, and the cycle continues.

There’s nothing wrong with wanting kids or not wanting kids. Either way, a woman is a fully formed person with her own thoughts and desires, and a child isn’t going to change that fact. So when a man (because let’s be honest here, it’s always a man) logs on to Twitter.com to make grand statements about what women need in their lives, I have to laugh—especially when it’s “scientific racism” believer and alt-right personality Stefan Molyneux.

My favorite argument for things like this is to point out how Marisa Tomei views marriage and children. The Only You actress has often spoken about her feelings about both subjects and has still remained happy and successful without a ring on her finger or a child at home.

“I’m not that big a fan of marriage as an institution. And I don’t know why women need to have children to be seen as complete human beings.”

Tomei is right; you don’t have to have kids to be a complete person. I say this as someone who loves kids and wants kids, but also has a mother who never let having kids change who she was—who was fine by herself, in addition to being a mother. She still became the best at her job, did what she wanted to do, and thrived. She just did it with kids and now that we’re all grown, she’s doing her own thing and that’s fine.

Not only that, but this tweet, while extremely misguided, is also just not factual. Menopause, for most women, begins between the ages of 45 and 55, so the “mostly infertile” claim is already wrong. Anyway, here’s the ridiculous tweet:

Without a family, what are you going to do with those 40 long long years?

From there, women began to drag him, as we do best, but the best part of this entire thing is that men were responding to the tweet claiming that kids changed their lives, and I had to stop and just shut my computer for a moment because … what does that have to do with absolutely anything?

Strangely a lot of answers are : having fun and travel. Teenage preoccupations mostly.

I used to think like you Rachel, until I had a baby girl. Truth is, having a child fulfills the voids of time and emotion.

Everything that you do without having kids you can do while you have kids.

Truth is, by not having children, you miss out on life.

Anyway, there are so many things wrong with so many of Molyneux’s opinions, including taking the Michael Douglas route and saying that pleasuring a woman orally leads to cancer, so maybe we shouldn’t pay him too much attention.

Do what you want. Have kids, don’t have kids, but also live your life to the fullest and make him completely and utterly confused by women being happy doing whatever they want.