Women Directors Actors Should Be Working With | The Mary Sue 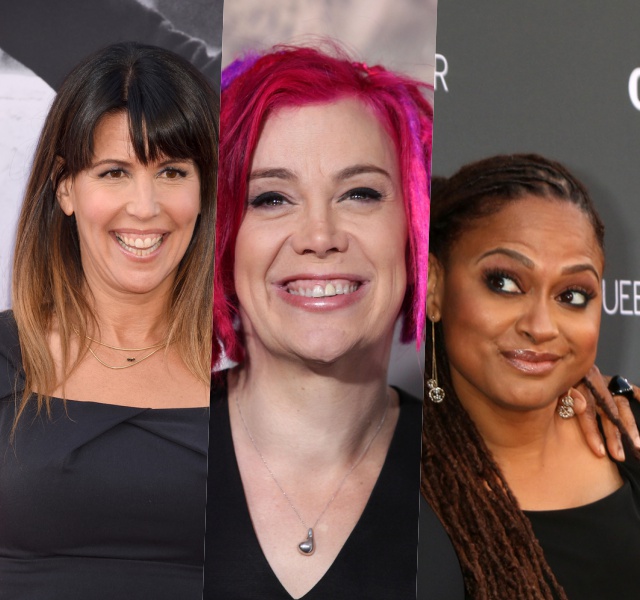 As we work towards creating healthier and safer workplaces for women in their industries, Hollywood has a question it needs to answer: Are they going to support more women?

Female directors, despite making tons of money (Patty Jenkins anyone) still do not get the same people clamoring to work with them. Jenkins spoke about how even after directing an Oscar-winning film, she had a hard time getting work. Kevin Smith is donating money to Women in Film, but what about all the actors and actresses who have worked with the likes of Woody Allen, Roman Polanski, and other “genius” directors who have been known to treat their actresses poorly? Maybe they just do not know any female directors?

Well, no worries. Here is just a sampling:

Patty Jenkins:
Director of Wonder Woman and Monster, Jenkins has proven herself to be a blockbuster success and will be returning to the DC Universe to direct and write Wonder Woman 2. Jenkins is not limited to film and has also worked on the small screen, most notably The Killing for AMC, for which she was nominated for an Emmy.

Lisa Cholodenko:
Most well known for her film The Kids Are Alright, Cholodenko has had a career in the film industry since the ’90s, working on Boyz n the Hood as an apprentice editor. She has done great work in giving more visibility to LGBTQ people in her films, not without some controversy, and stands out as one of the most notable lesbian directors working today.

Amma Asante:
This British director, screenwriter, and former actress made waves with her film Belle, starring Gugu Mbatha-Raw, in 2013—the story of a young mixed race woman in 18th century England. All of Asante’s most recent work has discussed the intersection of race and gender in historical settings and how those effects ideas of blackness.

Kathryn Bigelow:
The only woman to win an Oscar for directing (The Hurt Locker), Bigelow’s filmography is filled with work that has been unafraid to deal with the darker and more gruesome sides of war. Most recently, she tackled race with the movie Detroit.

Sofia Coppola:
Say what you will about Sofia Coppola, but she has created a noticeable aesthetic to her films and while overwhelmingly white, her work does deal very strongly with the complexities of womanhood. Her Marie Antoinette still remains an iconic piece of work despite all the anachronisms it’s filled with. At the 2017 Cannes Film Festival, Coppola became the second woman in the festival’s history to win the Best Director award for The Beguiled.

Ava DuVernay:
After her triumph of a film with Selma, Ava DuVernay has been a name brought up constantly to helm a number of projects. Her documentary 13th was nominated for Best Documentary at the 2016 Oscars, and her next feature film, A Wrinkle in Time, was made with a production budget of $100 million, a first for a female black director.

Jane Campion:
The second woman to ever be nominated for an Oscar for Best director and the only woman, so far, to ever win the Palme d’Or award at Cannes Film Festival, the highest award there. Her most recent projects have been the hit miniseries Top of the Lake and its sequel, Top of the Lake: China Girl.

Lana and Lily Wachowski:
Creators of The Matrix, Jupiter’s Ascending (hey, I like it), and Sense 8. Regardless of how you may feel about their works, as a whole the Wachowskis have changed the culture around science fiction. Not to mention, they aren’t afraid of taking risks with their projects and having leads that do not fit the traditional white-sci-fi-bravado standard.

Karyn Kusama:
Kusama made her way onto the film stage with the amazing film Girlfight, in which Kusama fought to have a Latina lead in the role (Michelle Rodriguez). Since then, Kusama’s work in the horror realm has been strong, with the cult classic Jennifer’s Body, her 2015 film The Invitation, and she is currently working on an all-female horror film anthology called XX.

Dee Rees:
All of Rees’ feature films have been standouts, from her semi-autobiographical film Pariah, about a young black lesbian, to the HBO TV movie Bessie, and her upcoming Netflix film MudBound. Rees has an amazing track record as a director.

Lake Bell:
Lake Bell made an impression with her debut In a World… which not only did well at the box office, but critics loved. It was Bell’s first time directing, producing, and writing a project, but she nailed it on the first try.

Angela Robinson:
Her film Professor Marston and the Wonder Women is an amazing story of a complicated but beautiful love between three people. Robinson also wrote and directed D.E.B.S, which if you ask me, is an underrated gem. She is currently working on a project adapting Terry Moore’s Strangers in Paradise.

Lexi Alexander:
A certifiable bad ass, not only is Lexi Alexander a strong director who has been outspoken about sexism in Hollywood for years, she is also world champion in karate point fighting. Her first short film, Johnny Flynton, was nominated for an Academy Award in 2003

I think that’s a pretty good list for you guys, but I’m sure there are plenty I missed. If you can think of any other female directors you’d love to see get more love tell us down below.

I leave you all with these words by Academy Award Winner Reese Witherspoon from her Glamour speech at the Women of the Year Awards in 2015.