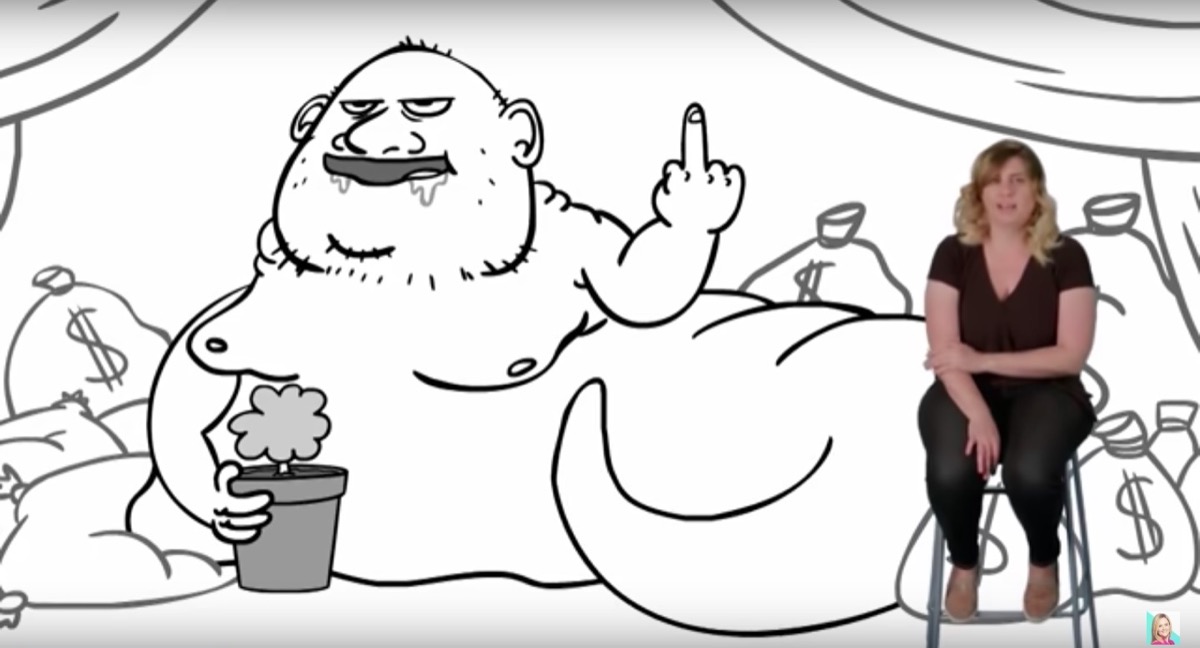 Samantha Bee knows we’ve talked a lot about the #MeToo movement. That’s why, rather than have a panel or interview of talking heads, she gave us a great animated video about the sexual harassment faced by female animators who have been trying to break into the industry. These badass, “fed the fuck up,” self-described geeky women took on Chris Savino, an animator who’d worked with both Nickelodeon and Cartoon Network who was accused of sexual harassment, and wound up emerging victorious. Check out the video below.

What’s so moving about this story is that it doesn’t end tragically. The allegations weren’t ignored. Savino didn’t immediately get to launch a comeback tour. These women were able to enact actual change that could help other women avoid being harassed in the same way that they were. In a sea of Louis C.K.s, it’s nice to know that, sometimes, actions have actual consequences.

More importantly, the video emphasizes the power of women working together. These women all shared their stories and helped each other fight back. Cheyenne Curtis, the first woman to speak against Savino, says, “There’s, like, this sword that’s stuck in the ground, and I’m trying to lift it and I can’t. And then a bunch of hands come in and they helped, helping me wield that sword.”

Women helping other women take down a serial predator? That’s the kind of story we need to hear nowadays. These women deserve all the respect in the world, and I hope they keep on doing their inspirational work, and that more women will continue to feel empowered to speak up and push back against the powerful men who have hurt them.