Republican Women Were Left Out of the ACA Repeal Discussion, And I’m Guessing Their Colleagues Are Pretty Sorry 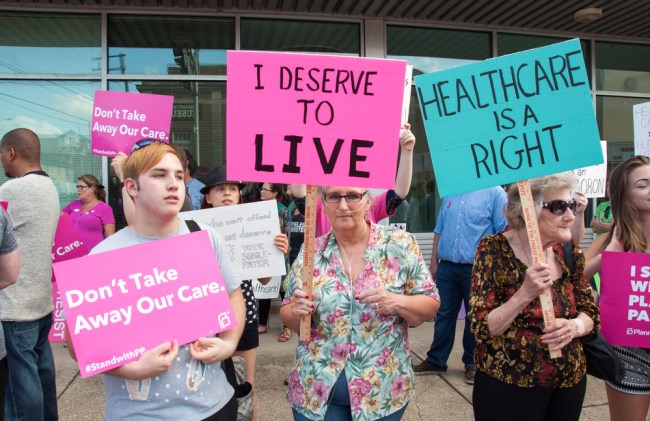 As Republicans have been trying to repeal the Affordable Care Act, keeping Democrats, as well as the American public, out of the conversation has been a core tenet of their attack. And with control of the House, Senate, and the presidency, they can pretty much do whatever they feel like, and it’s proving nearly impossible to counter. That hasn’t stopped Democrats–especially Democrat women–from fighting the GOP tooth and nail, but it’s certainly a Sisyphean battle.

However, the Republicans have now learned a valuable lesson: if they ignore the women of their own party, they will be sorry. After failing to pass a second version of the Republican repeal-and-replace bill, Senate Majority Leader Mitch McConnell basically said ‘F*ck it, we’ll just repeal then.’ The idea was to repeal the Affordable Care Act with nothing set up to take its place. After being shut out of the all-male committee that designed the initial bill, GOP women were ignored once again when voicing their concerns over the implications of a bill stripping millions of Americans of their health care. So they withdrew their support, costing the Republicans their majority, and effectively tanking the bill.

The three GOP women–Sens. Susan Collins (R-ME), Shelley Moore Capito (R-WV), and Lisa Murkowski (R-Alaska)–have all released statements declaring their reasons for breaking from the party line. Namely, that they’re not in the business of hurting people.

The move is being called by some “the revenge of the GOP women.” While that’s a fantastic name for an action B-movie, it’s also not inaccurate. There are a whole whopping five Republican women in the Senate. If the other 47 men cut them out of a conversation that leads to a disastrous plan for the American people, not even the stringent party-over-country mandate can hold up forever.