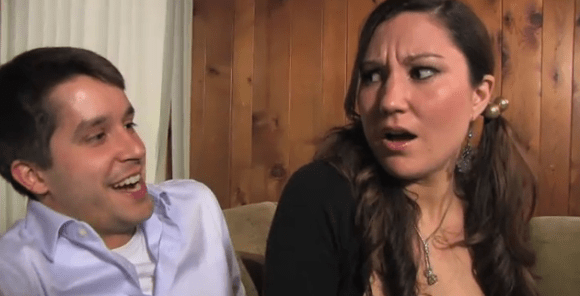 An even skeevier development from the “Belvedere Vodka rapey” ad front: The woman featured in the ad, Alicyn Packard, is now suing the company for using her image. Why? Because for one thing, the image comes from a video featuring Packard that was never meant to be used for another company’s advertisement; it’s a screenshot from a sketch that appeared on Strickly Viral. For another, no one bothered to get Packard’s permission to use her image for this highly questionable ad in the first place, because it’s not as if she posed for a stock photo that could have ended up anywhere, even without her direct consent. So, let it be known: companies can go find a video online — any video — take a screenshot, put it in a horribly different context, and expect to get away with it. Well, that’s great.

Maybe I don’t know how the advertising world works, but since I do not have Peggy Olsen at my disposal, I’m going to go out on a limb and say that this practice of taking screenshots from online videos and using the image for an advertisement (rapey or not) is incredibly shady if it isn’t illegal. And the fact that an image from a perfectly innocent video was used to depict a near-rape is even more unethical and dirtbaggy than any other filthy advertising ploy.

The sketch featuring Packard, who also does voice work for The Mr. Men Show on Cartoon Network, is called “Awkward Moments – The Baby Picture.” What it’s about, and why Packard is sitting on her male co-star’s lap — as she is pictured in the ad and in the alternate screenshot above — is because her parents have requested that she and the guy recreate the pose in a baby picture. There is nothing sexually uncomfortable about it. Well, maybe towards the very end, but there is most certainly not any kind of assault happening here. (Unless being forced to recreate a baby picture can be considered “assault.”)

Here is the sketch:

Someone working the Belvedere Vodka advertising account saw that and turned it into this: 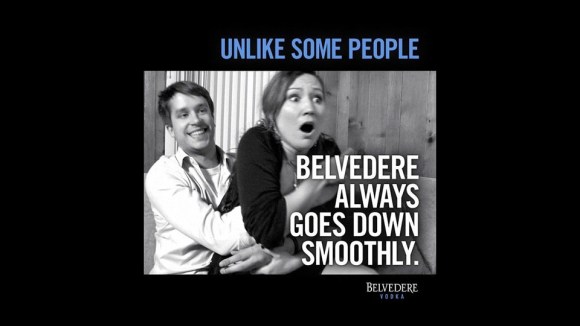 And that’s why Packard is suing Moet Hennessy USA, the maker of Belvedere Vodka, under a California law that prohibits the use of one’s image without their consent:

“While Defendants have apologized to nearly everyone else, and admitted the offensiveness of the advertisement, they have yet to apologize to the plaintiff, whose image she says they used without permission to sell vodka, and who has now been unwillingly made the face of the Belvedere advertising campaign that jokes about rape, and has been put front and center in the worldwide controversy created by Defendants.”

Packard is also suing for misappropriation of likeness and negligent infliction of emotional distress, also says that she “suffered injuries to her reputation and her ability to market herself in the entertainment industry, and suffered tremendous anxiety and distress, fearing the effect of this unauthorized marketing and subsequent media firestorm on both her professional and personal lives.” And that’s only natural, especially when you work for a children’s cartoon channel, to say nothing of living one’s own everyday life.

Belvedere Vodka pulled and apologized for the ad and made a contribution to RAINN (Rape, Abuse and Incest National Network), saying it “never should have happened.” But there are a lot of things about this that never should have happened: for one, using an image from someone’s intellectual property without permission. For another, having the idea to use rape to advertise vodka in the first place.

(The Hollywood Reporter via Jezebel)