Woman is Addicted to Eating the Ashes of Her Late Husband 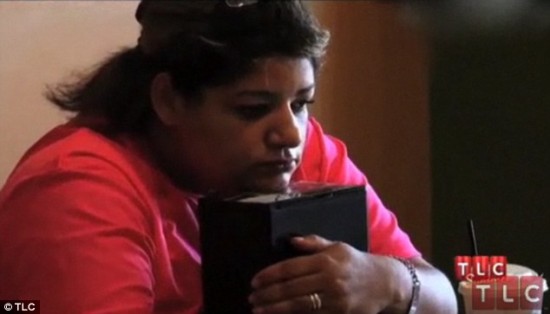 The TLC show My Strange Addiction features people with, well, strange addictions including some notable subjects addicted to things like eating powdered cleaning products, taking laxitives, and now eating ashes of a deceased family member. Casie, the ash-eater in question, recently lost her husband to a freak asthma attack and has since developed not only a strong compulsion to keep his ashes at her side at all times but also to eat them.

The behavior reportedly started when Casie was transferring the ashes from a box to a special urn. She got some ashes on her finger and, not wanting to just brush them off, licked them off, starting a habit that has become compulsive. At the time the episode was filmed, Casie had been eating the ashes for two months. In total, she is reported to have ingested about six pounds of the ashes, despite the fact that they taste awful, something Casie is willing to admit.

Allow me to make wild conjectures that I am in no way qualified to make, but I believe this disorder is probably a combination of things. There is an established disorder called Pica, which causes sufferers to crave all manner of inedible material including ashes, dirt, rust, clay, soap, pretty much anything you can think of and put in your mouth, that may be partly to blame. There is also the fact that she’s obviously grief-stricken and trying hold onto her husband as best she can. Still, its worth noting that her attachment to her husband’s ashes and her compulsion to eat them seem fundamentally opposed; she is bound to run out of ashes eventually, violently breaking the cycle of both dependencies.

There’s no word on how Casie is doing at the moment, but the end of the episode revealed that she checked into a facility for inpatient treatment without the ashes by her side. It’s unknown whether or not she has since slid back into the habit, but for her sake I hope not. If you are ingesting ashes, between the chemicals involved in cremation and eating the inanimate material with which you have developed an unhealthily strong relationship, things are probably going to end badly.

(via Daily Mail, All Headline News)