Things We Saw Today: If You Haven’t Seen Wisdom Kaye’s Fandom Fashion Then Please Allow Me to Introduce You

These looks are a gift to us all 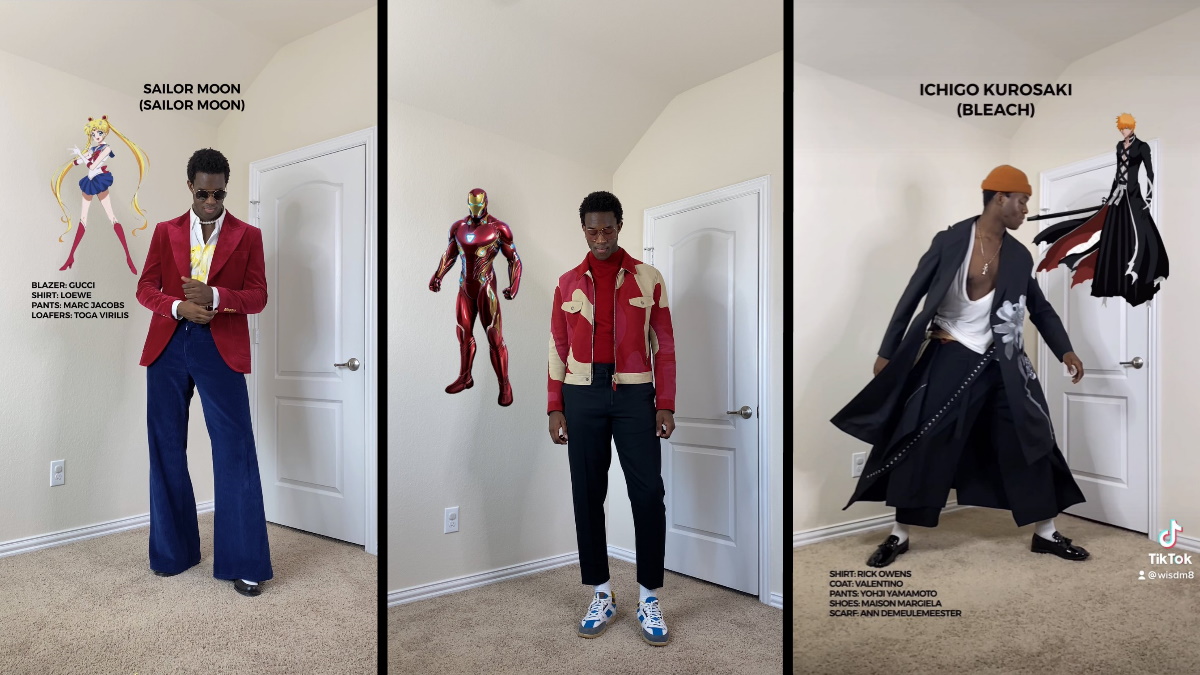 I feel like the best way for me to introduce Wisdom Kaye is to present this recent video of his with no context.

The Iron Man suit montage leading to a Black Panther transition is doing things to my fangirl heart. It’s so smooth, and the looks are so good! I can’t get over the visuals of the Doctor Strange portion of the video, like, he took the time to have a moment JUST for the cloak, and the multiple arms?

This is what they mean when they say “he understood the assignment.”

If you’re new to fashion model Wisdom Kaye, let me be the one who lets you know that he does this quite often. The Marvel heroes are just the latest edition of “omg how did you make the Hulk look like he frequents runways in Paris?!”

Here he is doing a montage of Marvel villains.

Y’all mind if I pic.twitter.com/PHImAVoGaB

It’s not just Marvel and comic book characters, he’s also dabbled in anime. A lot. That’s where I first saw his work.

I’ve made 5 of these so far but this is for sure the best one pic.twitter.com/9aKeJgEYil

I’m in awe of how he can take characters in plain outfits (such as L from Death Note) and elevate them to levels that make you forget that their original outfit consists of jeans and plain white shirts. I also adore the accessories he uses to capture elements like Vegeta’s blue hair. It’s a lot of fun seeing these characters recreated like this, as you would imagine someone grabbing huge, elaborate outfits for fashion, not “basic school uniform character wears in every episode.”

But Kaye makes it work.

According to Vogue, Kaye posted his first video on TikTok back in January 2020. “[At first], it was just a compilation of the outfits I was wearing the past couple of weeks,” he says. “I posted a couple on TikTok and Twitter, and they actually blew up on Twitter first. After a while, they racked up over a million views [on TikTok]. At that point, I saw potential and started making more creative content on TikTok that went beyond just a standard outfit compilation.”

While the looks are absolutely amazing, they also feel like they’re easily accessible. They all feel like clothing items he has in his closet, he just takes a moment to sketch out how they can go together to match the vibe he’s going for. He even breaks down what each piece of clothing is and gives explanations on how he came up with the idea. Of course, we don’t all have designers and name brands on hand, but you do get the sense that you could, potentially, look in your own closet to come up with something your favorite characters would wear.

I love Kaye’s creativity when taking on these characters and can’t wait to see what he comes up with next.

Here are some other sights we saw today: