Yesterday's Election in Wisconsin Was a Total Mess | The Mary Sue 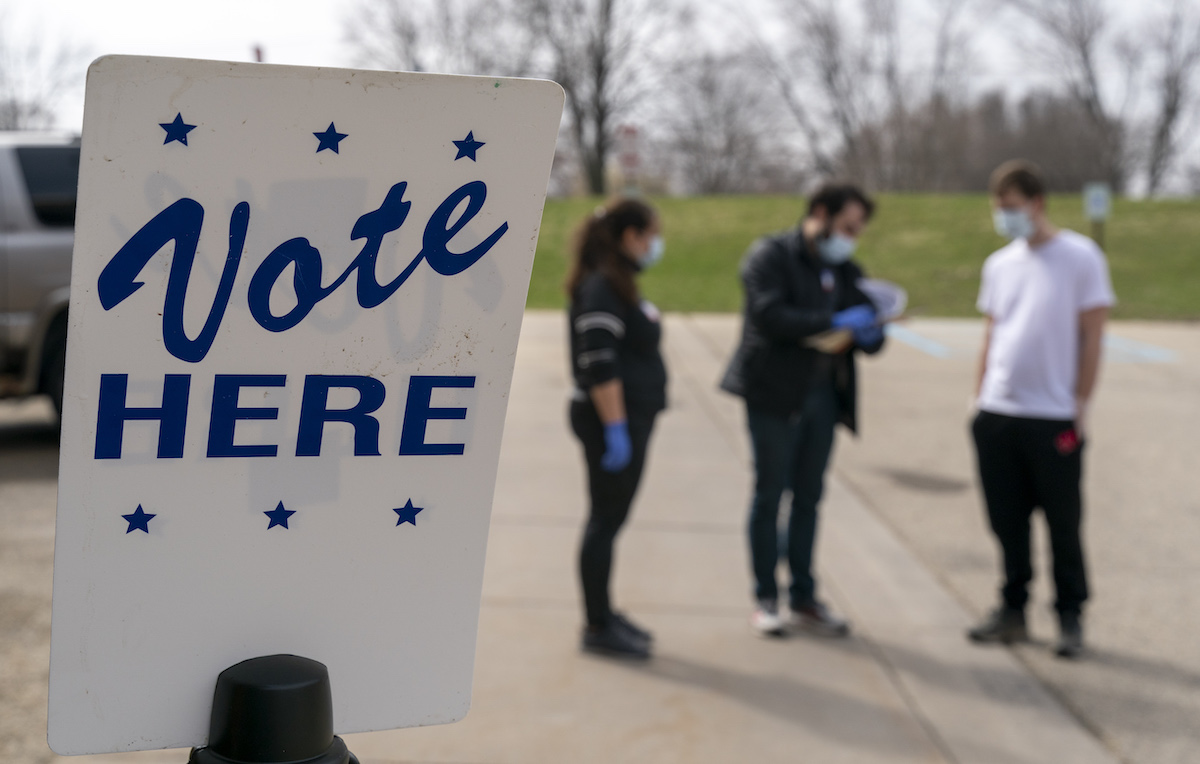 Yesterday, Wisconsin became the first state to hold an election since the COVID-19 coronavirus shut down most aspects of public life in the United States, and it was a complete mess.

Leading up to yesterday, the state’s political leaders were in a bitter fight over whether the election would even happen. Wisconsin’s Democratic governor, Tony Evers, tried to postpone the election—as 15 other states have done with their primaries—but Republican lawmakers refused, and on Monday, the conservative-led U.S. Supreme Court overturned his executive order.

The court also overruled a lower court’s decision to extend absentee voting. Absentee ballots had to be postmarked by Tuesday (which was a slight extension from the previous rule that they had to be received by then), but the state wasn’t prepared for the enormous surge in requests for those ballots (from people who, understandably, didn’t want to vote in person because of the virus), and they had a huge backlog. Thousands of people reportedly never even received their ballot.

So, yesterday, Wisconsin voters were forced to choose between their health and safety and their civic right.

All of this also comes two years after Wisconsin Republicans voted to shorten the early voting period to just two weeks. Making things even worse, hundreds of polling places across the state closed, meaning that by 7AM Tuesday, there were hours-long lines wrapping around the block at the few locations left open.

Polls open in minutes. Here’s a look at the line in Waukesha, the city’s only polling location pic.twitter.com/Uqg08gannt

Welcome to America. Milwaukee went from over a 100 polling places to FIVE for this election. An entire city trying to vote in five locations during a global pandemic in which we are under state orders to stay home. #WisconsinPandemicVoting https://t.co/88zftMQBOo

It’s absolutely absurd that this is a party issue, but of course it is. As Justice Ruth Bader Ginsburg wrote in her dissenting opinion, the court’s move “will result in massive disenfranchisement,” and it’s Democratic voters who are hit hardest by that disenfranchisement—poor voters, POC, and those living in larger cities (hence the longer lines and, therefore, increased risk), which tend to skew blue.

Ben Wikler, the head of Wisconsin’s Democratic Party, said in a statement that the court’s decision will “consign an unknown number of Wisconsinites to their deaths.” Justice Ginsburg said it “boggles the mind.”

It’s not clear yet what kind of precedent the situation in Wisconsin might set for other states’ primaries and the general election in November. Donald Trump is obviously on the Republicans’ side, pushing the politicization of voting during a pandemic. During his press briefing Monday, he accused Democrats of just pretending to be concerned about safety while pushing for easier voting. He also railed against absentee voting, calling it “corrupt.”

“Now, mail ballots—they cheat. Okay? People cheat,” he said. “Mail ballots are a very dangerous thing for this country, because they’re cheaters. They go and collect them. They’re fraudulent in many cases. You got to vote. And they should have voter ID, by the way. If you want to really do it right, you have voter ID.”

By the way, Wisconsin does have a voter ID law.

Trump has also mocked Joe Biden for considering a virtual version of the Democratic National Convention this summer.

Joe Biden wanted the date for the Democrat National Convention moved to a later time period. Now he wants a “Virtual” Convention, one where he doesn’t have to show up. Gee, I wonder why? Also, what ever happened to that phone call he told the Fake News he wanted to make to me?

“Gee, I wonder why?” Because he’s taking this pandemic seriously and doesn’t want to put people in danger, which are obviously not concepts Trump understands.