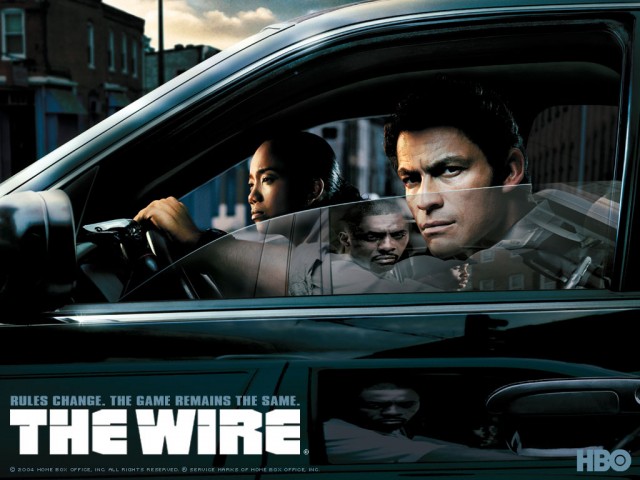 Robots may snap up all the menial blue-collar jobs in the world but they can’t replace our deep and oftentimes personal obsession with the Internet — can they? Of course they can. Not even your Tumblr GIFS are safe now, because somebody’s programmed a bot to create and post an animated image from HBO’s The Wire once every hour.

While GIFS have have pretty ubiquitous across the Internet, on Tumblr they’re generally taken to an extreme — people will literally capture footage of somebody blinking on a television show they like and present it without any further context, and it will get picked up and shared over 20,000 times. So programmer Darius Kazemi decided to take this a step further and have his bot grab video from the first two seasons of The Wire at random.

Kazemi talks about the project in a blog post entitled “Automating Fandom,” saying, “The way it works is pretty simple: I have a video of The Wire and its corresponding subtitle file, which provides dialogue with timestamps. The bot finds some dialogue at random, looks up the timestamps, clips the video, gifs it, and uploads to tumblr.”

The results honestly don’t look that much different from the stuff you generally see on Tumblr:

I still have not yet had the good fortune to watch The Wire so I can’t attest to just how — well, random — these are in the context of each episode, but they sure look pretty unusual. However, every once in a while there’s a pretty decent gem of a GIF that might work well for a reaction image:

Kazemi is also responsible for Amazon Random Shopper, a bot that purchases books on Amazon based on what the site’s algorithm thinks the “random shopper” will like based on search results, and @Metaphorminute, a Twitter that randomly posts a metaphor… well, every minute.

(Scenes from The Wire via The Daily Dot, images via The Wire)