Its mission: To boldly go where no dancing baby has gone before. 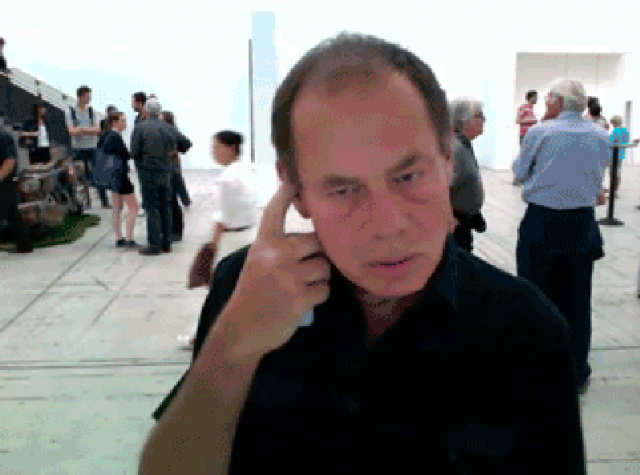 Every once in a while, humanity decides to send a document of its achievements into space on the off chance that it might get picked up by another form of intelligent life. In 1974, NASA beamed a binary encoding of a double helix. In 2008, they beamed a recording of “Across The Universe” by The Beatles. Today, the interstellar communication company Lone Signal will be beaming an animated GIF of a random white guy scratching his mostly-bald head into space. No offense to that dude, but is that really the best we can do as a species when there are so very many spectacular GIFs wandering about the Internet?

Here’s the GIF we’re referring to, entitled “Humans watching Digital Art.” Apparently it will be beamed in the direction of Gliese 526, which is 7.6 light-years from Earth, and has been identified as a potentially habitable solar system.

Apparently this GIF was given to Lone Signal by conceptual artist Kim Assendorf. And don’t get me wrong, it’s delightful and all, but I don’t really think that “guy looking confused at art” is the best representation we can provide of an entire planet and all. Here are my suggestions:

Luckily, Lone Signal has announced that they’ll be providing customers opportunity to send tweets in to space — bur not for fee, of course — so if you’ve got your own idea for what our future alien overlords will see of us, you can send it up yourself.

(Kim Asendorf via The Verge)