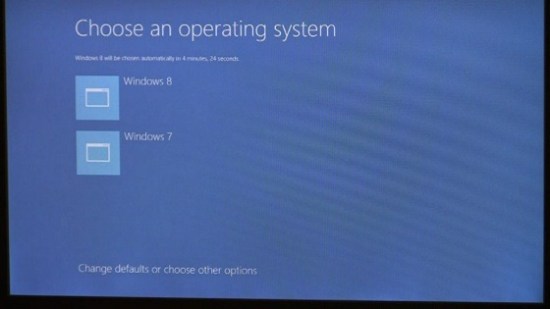 Info about Windows 8 has been trickling in piece by piece and we’ve been learning about all kinds of drastic design changes, like the lack of plug-in support for Metro, the new blue screen of death and now, the unthinkable; Windows 8 is replacing their decades-old BIOS boot sequence. You know, that good old grey-text-on-black-background, press-f12-for-boot-menu screen. It’s gone. Forever. Replaced by some new-agey “Graphical User Interface” thing that all the kids are used to. It’s a crying shame.

Windows 8 will use Unified Extensible Firmware Interface, BIOS’ older brother, to handle boot instead. This will provide pretty little icons that will allow user’s to select this OS or that OS, making everything way too easy. I, for one, am opposed to the change. There is something iconic, almost ceremonial about having to viciously stab at f12 when something’s gone horribly, horribly wrong and you have to boot from some place weird. Of course, when you’re trying to grow up and get all touch-interfacey and hip for the kiddies, some things just have to go. At this rate, the next thing they’ll announce is that Windows 8 will lock up less, and who wants that, right?