The Windows 8 Lowdown: What You Can Expect 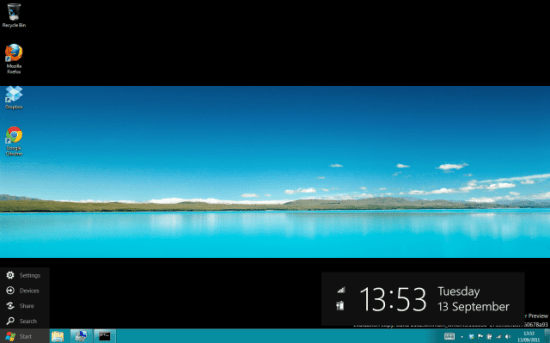 Windows 8, the simply-named successor to Windows 7, has been making the rounds lately and seems to be a step in an appropriate direction for the once-king-but-now-threatened operating system. The increasing prevalence of Apple computers in the past few years has put the fire under Microsoft and now the tablet revolution brought on by the iPad is changing the game even more. Microsoft, it seems, is adapting well to the pressure. That is, Microsoft is not releasing another Vista disaster.

Perhaps the most unique, standout feature of Windows 8 is that it’s a tablet OS. But it’s also a desktop OS. But it’s also a tablet OS. That is to say, if you have Windows 8 on your tablet, it will be the same as Windows 8 on your desktop. It supports traditional touchscreen gestures like swiping to change windows and multi-touch, but also standard mouse and keyboard equivalents like alt+tab.

This “will work on all platforms” approach has really given Windows a reason to get lighter on its feet. Windows 8 system requirements are reported to be equal to or less than those for Windows 7, which is a good sign. When it comes to being nimble and playing to the tablet crowd, Windows 8 has picked up ARM processor support. For the unfamiliar, ARM processors are widely used in smartphones and tablets, including the iPad. Windows 8 hasn’t sacrificed any other capabilities to pick that up however. It’ll support pretty much any hardware you throw it on. Also to play to the tablet crowd (and people who have gotten sick of waiting to boot) Windows 8 cuts boot time dramatically — and I mean dramatically. Reports are that Windows 8 can cold boot in 8 seconds.I bet you’ll see “Windows 8 in 8 seconds” somewhere in an ad campaign. Still, it’s worth bragging about considering that Windows boot times have been notoriously long for ages.

Windows 8 also sports 2 different desktop views that are aimed at accommodating tablet and desktop users. More accurately, to accommodate tablet users, but also desktop users who refuse to use the same interface that tablet users do. 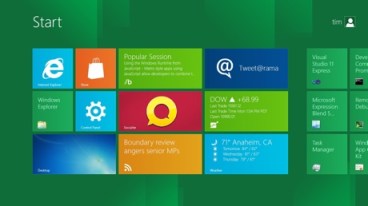 Windows 8’s Metro UI (left) is the mode designed with touch navigation in mind and has a considerably different aesthetic and layout from previous Windows OSes. The Metro UI is considerably more tablet-y and caters to more tablet-y apps than desktoppy “applications.” It contains far less icons per screen than any previous Windows UI and relies heavily on swiping. If you’re using a keyboard however, you can alt +tab around. The tiles in Metro are also live-updating, in a very tablet-y, Windows Phone sort of way. 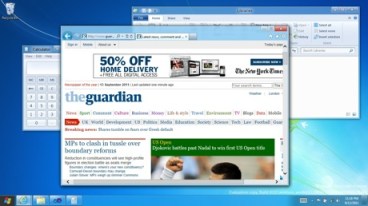 Windows 8 also has a traditional view mode (right) intended for desktop use that will more closely mimic the layout of Windows 7 with more support for typically desktoppy things, like running traditional applications and being stuck in the past. If I were you, however, I would do my best not to get attached to the traditional desktop because I have a sneaking suspicion that this may be its last official appearence in a Windows OS.

With the introduction of Metro UI, you probably won’t be surprised to learn that windows is getting an App Store. Not much more to say about that other than it will be an App Store and you should know what those are like by now. It does, however, bring home the extent to which Windows is both going head-to-head with Apple, but also conceding that Apple’s design approach makes a lot of sense by imitating it pretty directly. Also, what would a new tablet-y OS be with out a new, tablet-y, saccharine, “I’m sorry I just screwed up everything you were doing but I’m trying to be cute about it!” Blue Screen of Death. 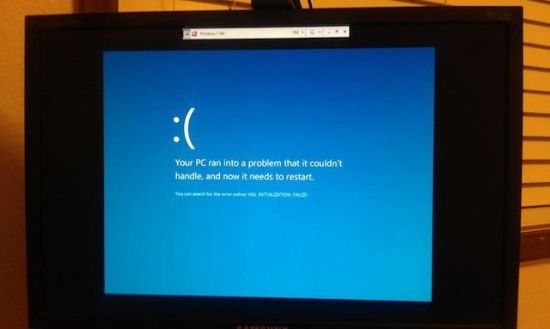 I can see where they’re going with this, but putting a face on my BSoD just personifies it into something more evil than it was before. Why it needs the smiley, why that smiley needs to be sideways, and why it has to be awkwardly left-aligned like that is anybody’s guess, but I don’t like my computer to be cute when it breaks. Hopefully, it just won’t break.

All in all, it looks like Windows 8 is not only a foray into the world of tablet OSes, but a strong, no-turning-back foray. Windows 8 won’t leave behind its traditionalist users yet, but considering they don’t seem to be priority number one any more, you can’t reasonably expect that that accommodation will last forever. Whether or not Windows 8 will be able to stand on its own two feet as a strong tablet interface is anyone’s guess until it starts getting heavy use, but I have high hopes. Even if Windows 8 doesn’t take the tablet OS market by storm, it looks like it could be the potential big competetor that we need to keep Apple on its toes. What do you think, are the tablet OS wars just beginning, or were they over before they started?