Do We Really Need Another Willy Wonka Movie? 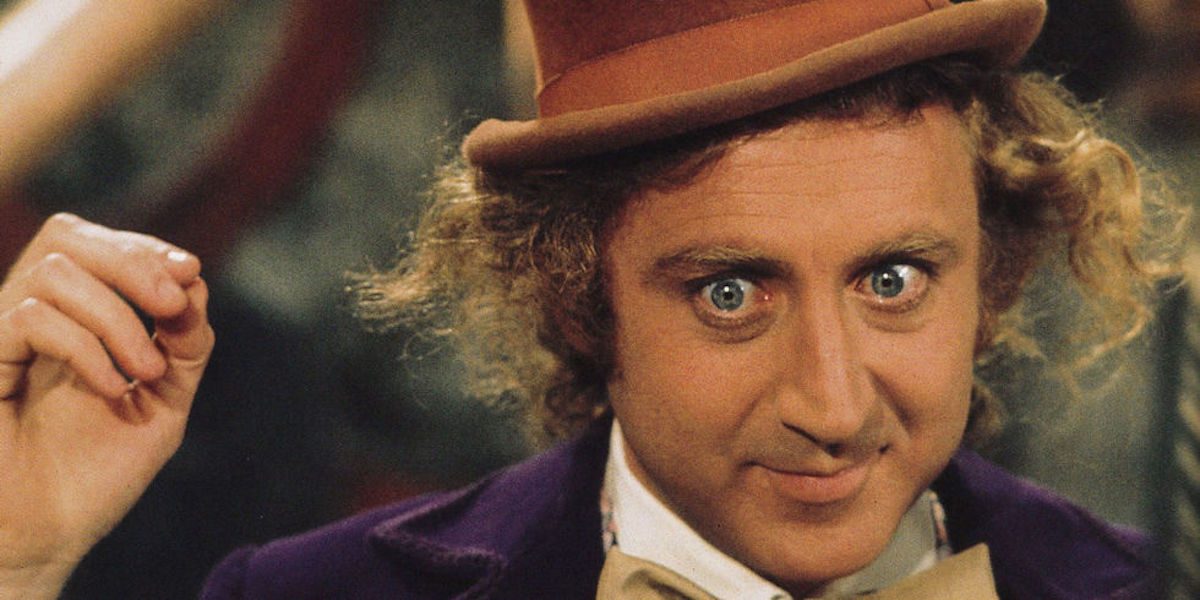 Warner Bros. apparently has Ezra Miller, Donald Glover, and Ryan Gosling on a shortlist to star as Willy Wonka in an origin story about the unbalanced man who runs a really over-the-top chocolate factory, which … okay? I guess?

Four months ago, Warner Bros. hired Paddington director Paul King to direct a prequel to the Charlie Bucket-era Willy Wonka that most of us know so well because of Gene Wilder and not Johnny Depp. According to Collider:

The project hails from Harry Potter producer David Heyman and screenwriter Simon Rich (Man Seeking Woman), and it’s rumored to be a prequel that will explore Wonka’s origin story. How did he amass his fortune, and perhaps more importantly, how did he meet those Oompa Loompas?

Maybe it’s because I disliked Tim Burton’s 2005 Depp-as-Wonka version of Charlie and the Chocolate Factory, but it seems like this is a story that doesn’t need further embroidering. Learning that Wonka had dentist dad problems in the form of Christopher Lee did nothing to deepen my appreciation for a gum-chewing girl swelling into a giant blueberry or a greedy boy falling into a chocolate river.

The main problem here for me is that the 1971 cult classic Willy Wonka & the Chocolate Factory, starring the legendary Gene Wilder in the titular role, is kind of perfect. It’s still one of my favorite movies. Wilder is by turns hilarious, seductive, sarcastic, frightening, unhinged.

It’s an extremely odd film that is ostensibly for children but will also scare them out of being spoiled brats—hence it is spectacular. It does not need to be remade or rebooted ever again, and Wonka himself—a misanthrope given to torturing bad children and wearing snazzy purple jackets—doesn’t seem like the kind of “hero” who needs an origin story. It’s not like he turns into Batman.

Another glaring problem? We know how Wonka originally met those Oompa Loompas in Roald Dahl’s novel, because the matter was subject to a lot of scrutiny and controversy. Per Wikipedia:

In the first published edition, the Oompa-Loompas were described as African pygmies, and were drawn this way in the original printed edition. After the announcement of a film adaptation sparked a statement from the NAACP expressing concern that the transportation of Oompa-Loompas to Wonka’s factory resembled slavery, Dahl found himself sympathizing with the NAACP’s concerns and published a revised edition.

In this edition, as well as the subsequent sequel, the Oompa-Loompas were drawn as being white and appearing similar to hippies, and the references to Africa were deleted. Dahl later expressed regret over the original version, saying that his original intention of depicting Charlie as a black child was evidence that he was not racist.

While it’s highly unlikely that Warner Bros. would bring us back to the days of Oompa Loompas as “African pygmies,” the whole Oompa Loompa origins just seems like a tale to steer clear of. I do have to say, however, that it would be amazing if a future version of Charlie Bucket—if we get that far—could be a black child as Dahl had originally intended.

It appears Warner Bros. is hoping to build a whole “young Wonka” franchise with an appealingly youthful star in the role. But this is one of those days that makes me sigh about Hollywood’s continued lack of new ideas and perpetual reach backward to known properties.

Do I really want to watch even actors I find as charming as Glover or Miller amass a fortune and collect green-haired minions so that he can open a super-odd candy factory and thwart industrial espionage one day? Do you?