William Shatner Has Launched His Own Social Network 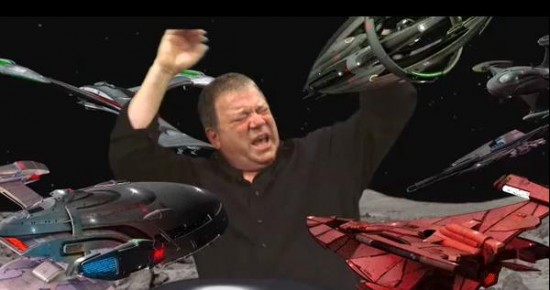 1. It’s a “Sci-Fi Social Network for those with a passion for the arts”: So no, this isn’t just another Trekkie fan forum.

2. It’s a network geared toward people who seek a career in the creation/production of science fiction, horror, and fantasy.

3. The network is divided into 12 categories–six “planets” and six “starships”.  Each planet represents a subcategory in the entertainment arts (Designers/Animators, Writers/Directors, Musicians/Composers, Gamers/Game Developers, Film/TV Producers, and Actors/Actresses/Comedians).

4. Each starship represents a larger creative project that, if you’re deemed worthy, you can be assigned to by a ship’s captain.  The site seems to suggest that these six main projects will ultimately be curated by Shatner himself.

5. Yes, the metaphor of starships/planets as entertainment industry carries through everything–to the point of confusion.  If you’re selected to work on a project/starship, you become a “crew member.”  Admins of the site form the interplanetary “Counsel.”

Unfortunately, the only way to see what types of projects these starship captains might be commanding is to register for an account, and in order for that to happen, the site needs to stop breaking (lots of error messages keep cropping up).

Even if you have no interest in the sci-fi arts or in joining yet another social network, you have to watch Shatner’s video explaining what his new site is all about.  Classic Shatner mixed with unbelievable special effects and one crazy-looking Red Chevrolet space ship.  Trust me, it’s good.