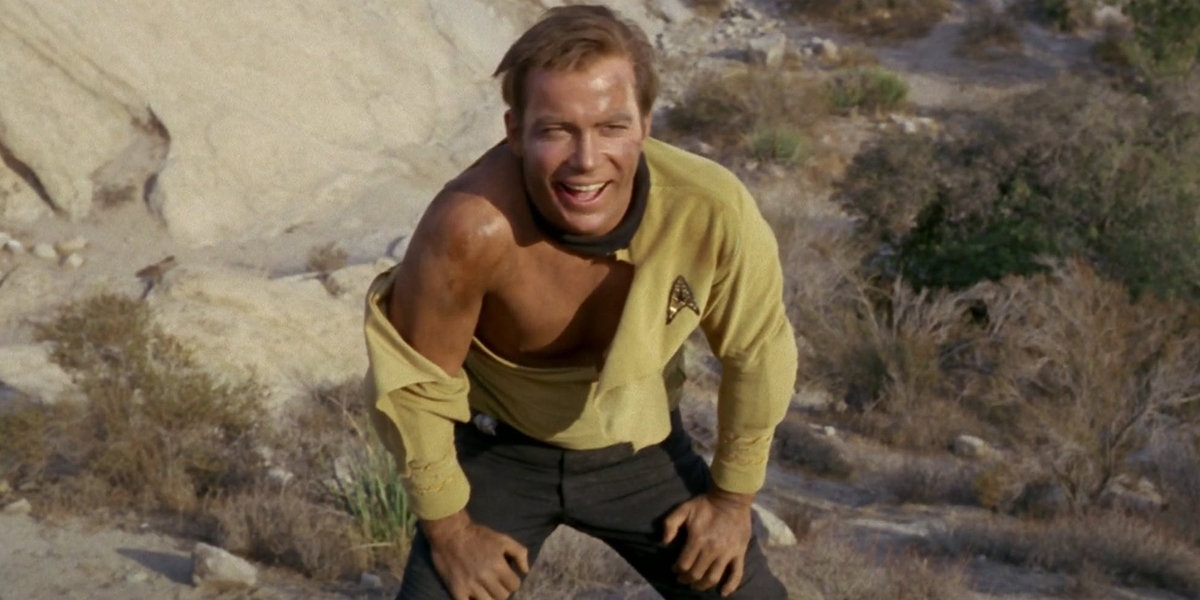 Let’s start by reminding everyone that Jim Kirk is actually a beacon of non-toxic masculinity despite what J.J. Abrams would have you think. We’ve also covered why William Shatner is a terrible ambassador for that character, due to being the opposite of what my Captain stands for. Now, Shatner has once more proved why some actors need to stay off social media with his latest comments on the #MeToo movement.

That’s certainly something to say, but it’s not unusual coming from the famously rude actor. These comments came about after he took to Twitter to defend “Baby, It’s Cold Outside” following a Canadian radio station pulling the song due to controversy. We’re not about to jump into the annual argument over the song here, but Shatner personally found the decision to be a poor one, referring to the detractors as “2018 prudes” who “‘want to interpret the lyrics as something else.”

Shatner then spoke about the #MeToo movement with Daily Mail TV, saying,

“In 2018 we have the #MeToo movement, which I think is great, that these hidden forces are exposed and not to be allowed and women have equal rights. I’ve got three daughters, I’m all for that. But if you look back at things that were written and said 20, 30 years ago, it’s a different context. And you’ve got to judge it by that context. Rape and pillage, absolutely not, those are crimes against humanity. But saying ”would you make love with me?’ and the opposing party says yes or no, I can’t fathom what’s wrong with that. It’s like saying would you have dinner, would you like to write a song with me, would you do an interview? I’m not insulted by you asking me to do an interview. Maybe it’s my mindset based on the years I’ve lived, but I’m trying to be fair and I don’t see the problem.”

He also refers to activists as “firebrands” and says that people have become “hysterical.” He’s had to change his behavior because “it’s a revolution.”

And in general, not putting your arm around a fan at a convention without consent is probably a good thing, but it doesn’t mean that you’re exempt from critique if you’re espousing terrible things online and treating women and their concerns as being “hysterical.”

If you can’t see why someone saying “Would you make love to me?” is different than “Would you do an interview?” then there’s a problem. The latter question is a professional one, while the other is deeply personal and shouldn’t be asked unless you know the person well and that’s an element to your relationship

Consent is a two-way street, and asking a woman or man if they want to sleep with you out of the blue or if you think you’ve been getting signals when they’ve just been polite or professional is creepy and invasive. No if, ands, or buts about it.

Shatner’s comments are disheartening, but not entirely surprising based on his previous comments. He’s just become a grumpy old man who’s full of dislike and distaste for social progress, which would hurt only slightly less if he hadn’t played such an important figure of non-toxic masculinity. Because, let’s be honest here, Captain James Kirk would never behave like this. There’s an episode in which alien Charlie gets a lesson in consent from, you guessed it, Jim Kirk.

If Jim Kirk heard about the #MeToo movement (which he’d technically know already about, because it would be part of Earth history, and Kirk’s a history nerd) or the controversy about “Baby, It’s Cold Outside,” he’d listen to the female crew members who were involved and would believe them, without equivocating about context. He’d take proactive action to make sure the ship was an inclusive space for all his crew. Spock would also be in full support of the #MeToo movement, as would Bones. There would be no time for nonsense, just supporting and believing women.

It’s disappointing to see your heroes turn out like this. I wish Shatner weren’t such a disservice to what his character stood for.