How Star Trek Boldly Warped Away From Toxic Masculinity: The Original Series

Get your mansplaining, womanizer Kirk out of my face. 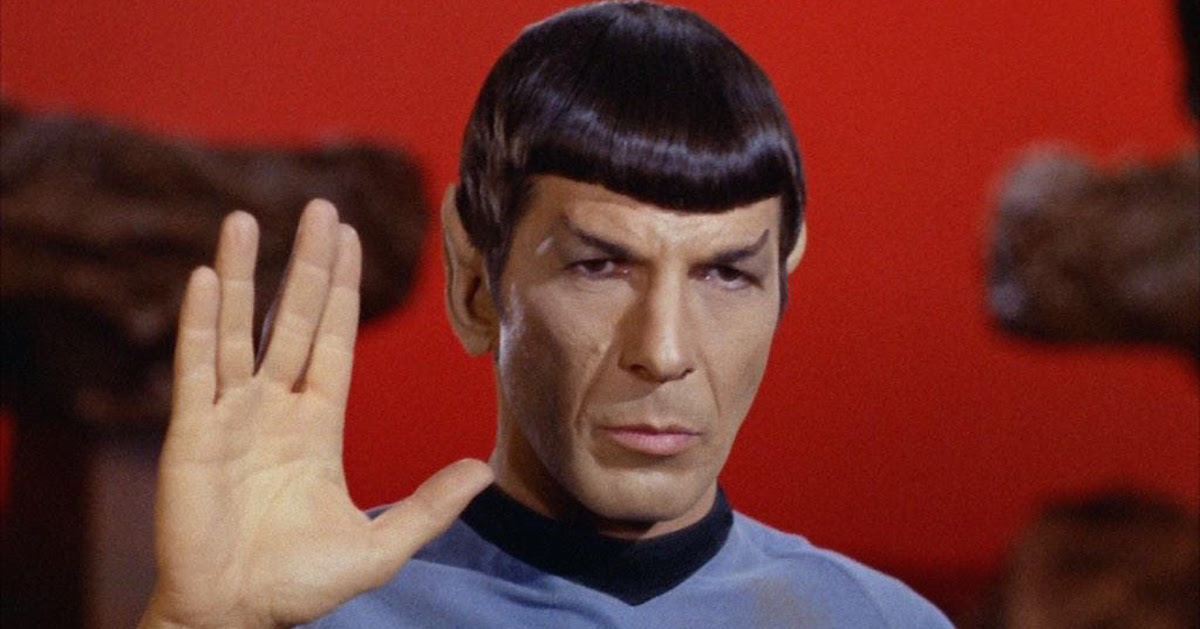 As you might have noticed by my Twitter feed, posts, and the fact I dug my old Starfleet uniform out of my childhood closet (science blues represent!), I am rewatching Star Trek. The goal, ideally, is to watch the entire franchise before the end of 2018, and it’s been nine years since my heart was soaring through space with the Enterprise, so rewatching the Original Series has been somewhat of a homecoming for me. However, there’s one element that keeps me constantly surprised, and that is the lack of toxic masculinity displayed by the crew members.

This is not to say that the series never stumbles. This is a child of the sixties, and there are things that make me cringe, like casual discussions of how the female crew members will all eventually leave to start families. But on the flip side, for a show set in the sixties, it espouses some serious social justice talking points. I’ve taken to calling it The Other SJW Space Franchise, as it is literally about a peacekeeping organization that is sent to the stars to make sure that peace is achieved. So many episodes involve the crew frantically finding nonviolent solutions to problems, and at the heart of this is the holy trinity of Kirk, Spock, and Bones, all of whom display non-toxic masculinity and are openly compassionate and empathetic individuals.

My favorite Captain Kirk line is, without question, “Leave your bigotry in your quarters, crewman. It has no place on the bridge.” This line, which comes early on in season one, is directed at a crewman who shows a disrespect towards Spock for his Vulcan heritage. Kirk doesn’t let that fly on his ship; he immediately shuts it down without question.

One gets the sense that, if there were bigotry aimed at any other member of the crew for any reason, Kirk would also shut that down immediately. There is no room for bigotry in Starfleet, and Kirk is even called out for his own prejudice against Klingons in one of the films. Episodes of the series also tackle the concept of bigotry on planets that the Enterprise visits, with Kirk and his crew speaking out against injustice.

Also, there’s an episode where Kirk teaches the alien of the week that he can’t just pull a Nice Guy routine and expect sex, and gives him a lesson on consent. So much for Kirk being a frat boy.

While we all want to mock Kirk for his terrible fighting skills, there’s also the fact that he will frequently resort to nonviolent methods of action to save the day. Often, it’s an inspired speech on his part that winds up convincing the villains of the episode to not be villains any longer. His priority is incurring as little loss of life as possible. He is not a braggart who seeks conflict, but someone who tries to avoid it at any costs.

Similarly, none of the Enterprise crew is particularly violent. Spock’s token nerve pinch is only deployed when necessary. Bones would rather let Mirror!Spock torture him than inflict violence on him. Uhura, Scotty, and Chekov tend towards the peaceful, and Sulu’s famous fencing skills are, in canon, about him keeping in good health rather than him having a desire to fight.

The Mirror Universe, first seen in the episode “Mirror, Mirror,” shows the complete opposite of the world of the USS Enteprise, and that is a world that thrives on toxic masculinity. Everyone carries weapons on them and advances in the ranks by killing their superiors. Through the treatment of Uhura and Lt. Marlena Moreau, we see that women are sexually harassed and abused by the men around them.

The men in the Mirror Universe display toxic masculinity in their treatment of everyone around them. By showing that the evil versions of our heroes are the ones who engage in toxic behavior, Gene Roddenberry drives home the idea that to treat those around you with respect and to seek out nonviolence are the heroic options, and that behaving like a violent, overly macho brute is your evil side.

Of course, we cannot talk about Kirk as idealized non-toxic masculinity without bringing up his best friends/life partners, Spock and Bones. Spock could have been a rude, condescending jerk. His higher intellect and logic could’ve made him into the most annoying Vulcan this side of the galaxy, but there’s a compassion for others that also drives him. He protects his crew and also searches for nonviolent solutions. He is driven by curiosity for the way the universe works rather than assuming he knows all, and when things go wrong, he assists in comforting Kirk. Spock is logic-driven by empathy, and that is key to understanding his character.

And Bones, my favorite Original Series crewmember, is entirely about compassion. As I said above, he stays behind and winds up getting tortured for his efforts to save Mirror!Spock’s life, because he refuses to let him die. Half the episodes involving him lead to him having a conversation with Kirk or Spock that all but boils down to, “Listen, I know that this person tried to kill us fifteen seconds ago, but they’re hurt, and I’m going to help.”

He also never demands credit for saving everyone’s lives on multiple occasions; he views it as simply doing his duty as a doctor and a human being. My favorite episode sees him sacrifice himself to save Kirk and Spock, despite there being a high chance of him dying, because that’s the kind of person he is.

The Original Series tackles a variety of political themes throughout the three-season run. Particularly, there’s a strong anti-war and anti-violence sentiment running throughout a majority of the more political episodes. The show is not always perfect—any utopia written in the 1960s will have sexism and racism running as an undercurrent throughout the dialogue and handling of certain themes, just as our prejudices still impact our writing nowadays—but it aims for a better future, for a better hope for mankind. It shies away from the dystopian hell that is the modern world and embraces a future where things might be a little bit kinder.

I’ll leave you with a quote from the episode “Is There No Truth In Beauty?” Guest star Dr. Miranda Jones references a Vulcan philosopher as she says, “The glory of creation is in its infinite diversity.”

Spock replies, “And in the way our differences combine to create meaning and beauty.”

That is at the core of Star Trek, and by embracing diversity, they also embrace a portrayal of masculinity that welcomes the new and diverse. From my research, I am excited to see how this theme plays out in the other Star Trek series, but for now, I am content to welcome a new vision of the future with Captain Kirk at the helm.