William Peter Blatty, Author of The Exorcist, Has Passed Away at 89 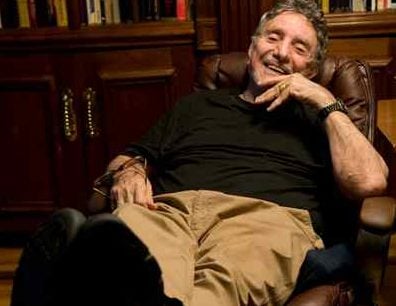 William Peter Blatty, author of the 1971 novel The Exorcist, has died. He was 89 years old. In addition to bringing the story to life on page, he also adapted it into a screenplay for the 1973 movie of the same title and won an Oscar for Best Adapted Screenplay. The story centered on a young girl who is possessed. Her family calls in a priest to perform an exorcism and things don’t go as planned. Most recently, it was turned into a TV show by Jeremy Slater for Fox. William Friedkin, who directed the movie, took to Twitter to offer his condolences.

In all, Blatty wrote 12 novels including The Ninth Configuration, Dimiter and The Exorcist of the 21st Century. He would go on to write 12 screenplays including The Exorcist III, which he also directed. According to Deadline, it’s based on his 1983 novel Legion. Fellow Horror writer Stephen King took to Twitter to pay his respects as well.

He will be missed.

(via Deadline, image via Wikimedia Commons)