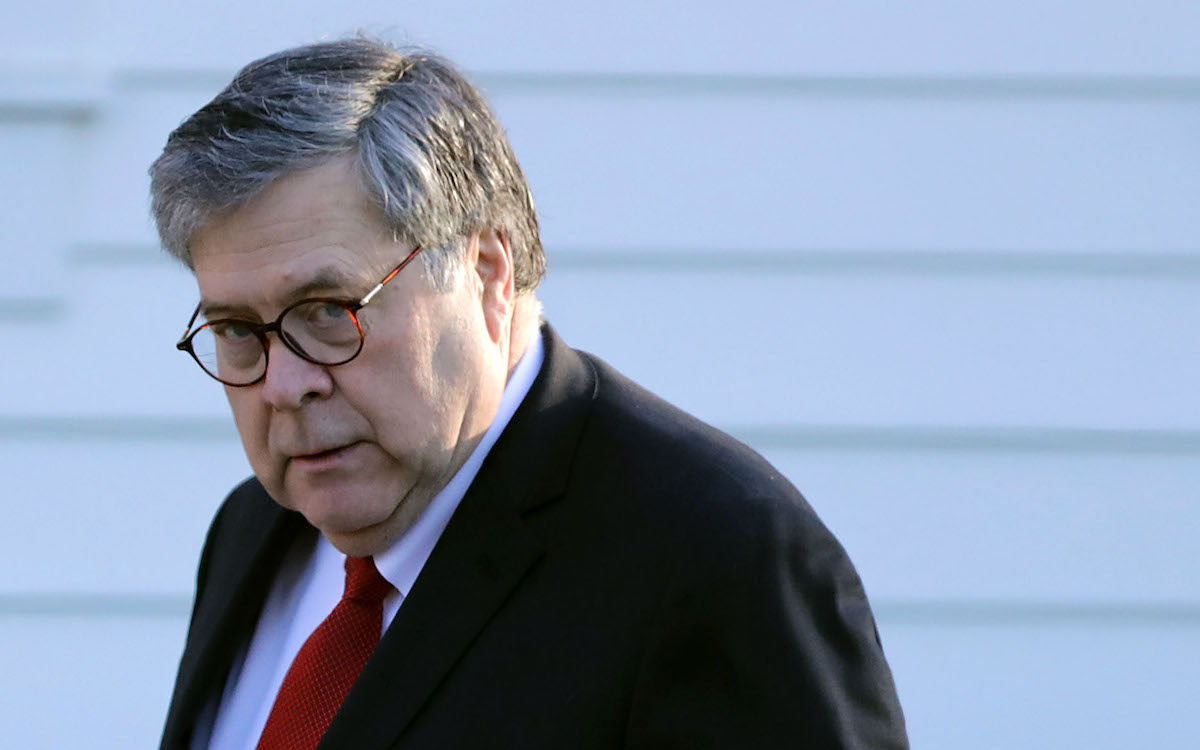 If you’re like me, your head has been so flipped with all the nerdy news out there in the world that you may not have realized that Donald Trump’s attorney general, William Barr, was being grilled by the U.S. Senate until you were physically confronted with it. Or maybe I’m just tuning out everything to do with the president because my brain can’t handle it.

Whatever the case may be, the Barr grilling is maybe some of the best television I’ve seen in quite some time. Republican members of the Senate are trying to justify Barr’s handling of the results of special counsel Robert Mueller’s investigation, Democrats are calling out what he did, and the whole thing is just geared towards a Primetime Emmy.

So, of course, Twitter is having fun with it.

AG Barr is a disgrace, and his alarming efforts to suppress the Mueller report show that he’s not a credible head of federal law enforcement. He should resign—and based on the actual facts in the Mueller report, Congress should begin impeachment proceedings against the President.

Bill Barr is the Johnny Cochran of Rudy Giulianis

Mr. Barr, the answer to your question “how did we get here?” can be found in Volume 2 of the report Mr. Mueller personally submitted to you.

Senator Graham: Was there an underlying crime here?

Barr: No but there doesn’t need to be to obstruct justice. But typically there is an underlying crime.

Mazie Hirono to Barr: “Mr. Attorney General, please give us some credit for knowing what the hell is going on around here.”

GRAHAM: Did you have a problem with the way Comey handled the Clinton investigation?
BARR: Yes, I said so at the time.
Barr wrote an op-ed in October 2016 saying Comey “did the right thing:” https://t.co/VkbyKWFzfx

Barr committed perjury and lied to the American people to coverup the fact that Trump obstructed justice and Lyndsay Graham wants to investigate….Hillary Clinton.

Mueller just per my last e-mail’ed Barr I— what is happening https://t.co/Relwm3mLr1

me, 2 minutes into questioning: pic.twitter.com/6naJkXM4HY

And don’t worry … it’s still going on if you want to watch for yourself.