Will The Legend of Zelda Ever Feature a Chubby Link? | The Mary Sue

Will The Legend of Zelda Ever Feature a Chubby Link? 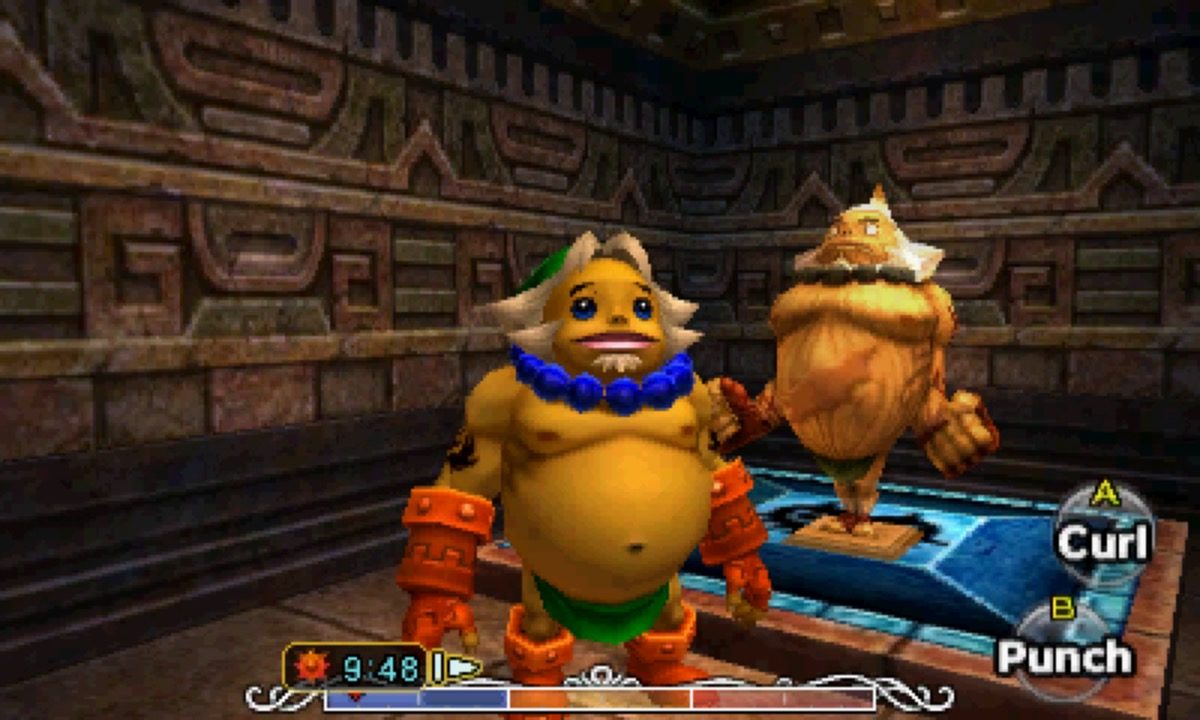 Arist Jessica A.M. recently posted a piece of fan art of Link from The Legend of Zelda: Breath of the Wild on Twitter. Jessica is a well-known artist and animator, so her art already drew attention, but what drew even more was how Jessica redesigned Link.

when I was playing BOTW I would make like, super hearty creamy radish soup and meat/egg/rice and salted steak and just use tons of those all the time instead of levelling up stamina… all the lifting, all the huge weapons, all the metal armour, all the cooking, well…
stronk pic.twitter.com/diVwRxeytu

for agreeing to donate a whopping $100 generous dollars to RAICES(and an extra $100 to MIRA) @jamessumneriii requested I draw a certain gerudo outfit as well… and for charity, absolutely!
Thank you so much for donating!!😊 pic.twitter.com/NDZtppTyOh

To quote Jessica in the tweet, “when I was playing BOTW I would make like, super hearty creamy radish soup and meat/egg/rice and salted steak and just use tons of those all the time instead of levelling up stamina… all the lifting, all the huge weapons, all the metal armour, all the cooking, well…stronk”

What Jessica wrote struck a chord with a lot of people due to the extreme lack of body diversity in fiction. Very often, male fantasy heroes are uniform: lean or chiseled men who take on the burdens of the world. This is especially true in fantasy video games. Dragon Age, The Witcher, and The Elder Scrolls often have minimal variability in terms of body size, if any. When heavier characters do appear, they are usually presented as either greedy and gluttonous at worst, or jovial and fun-loving at best. These are stereotypes.

What struck me about this piece of fan art—enough to write an entire editorial on it—was how content and happy Link looked in his unabashed glory. He has the same personality as in the games; he’s just stronger and stouter.

That begs the question: Should The Legend of Zelda series ever feature a chubby Link?

Link Has Changed Before

Many fans argue that the characters in The Legend of Zelda maintain a consistent design. Despite centuries and alternate histories dividing each incarnation of Zelda, Link, and Ganondorf, the characters look the same, right?

When looking at each version of Link, each one looks distinct and different. The original Link from the NES titles sported an orange under-outfit and longer nose. Wind Waker Link looks so different from the standard design that he counts as a different character in Super Smash Bros.

But the most interesting version of Link for our purposes is the one that appears in Ocarina of Time and Majora’s Mask. The “Hero of Time” himself sports several different looks. In Ocarina, Link appears as both a boy and an adult, looking very different in both iterations. In Majora’s Mask, the transformations continue, with Link undergoing several transformations depending on what mask he wears.

In the cases of the masks, each Link plays differently. Different skills are enhanced. The Goron form (pictured up at the top) even features Link with a thicker, stronger build. The “ultimate mask,” the Fierce Deity Mask, transforms Link into a buff God of destruction, able to take down bosses with ease. This idea of transforming Link didn’t go away, either. Most memorably, Twilight Princess featured Link transforming into a wolf, further cementing Link as a very good boy.

These changes are more substantial than Link changing outfits—a feature that already made Breath of the Wild a huge departure from the norm. Link putting on weight would be far more normal than Link turning into a Deku scrub.

Before moving on to the social implications, let’s look at how this would affect the game … as a game. From a gameplay perspective, a chubby Link could offer some interesting possibilities. In Breath of the Wild, Link’s abilities change depending on progression through the game. Link can barely climb at the start of the game, but, towards the end, can scale mountains. This sense of progression is reflected on a chart, but not visually.

While a character’s improvement in terms of performance is nice, physical reflection of that change would add to the game’s immersion. Link can start the game as a skinny little elf before growing visibly stronger. Perhaps not in large ways, but should Link tend to use strength more often, perhaps he could grow stronger muscles—or, at least, more defined ones.

Likewise, in Breath of the Wild, cooking and eating is a huge factor. It offers buffs, recovers stamina, keeps Link warm, etc. Perhaps cooking up lots of hearty food could affect link in other ways. This wouldn’t be the first time a game did this. Grand Theft Auto: San Andres and The Sims both featured similar gameplay features.

But how would this affect gameplay? Conceivably, it might offer extra protection against the elements and damage, making link more of a beefy heavy-hitter than we’re used to. Or perhaps this would make no alterations to the way Link plays, and the alterations would be entirely superficial. But so what? Why should fans care either way? Why should Nintendo make the effort to alter Link in any substantial way?

What It Means to the Player

Ultimately, all of these extra features are secondary to what it means to the player. Link remains one of the most iconic characters in video game history. Many choices made involving Link’s personality, appearance, and role in the narrative are, by design, to make him easier for the player to project themselves onto him. Link, especially in the early games, is just “you,” going off on a quest to save a princess.

However, as time went on, Link’s character became more defined—or, at least, he went from just a video game avatar to a beloved figure in gaming canon. While in pixels, he was this squat, nondescript character, as game graphics improved, Link felt more tangible.

As such, Link moved away from being a self-insert. Legend of Zelda: The Wind Waker presents a drastically redesigned Link with a ton of personality. After that, Link’s character, often without dialogue, became distinct on its own, but people still wanted to identify with him.

Let’s address the elephant in the room here: Representation is incredibly important to help validate and empower players. It’s very simple. You don’t need a character to look or behave like you in order to enjoy playing the game at all, but it’s really nice if you could. There’s an ever-increasing number of diverse avatars in video games, with many games offering a great deal of customization options to help players create characters they can identify with more intimately.

Breath of the Wild took the franchise’s first steps into customization, with its character outfit options. However, the ability to change Link’s build—making him stronger, heftier, etc.—would go a long way to making Link feel more real. His body can change, which would make him feel more real, more vulnerable, but also far more powerful.

If you have any doubts that people would not respond positively to a chubby Link, let’s return to Jessica A.M.’s original artwork. Many of the comments responded positively to the new Link design, stating that Link looked like them. To see someone looking like themselves made them feel good, strong, and valid about their own bodies, which are so often shamed in society. But it also helped that many commenters actually just plain thought new Link looked really, really good in general.

Whatever the reason, there’s an audience that wants to see Link looking different than his traditional appearance. Will Nintendo do it? Perhaps. It isn’t likely, but Breath of the Wild shows just how far Nintendo will innovate on their original game—and how successful that can be. It remains to be seen what the future can bring for Link on his many adventures throughout Hyrule.

Anthony Gramuglia has written for CBR, ScreenRant, Anime Feminist, and Vocal. He is an MFA Graduate with an enthusiastic love for writing and all sorts of fandom stuff. You can follow him on Twitter at Check out @AGramuglia.