Crank up the Oasis and let's get to speculating! 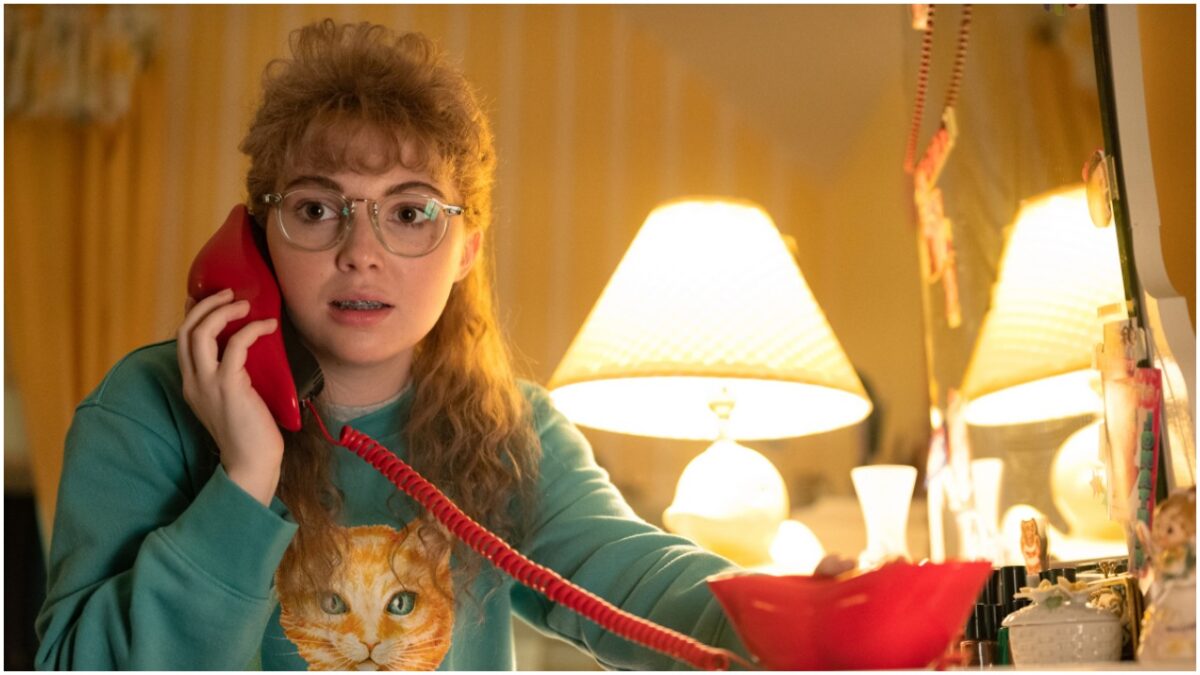 2021 was another banner year for television, delivering plenty of binge-worthy new series. But few have grabbed us as viscerally as Showtime’s Yellowjackets. The twisty horror mystery follows two connected storylines. One takes place in 1996, where New Jersey girls high school soccer team the Yellowjackets survives a horrific plane crash in the remote Canadian wilderness, where they are stranded for 19 months. The second follows the survivors in present day, as they still struggle with the trauma of the past and the secrets they still keep.

Some seriously spooky shit went down in the woods, and each episode of the series juggles multiple mysteries. Was there a supernatural entity in the woods that haunted the girls? Or was the ensuing mental illness, chaos, and cannibalism inspired by the girls alone? With only three episodes left in the season, let’s dig into our wildest fan theories about Yellowjackets.

***SPOILER ALERT: This post discusses the plot points of Yellowjackets through episode 7, “No Compass.”***

Who Is the Antler Queen?

Yellowjackets has multiple mysteries going on, but the most pressing one is the identity of the Antler Queen, the one who watches over the cannibalistic ritual and is seemingly the leader. Many online think it’s Lottie, who has visions of the future (and possibly schizophrenia). It’s a fair guess, considering Lottie’s visions are accurate. She also stands in front of the antlers wall décor, which may be a bit of foreshadowing.

I’m pretty sure Lottie becomes the “antler queen” or whatever they end up calling her. #Yellowjackets pic.twitter.com/xY1Lj8KFVi

But the Antler Queen could be anyone (expect for Misty, who we see unmasked in the ritual). My money is on queen bee Jackie (Ella Purnell). The formerly popular girl has seen her stock drop in the woods, thanks to her uselessness and lack of survival skills. But with Shauna’s betrayal, I think Jackie goes off the deep end and leverages her mean girl skills to be a cult leader.

Who Gets Sacrificed in the Opening Scene?

Few shows have had as compelling an opener as Yellowjackets, which sees an unnamed girl running through the woods before she falls into a pit of sharpened stakes. That girl is then ritualistically killed and eaten by the Antler Queen cult. I do think that Lottie is the victim, despite signs pointing to her being the queen. After all, as the visionary of the group, her loss would be the most devastating, and her abilities make her a threat to any entities (supernatural or not) looking to destroy the group.

It would also make sense for the victim to be a minor Yellowjacket so the main players can stay in the series, but Yellowjackets seems more than willing to kill its darlings. And it’s all the darker if the girl is someone we know and love.

Who Is Blackmailing the Surviving Yellowjackets?

I feel like this one has to be Shauna’s husband Jeff. We know the furniture business is struggling, and Jeff has access to Shauna’s journals so he would know about the symbols. Shauna assumes his sneaking around is a marital affair, but that’s too obvious and the show is smarter than that. But there is another possibility…

What Is Adam’s Whole Deal?

Clearly there is more to Adam besides him being Shauna’s side piece. Is he the blackmailer? Many have speculated that Adam is an adult Javi, the coach’s younger son who seems to have a crush on Shauna. This is highly possible, but would Shauna really not recognize him? He’s clearly more involved with the Yellowjackets than he is letting on, and he’s lying to Shauna about something.

Did Jackie Survive and Come Home?

So far, we know that more girls survived the wilderness beyond our core four. And eagle-eyed watchers who caught a look at Jackie’s old journal noticed entries discussing films from after the plane crash. So did Jackie survive only to die back in New Jersey? Did she run away? Or is the journal a fantasy of Shauna’s?

OH ???? (+ last pic is my thoughts on this) #Yellowjackets pic.twitter.com/n1cYRieYSb

This opens up a world of possibilities: IF Jackie survived, where is she now? Did she threaten to reveal the group’s secrets so the surviving Yellowjackets killed her to keep her quiet? Did SHAUNA kill her? And if Jackie IS still alive, who would play her modern day self? Let the fan-casting commence! I mean, if you really want to blow our minds, give us Winona Ryder as adult Jackie.

We also still have more survivors to reveal, and it will be interesting to see if we meet any new Yellowjackets in the final three episodes or if the show is holding onto them for future seasons.

Who Is the Man With No Eyes?

Taissa and her grandmother saw the Man With No Eyes on her deathbed, and we see him appear in the woods during the opening credits. We know that Taissa is having some sort of stress/trauma response that leads to her sleepwalking and compulsively eating dirt. But is the Man a vision manifested by mental illness or is he something supernatural haunting Taissa’s family and the girls?

What Happens to Shauna’s Pregnancy?

Pragmatically, I think between the extreme stress and starvation, Shauna is going to miscarry. But if she DOES end up having the baby, there’s no way it survives. Darkest timeline points to those girls eating that baby, but that’s pretty damn dark. After all, Shauna had that dream where she gives birth to a rotisserie chicken aka foreshadowing. So disturbing, yet so possible.

Why Is Callie Such a Bitch?

Shauna’s daughter Callie is the absolute worst, which isn’t surprising since Shauna seems pretty checked out as a parent. Callie also has a weird lack of curiosity around what her mom went through in the woods, although maybe she has just been stonewalled by her mom. If I were that kid, I would be hosting a podcast and investigating every Yellowjacket there is. But also, maybe it’s simpler than that: teens suck and are dicks to their parents.

What are your favorite Yellowjackets theories? Let us know in the comments!