Widows Reinvents the Crime Movie by Empowering Its Long-Suffering Women 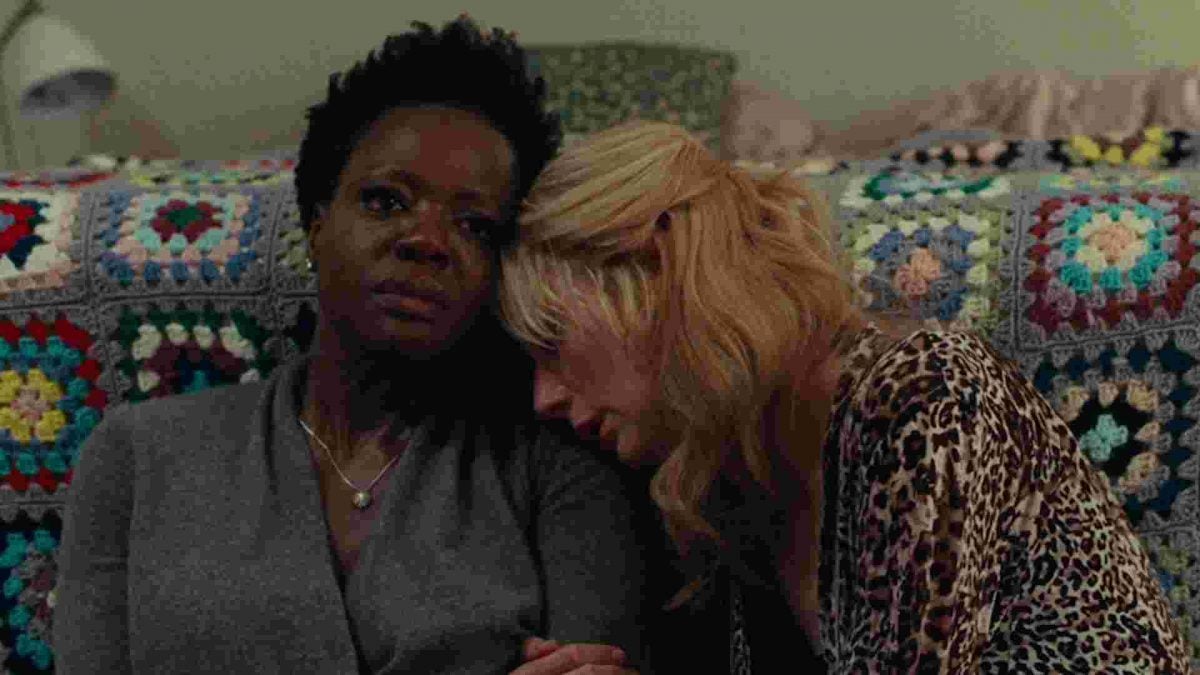 **SPOILER ALERT: This post discusses major plot points and the ending of Widows.**

If you’re a female character in a crime film, you’re meant to suffer. Film noir, heist movies, and gangster epics are all built on a solid foundation of female pain: the mothers grieving for their slain sons, the wives left ignorant of their husband’s crimes, the mistresses who take on the brunt of the anger and abuse … To be a woman in a crime movie is to be an empty vessel, ready to receive a male characters’ adoration and rage in equal measure.

Think of Vera Farmiga’s therapist/lover role in The Departed, or Carey Mulligan in Drive, or Rebecca Hall and Blake Lively in The Town. These women are either symbolic prizes to be won, or emotional crash pads attempting to humanize the male characters. They only exist in relation to the men who drive the story.

That’s exactly why Steve McQueen’s Widows is such a breath of fresh air in a tired genre. The film has already received rave reviews for its fierce performances, effortless diversity, and stylish filmmaking, which are all well deserved, but what sticks with me days after watching it is how Widows empowers its women.

The setup for the film is simple: three women, Veronica (Viola Davis), Linda (Michelle Rodriguez) and Alice (Elizabeth Debicki), are drawn together after their criminal husbands all die in a heist gone wrong. Now, the women must work together to pull off a robbery that will pay off their husbands’ debts to local crime boss Jamal Manning (Brian Tyree Henry). In doing so, they cleverly subvert the classic “women in crime film” tropes of mother/wife/mistress.

What binds the women together is not only their husbands’ work, but their shared betrayal at the hands of the men they loved. Linda’s husband Carlos gambles away their money, even signing over her clothing store to pay his debts. Carlos dismisses her concerns, calling her crazy in front of their two young kids. Yet, when he dies, he leaves his family entirely defenseless. Even Carlos’s mother victim-blames Linda for his death, instead of her criminal son for his own actions.

She fares better than Alice, whose husband Florek is violent and abusive. When Florek dies, Alice’s abusive mother Agnieska (Jacki Weaver in a small but powerful role) pressures her into sugar dating, reinforcing the idea that Alice’s good looks are the only thing she has to offer.

Both Alice and Linda find motivation and self-worth in planning and executing the heist. It allows Linda to provide for her family and reopen her dress shop, while it allows Alice to find independence and self-worth. Alice uses her looks and vulnerability to acquire the getaway van and the arms the team needs, while also finding out the heist location from her sugar daddy David (Lukas Haas). She goes from being used to using others for her own gain.

Veronica is also subject to a betrayal by the man she loves. Her grief over losing her beloved husband, Harry (Liam Neeson), is a driving force in the film, only to be flipped when she discovers that Harry wasn’t the man she thought he was. Veronica must let Harry die twice in order to fully move on and embrace her independence, opening herself up to the other women in the process. Even though Veronica tries to remain distant from the other wives, she can’t help but be emotionally drawn in by their shared trauma.

It’s this shared experience of being denied and disregarded that unites the team, whose lives have all been colored by the violent men in their lives. Even Cynthia Erivo’s Belle is at the mercy of bad men, as she works in a beauty shop that’s subject to regular shakedowns from a corrupt local politician. By pulling off the heist, the four women earn not just a payday, but a means of agency and independence. They aren’t simply stealing money, but reclaiming their lives and autonomy, taking steps towards healing a lifetime of wounds.