"I will give you a name...and I shall call you NO MORE LINKSYS."

The Elvish smiths of Gondolin had their priorities straight: having an early-warning system for nearby goblins and orcs is all well and good, but finding accessible Wi-Fi networks is just as important. And now, thanks to the work of some enterprising nerds over at Spark.io, Sting’s true web-cutting potential has finally been revealed!

Spark.io has devised a step-by-step guide for hobbitses and humans to transform Hobbit Sting merchandise into WarSting: A Wi-Fi scanning sword. After the mini Wi-Fi development kit SparkCore is inserted into Sting, the sword will turn blue when near an unencrypted network. Sting’s wielder can then slash the air to join and share the message “{YOUR WI-FI NETWORK} has been vanquished!”

Should you feel guilty about using Sting to seek out unsecured networks, remember that the project was inspired by WarKitteh, a collar designed to turn cats into roving, furry hackers. So take heart: no matter how ruthless you and Sting and may be, you’re never as merciless as a cat on free Internet patrol. 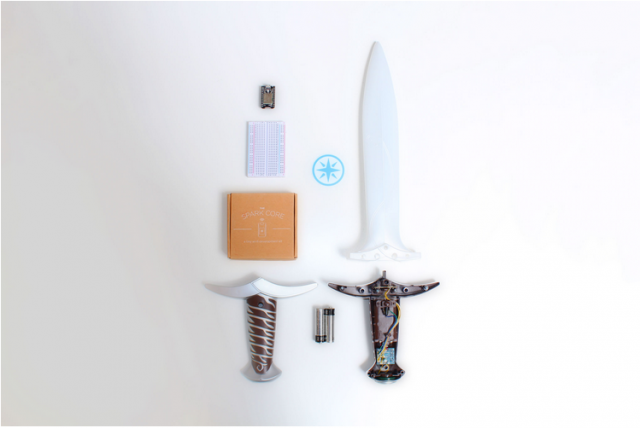 Bilbo BagginshackingThe HobbitThe Hobbit: The Battle of the Five Armieswi-fi