Why Television Is Even More Important to Me After the Election 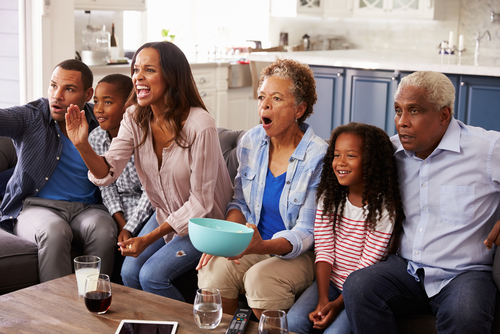 The past two weeks have been a rough time for many of us, myself included. There’s a sort of normalcy that’s trying to creep back in, though it’s hidden behind the facade of normalcy and hidden hate that has recently crept back to the surface. Social media has been littered with so many words from others about what this time means to them, how to mobilize and take action. But even with all of their suggestions, I’ve been so stuck on exactly how to move forward.

To be honest, my usual self is silenced by the fear and heightened worry about what my future will look like, especially with targeted harassment towards marginalized communities on the rise. One of the few things that have brought me solace has been—unsurprisingly—television. In particular, Supergirl and Jane The Virgin.

I know what you’re thinking—how could you be talking about fictional characters on television at a time like this? Trust me, I’ve had the same thoughts myself. I’ve been wracking myself with guilt over the fact that instead of wanting to burn the world down because of the injustice that my community has faced, it’s been hard to get out of bed or even get back into a normal routine. The comfort and self-care that has come out of watching these shows has done more for my healing than anything else. And I’m grateful for that.

Grief is a process that doesn’t have a straight line. And make no mistake—marginalized people are grieving. But I think in a time when there’s such heightened awareness about what social justice and social justice activism looks like that we sometimes rush to assume that there’s only “one right way” to grieve. Marginalized groups (especially Black and other people of color) have been historically categorized by our respectability. We’re taught to not be “too angry” and expected to jump right into protesting and marching—when that just isn’t accessible or fair for many of us.

For me, giving myself permission to process through these fictional shows isn’t about looking for an escape. It’s about seeing a world that’s familiar to my own, but one that I can settle into as I try to understand my own new reality. It’s about seeing problems that I can relate to so much on my own—Alex’s coming out, Jane’s struggle to go after her dreams or fit expectations set for her—in heroines that are just as comforting and familiar to me. I may not be fighting monsters every week or discovering my father is a huge telenovela star that my mom has hidden from me for over a decade, but Jane and Kara both give me optimism that I can be strong in my own way to overcome the battle before me.

I’m not exactly sure what will happen in the next four years. I know that marginalized communities will have to fight harder to keep the victories that we’ve gained over the last few years, and we will have to fight for our own humanity to be seen as valid. That thought sends trembles through my body, but it also makes me feel a little less alone. I know that this isn’t a struggle that we have to endure alone, and that we will find a way not just to survive, but to thrive and live and celebrate our humanity as we deserve to.

I believe that media—especially nerd culture—is an important part of this process. Nerd culture has always centered on the idea that goodness will prevail and that hero will conquer over evil. Now more than ever, we need media that can give us hope and joy and push us to go a little bit farther. We need media that we can both escape into and which reminds us of the work that remains to be done. We deserve media that leans into the struggles that we are facing, and doesn’t opt out of that responsibility because it’s not real. Because fictional or not, these stories mean a lot to me. And they’re a core reason that I truly believe that we will be okay.