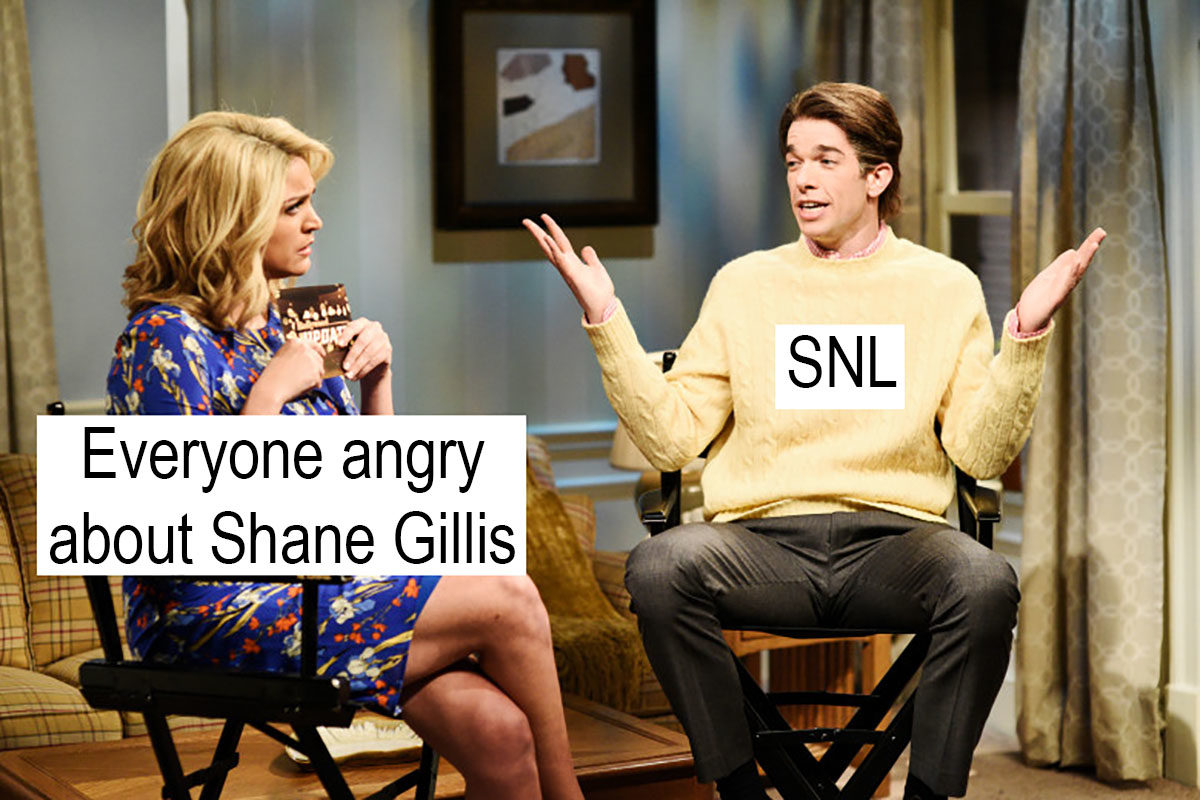 I want to start this by saying that I love Saturday Night Live and have for my entire life. I grew up a night owl, and so, on Saturdays, my dad and I would stay up late watching it because I couldn’t sleep. I long for the lost season 11 so I can see Joan Cusack and Robert Downey Jr. making fun of Francis Ford Coppola movies. But what I don’t like about Saturday Night Live is its inability to have a show that is not primarily white male comedians.

It’s gotten to the point now that they made history by casting Bowen Yang, who was a writer for the show last season, as the first East-Asian cast member—great, although not so great that such a first is only now happening—but then also cast Shane Gillis simultaneously. Why is it bad that Shane Gillis was cast? Well, let me tell you about the time that Shane Gillis thought it would be “funny” to go on his podcast and talk about Chinatown and throw around racist jokes like it was the ’90s.

You can watch him in the video below, as he talks about the architecture of Chinatown, calling the buildings ugly, and then throws out a racial slur as if this is (a) acceptable, (b) not racist, and (c) as if this is several decades ago and people just threw it around all the time (still not acceptable then, but you get the idea).

today SNL announced the hiring of its first cast member of East Asian descent, and also this guy pic.twitter.com/0FAGJZJUkK

At first, it took me a long while to realize what he was referring to and realized that he was being racist over the pronunciation of “noddles” through this entire clip. But that’s not even the worst of it. Here’s another clip, where he says that a person of Chinese descent learning English is more annoying than minorities playing music loudly on their phones (to paraphrase) because, you know, only minorities do that?

Is it not equally annoying when white people do the same thing? Is Shane Gillis okay with a white dad, sitting down in his Reeboks, blasting John Cougar Mellencamp in an Arby’s? Also, what is wrong with someone trying to learn a new language?

this, again, is from September 2018 pic.twitter.com/inYFT22zjl

Now, let’s talk about this. What we’ve come to know as a society is that many comedians (particularly white straight male comedians) have made jokes in the past that they’re now being called out for, with the internet giving so many more people a voice to do so. Well, Shane Gillis here said this in September of 2018. So … it’s not like it was years ago and he’s grown up since.

To be quite honest, I’m tired of the idea that you have to “push boundaries” by saying things that no one else will. No, your racism/sexism/homophobia is not revolutionary, nor is it comedy. It shows that you can’t create a character, and can’t explore a comedic element to a scene, without resorting to the lowest common denominator. Make no mistake, comics who make these “jokes” aren’t saying something new, interesting, or taboo. They’re the ones upholding the status quo, standing on the side of the bullies rather than the bullied.

That’s not taking a “risk.” It’s lazy comedy, to be quite frank. That’s why all these comedians suddenly up in arms about having to be politically correct astound me because, if you were good at your job, you would make jokes that aren’t rooted in racism, sexism, or homophobia.

Gillis offered an apology (sort of) for the offensive jokes he’s made in his 10 years of comedy, but again, and I cannot stress this enough: This was September of last year. You can read his bad apology in Twitter, where he acts like racist jokes are inevitable in comedic “risks” and says he’ll apologize to anyone “actually offended,” almost as though he’s not really sorry at all and thinks he’s just being misunderstood by bad-faith criticism.

Do I think he should be fired from Saturday Night Live? What does it matter? I know it won’t happen; I don’t expect much from that show. I love it dearly, but Michael Che did openly compare street harassment to being famous and then fought women on Twitter about it, so my expectations are low.

What I will say is that NBC should really start vetting these comedians they are bringing onto the show, because it isn’t fair that comedians who deserve those spots on Saturday Night Live are having them go to men like Shane Gillis, who think putting on a racist accent and making fun of Chinatown is okay.