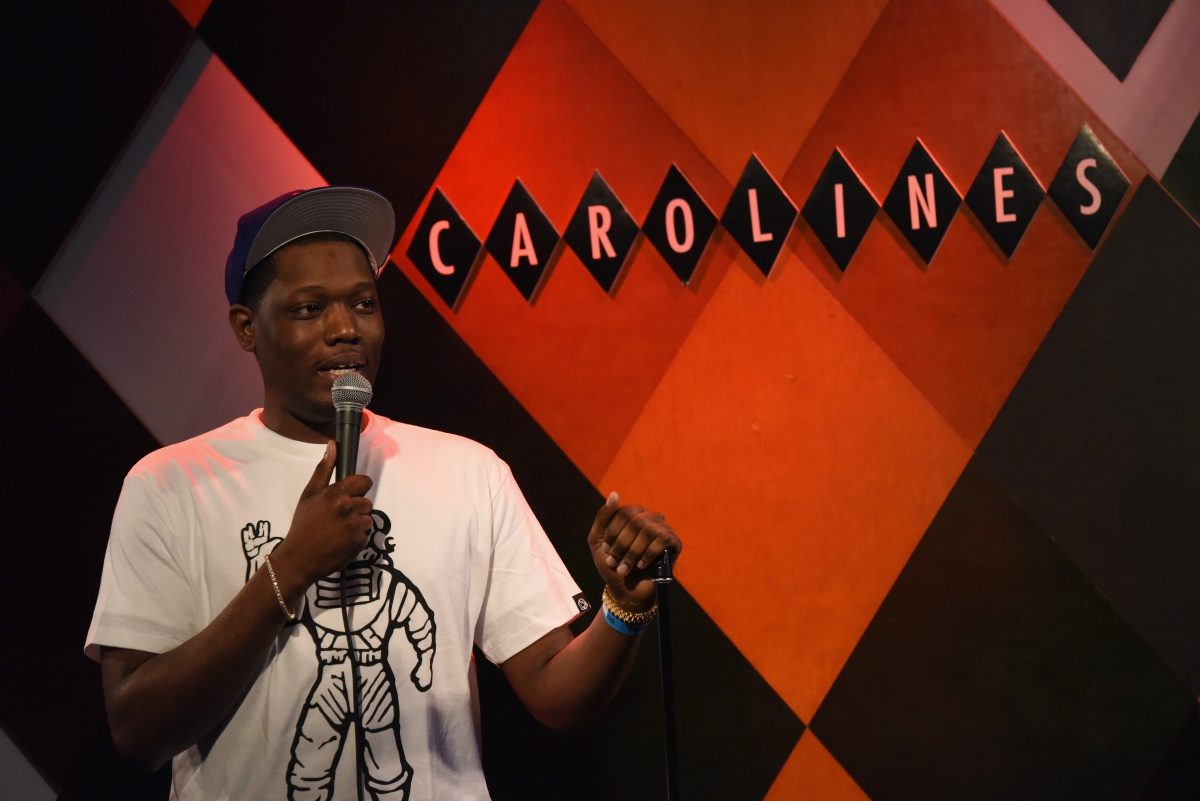 Comedians. For all their complaining about youths and safe space, freedom of speech and the need for us to stop being so sensitive, they allow their own fragility to rise to the surface and deliver such acts of man-baby excellence, it is almost scary to think they see themselves as the “mature ones.”

In true form, Michael Che decided to take to Instagram stories to call for his followers to harass Allen and explained to all of us how we nerdy fuckfaces of the internet don’t understand comedy and what it means to make people laugh. Um…okay?

Che also shared the email he sent to Allen: 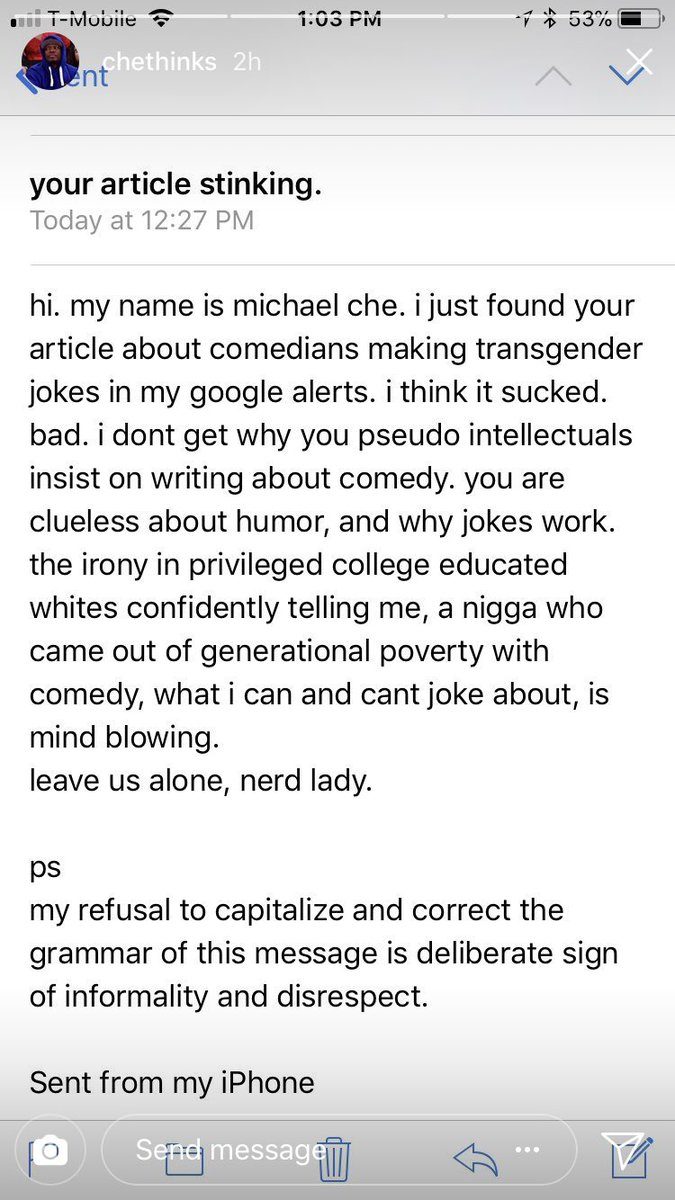 As a college educated black woman who used her education to better herself, while living in one of the most dangerous parts of Brooklyn, as the child of not one, but two immigrants, all while not having to participate the social othering of a minority group to suecced—do not turn this into a “white people thing.”

For some reason, comedians have decided to make Caitlyn Jenner the face of transgender women and highlight her accomplishments, her privilege and her experience as the trans experience, ignoring the fact that Jenner’s experiences are within the 0.1% of trans experiences. She had money and power before she transitioned and was always a Republican try-hard, so I’m not sitting here defending Caitlyn Jenner for her politics, for her family, and for her privilege. She has all of that and should be dragged for any nonsense she spews because of that.

Her identity as a trans woman, however, is not funny. Not when rates of murder of trans people are on the rise. But no, it’s worse that you have to get called out for using the wrong pronoun.

Something that stuck with me from watching Dave Chappelle perform live discussing his feelings about the backlash he got from his trans jokes was “when have people ever cared about black men’s feelings?” referencing Caitlyn’s whiteness. This part bothered me then and it bothers me now because it ignores, once again, women of color.

The trans women who are getting murdered the most in this country are not Caitlyn Jenner. They are black women.

The erasure of the black and brown trans woman experience when these comedians are sharing their jokes is intentional. Caitlyn as a white woman is a perfectly mockable figure because her connection to the Kardashians and being a Republican, but when you misgender Caitlyn the negative repercussions of those jokes will not hurt Caitlyn.

If you take a hop and a step to Google and look up “transgender murder rates” you will find plenty of statistics telling you that black trans women are being killed at a higher rate.

AVP spokesperson Sue Yacka told The Daily Beast that of the 17 homicides of trans and gender-nonconforming people in 2017 that the project has counted so far, 16 had been people of color; 15 had been transgender women; and 13 had been black transgender women. “This is that we know of,” said Yacka. “The figure may be much higher, due to misgendering and misnaming often by police and local media.”

When you highlight Caitlyn Jenner as the face of trans rights because it is easier for you to hate her, you are erasing the accomplishments of Janet Mock and Laverne Cox who have been at the forefront of this issue longer than Jenner. But even the non-pop culture related black trans activists: Marsha P. Johnson, Miss Major Griffin-Gracy, Tiq Milan and others who are not only in these streets, in the front line, fighting for their right to live, but also the rights of all black people.

Neither your blackness. nor your profession justifies transphobia,  and the fact that you would use either as a defense for your jokes instead of just taking the L and moving on is a sign of your lack of willingness to understand the issue. Many of us have had to adjust to the changing language within race, gender, and sexuality throughout the decades. It’s not easy, we make mistakes and it takes time to correct things, but it is necessary. It is necessary because people are dying.

You know how systematic oppression works, you wrote that you worked to get out of it yourself, so why now do you want to participate in it?

So Michael Che, despite not writing this piece in all lower case (the nerdy fuckface in me won’t allow it) please know that right now, this whole article is a deliberate sign of disrespect. Not only because you don’t make me laugh (don’t take it personally. Most men don’t) but because you willingly and carelessly decided to show your whole ass to defend a mentality that gets people who look like you and me killed.